While westerns may have fallen out of favor in recent decades, there were a lot of them in the 1950s, ’60s and ’70s.  Many brought great theme songs to television and I will offer you my favorites here.

If I could not recall the tune without finding it online, I could not consider it for my Top 10.  I did uncover quite a few that I had forgotten.  Perhaps you can suggest more in the comments below.

The Lone Ranger had a great theme, but it was actually Gioachino Rossini‘s Guillaume Tell, better known as The William Tell Overture. 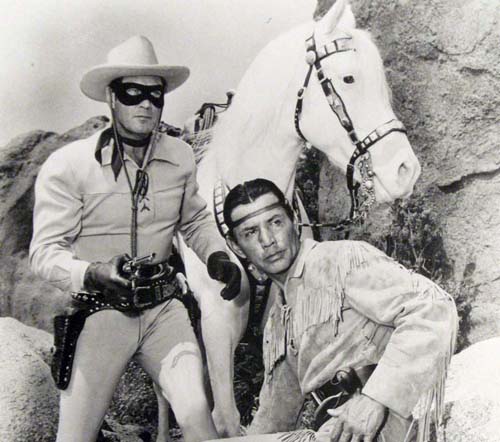 Gene Autry and Ray Whitley wrote Back in the Saddle Again, not to be confused with the Aerosmith tune, Back in the Saddle.  Autry’s 1939 song was so much associated with him that it seemed logical to use it for his 1950’s era television show.

Roy Rogers Show. Dale Evans wrote Happy Trails which was used for the Roy Rogers radio and later television show in the 1950s.  The show starred Rogers and Evans who were married and extremely popular country and western stars.  The song was released in 1952 and has been covered by many artists.

10. The Wild, Wild West.  Nope, not the one by Will Smith for his movie version of this television series. This one is a classic.

9. The High Chaparral. The television series began on NBC in 1967 and had a theme that invoked the great outdoors. This music would have fit nicely into many of the great western movie epics.

8. Bat Masterson “Back when the west was very young…” a cool guy used his cane rather than a gun. I could sing along with this one every week.

7. Wagon Train. Wagons Ho was actually the third theme for this show. The season one (1957) theme gave way to another in season two and that was changed to an instrumental version as the season went along. Season three introduced the theme you probably would remember. 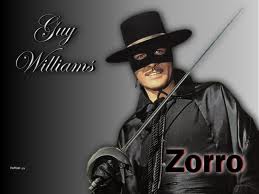 6. Zorro was “The fox so cunning and free.” The Disney produced show premiered in 1957 and only lasted two years but the song lives on.

5. Have Gun Will Travel. The Ballad of Paladin. This was actually the closing theme, written by Johnny Western (a stage name, perhaps?), Sam Rolfe and the show’s star, Richard Boone.

4. The Big Valley  This western was not only in a big valley, it had a big name cast led by movie star Barbara Stanwyck.  The theme was by George Duning.

3. Maverick  “Who is the tall dark stranger there?”  Well, the cast of Mavericks kept changing.  Initially it was James Garner and after 8 weeks a brother played by Jack Kelly came along.  There were  4 brothers and a cousin (Roger Moore) by the time they were through.  The theme was by David Buttolph and Paul Francis Webster.

2. Bonanza, by Jay Livingston and Ray Evans.  These two were well acquainted with hits, including the famous Mr. Ed.

1. Rawhide.  The hit tune sung by Frankie Laine was famously covered by the Blues Brothers in their first movie.