Last night, tired of the endless depressing, appalling, horrible news from around the world, Garry played a movie he had previously recorded.

San Andreas Fault is not merely a disaster film. It is every disaster film you have ever seen in one film. It’s earthquakes that will turn Kansas into the Pacific beach capital of the nation. It’s crashing buildings, towering infernos, the hugest Omigod tsunamis. We get to see the bravest heroes and most craven cowardice.

It’s all there. Everything you can pack into a movie is in this one. From CGI to humor (parts are so bad they are funny) to the end of the world, to the final line we all know is coming.

Every cliché from every disaster movie made in the past century are in this film.  I’m pretty sure we’ve seen all of them, but we’d never seen this one before.

I think it was originally filmed in 3D. Everyone said it was drivel, but it made more than $300,000 million at the box office, so clearly drivel sells well.

It certainly sold well at our house last night. When the intended second husband of Dwayne “The Rock” Johnson‘s wife (Carla Gugino)  played by Ioan Gruffudd (aka “The Asshole”) abandons Rock’s daughter to her fate, trapped under fallen cement in a parking garage, it’s no less than you expect from the cowardly CEO of a major corporation.

We know they are cowards because … well …that’s what they always do in the movies, right? Have you ever seen a brave, manly CEO stand up to anyone or anything outside a boardroom? Especially when they are trying to marry the hero’s ex-wife who we all know should be with the hero.

Even though The Hero can’t utter a coherent sentence (and probably hasn’t since he came back from The War) (insert name of war here), he’s a hero (with medals to prove it) and would never run. Not even when a million tons of water and a complete cruise ship is about to fall on his head.

Ultimately, the family reconnects. The entire west coast is smoldering ruins covered by about half the Pacific Ocean. There isn’t a bridge, a building … nothing. Total, absolute devastation from Canada to Mexico.

Garry is giggling to himself.  Because he knows. I know. We both know. It’s coming. That final line.

The Rock (who is no longer the Rock), arm around his wife, his daughter  (having been saved by him of course), is gazing over the wreckage of the world and Garry murmurs sotto voce: “Now … we rebuild.”

Garry collapses into laughter. The last time he laughed that much was when Trevor Noah had Ben Carson on the show and Trevor did a better Ben Carson than Ben Carson.

Garry was still howling while the credits rolled. It was a perfect ending.

We’d seen the world end. We’d see the best, the bravest. The worst. We’d seen the most depraved cowardice imaginable and in HD wide-screen. In our own living room, no less.

But now, we will rebuild. We have to rebuild … because … SAN ANDREAS 2 is coming!

As the headline says, this will finally allow The Rock (who no longer calls himself “the Rock”, so you have to call him Dwayne) (it’s a long way from being ‘The Rock’ to being Dwayne) to punch an earthquake.

Then, we will rebuild.

Having not picked up the camera except to shoot a flower or two, once I got started shooting, I didn’t stop for quite a while. I missed the Cardinal who was sitting there until the exact minute I pointed my camera over there. He must be eating because he’s quite a porker of a bird. Garry commented that he could even see his feet past that big red belly.

I think the real issue is that he is an early morning feeder and I am not usually taking pictures early in the morning. That’s when I am sleeping, or at least trying to sleep.

But from when I got up and managed to have coffee and a muffin, there were finches. Red ones, purple ones, goldfinches and a couple I didn’t recognize, but they are obviously finches of some kind. This is also an area through which birds heading further north — to Vermont, Maine, New Hampshire, and Canada pass. Or maybe this was a house finch who was more orange than red.

Finches do look a lot alike and sometimes, their colors seem to blend from the lightest yellow to the deepest reds. This is part (there are a lot of pictures!) of the collection.

The flat feeder was the big draw yesterday. It was a group celebration of seeds! 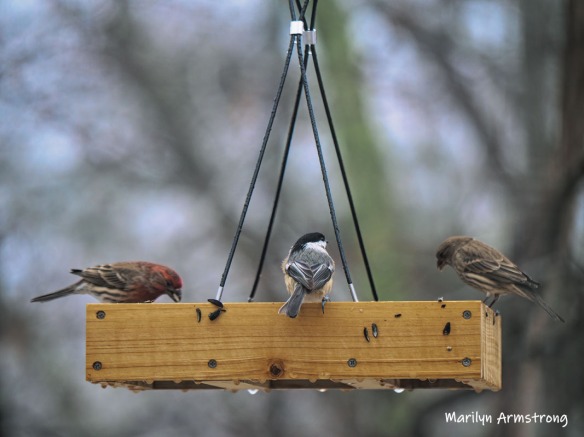 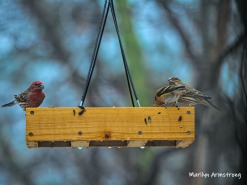 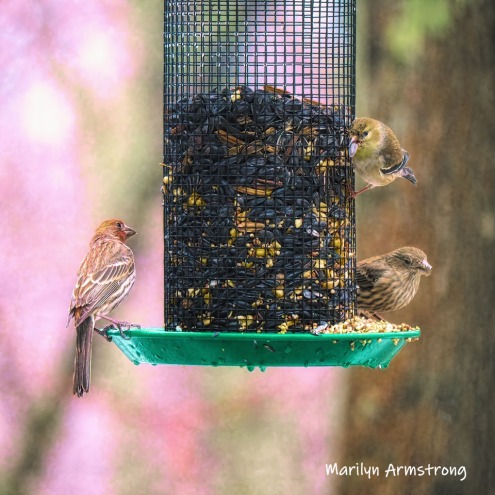 There is at least one Tufted Titmouse in the collection as well as a Nuthatch, but the rest are various kinds of finches. House finches and purple finches … and the brown females who are the mates of the purple and red-headed house finches.

I have another fifty or so that are not yet processed. Probably another couple of dozen of Garry’s pictures awaiting me, too. All of these were taken in pouring rain.

They eat like crazy when it’s snowing or raining. Some instinctive need to eat extra in case the weather gets worse?

The late great Douglas Adams (who shared my birthday, March 11th — I’m sure that means something, but I have no idea what) created a character that I dearly love. Dirk Gently (also known by a number of other names, including Svlad Cjelli), was the owner/operator of Dirk Gently’s Holistic Detective Agency. 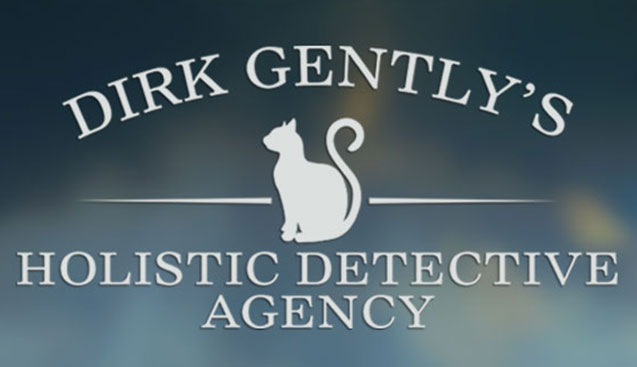 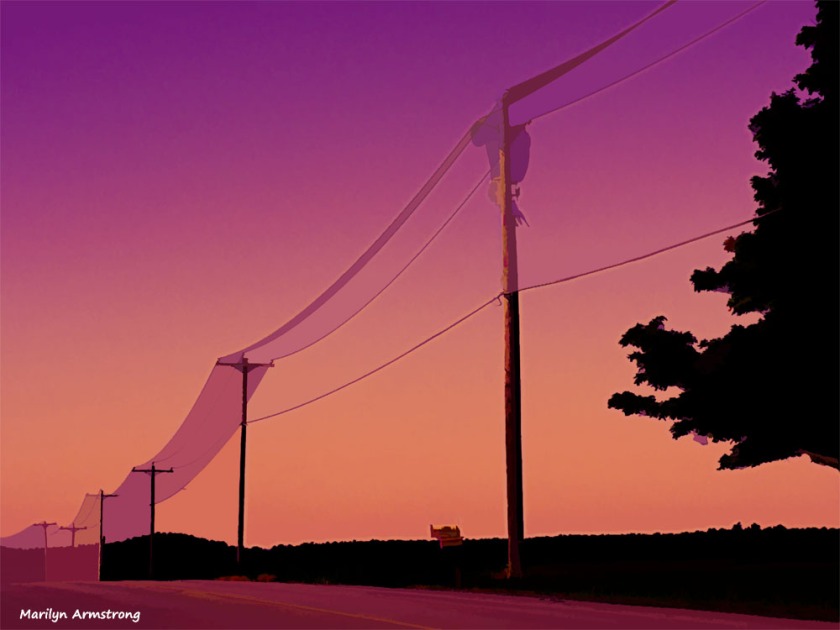 We are intricately and intimately linked. I wonder if we take for granted how bound to others we are in this strange cyber world we have created. I have read and heard much talk about the isolation of each person, alone and lonely with their computer. It has been put out there as a metaphor for the estrangement of people from each other, the symbolic isolation of individuals in the technological world.

For me and for many friends isolation would be life without the Internet. Without computers. Without cell phones. For anyone who suffers a chronic illness, for those of us getting on in years who can’t get out as much as we used to — and whose friends have died or moved far away — and for young people whose studies, work, happenstance or life choices have settled them long distances — continents and oceans — distant from old friends and family, electronic communications are a godsend.

If we cannot share a hug, we can share face time. Electronic communications are fast or instant and let us share in ways that were science fiction a few years ago.

Without my computers, I would be truly isolated. The fibromyalgia, arthritis and heart condition make getting around difficult. Without electronic connections, I would be a squirrel up a tree without fellow squirrels to hang with.

This post was originally inspired by Dawn Hoskings on whose post I was commenting when I realized how lucky I am to be living in a world that lets me enjoy virtual travel and participate in a larger world. I’m proud to be part of a community of bloggers, a community of friends around the world.