I was raised by well-educated, well-read, New York City intellectuals. My mother was a psychologist and my father was a psychoanalyst. In addition to seeing patients, my father wrote books and articles in the inter-disciplinary fields of psychology, sociology, and anthropology.

From the time I was old enough to sit at the dining room table, I remember lively intellectual discussions. Like most families, we’d talk about our day and share personal news. But we always eventually got around to current events or what my father was currently writing about.

Me, Larry, David, and Sarah. Sarah was eight. David was thirteen

My parents talked about the social trends of the day with my father’s unique inter-disciplinary approach and talked about the day’s news through a historical perspective. We’d talk about everything from science and history to the current trends in the arts, movies, and TV. Our conversations took on a life of their own.

A conversation about child rearing practices might morph into a discussion about parenting in other periods of history or in other cultures. A discussion about the growing Feminist movement might end up about the social and psychological effects of changes in gender roles on individuals and on the family.

Me and my parents when I was about eight years old

I was always included in these talks. If I had something to say, no matter my age, I was respectfully listened to and all of my questions were taken seriously and answered.

When I was in high school, I regularly had friends over for dinner. They always commented on the fact that a famous psychoanalyst and a published author like my father, always asked their opinions. They were included, as I was, in all conversations.

This made a huge impression on my friends. At my 40th High School reunion, an old friend told me she still remembered the conversations at my house and the respect she was shown by my parents, who were both genuinely interested in what she had to say.

Me and my dad when I was about eighteen

Dinner time was also when my parents shared stories and asked for advice about their patients of the day. My parents openly talked about their patients’ lives, relationships, and problems, though no names were ever used to conform to doctor-patient confidentiality. Because of this, I learned early what not to do in relationships. This knowledge served me well when I started dating and after I married.

When talking about patients, my parents didn’t shy away from talking about sex. When I was young, much of what they said went over my head. But I joke that I learned about sexual perversions before I knew how ‘normal’ sex was performed. I knew the man was not supposed to do ‘it’ in a shoe, but I wasn’t quite sure what ‘it’ was or how or where ‘it’ was supposed to be done.

Grandmothers rule the Passover table. Really. They do.

My ex, Larry, and I were both lawyers. So our discussions about Larry’s work revolved around the law. We made a point of teaching our kids how to analyze problems and argue their positions clearly and persuasively.

My daughter, Sarah, remembers that if she wanted to do something or wanted not to do something and we objected, she could get us to change our minds if she presented a good enough argument.

Sarah was always asking questions, like most young children and Larry and I made a conscious decision to answer all of her questions. None of her questions were considered stupid or irrelevant. If she asked why we never just said ‘because.’ We always gave her the best answer we could.

Me, Larry and the kids when Sarah was eleven and David was sixteen

We also continued the open discussion policy with my kids when they were growing up. So Sarah too remembers being included in ‘grown-up’ conversations from an early age. Her contributions were heard and commented on. She and her brother grew up to have inquisitive and analytical minds. Sarah also has an immense curiosity about a wide range of topics and approaches them with a similar perspective to mine.

So the tradition of including children in sophisticated conversations has served me and my kids well. I hope if my kids have children, they will continue the family practice with their offspring. 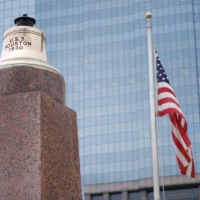 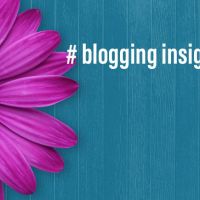 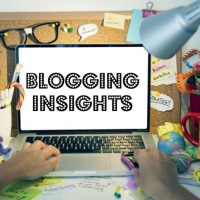 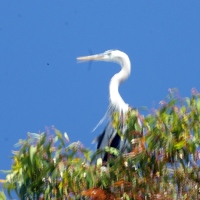 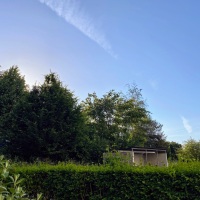