It’s a category four — and soon-to-be category five — hurricane. They call it Kevin, but at the Bellissimo Resort and Casino in Biloxi, Mississippi. they are calling it the “the end of the world.”

Maybe not the absolute end, but close enough. Nothing this powerful has come ashore since Katrina flattened Louisiana. The Bellissimo has been built to withstand a reasonable amount of weather stress. It is, after all, on that frequently thrashed southern U.S. coast … but nothing is built strong enough to take this kind of pounding.

So, the name of the game is evacuation. Davis Way wants to get everyone out the door and most especially, her twins, her husband and of course, everyone on the casino and resort staff. It looks like she and Fantasy have more than enough time to get it done. 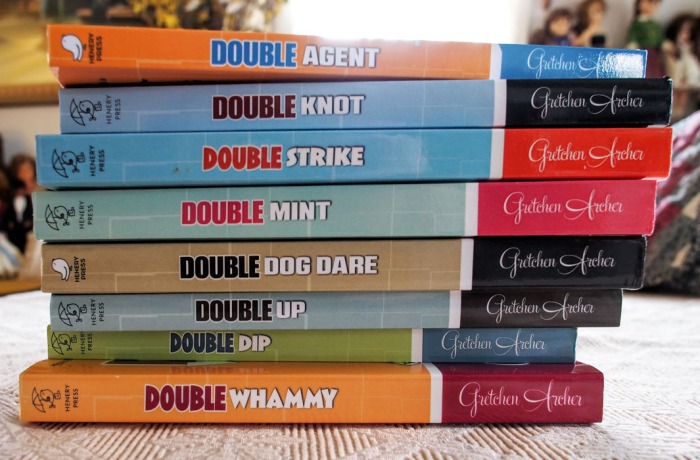 They’ve been carefully monitoring the track of the storm. They have to cash out ten slot machines, secure the funds, then move everyone out of the reach of hurricane Kevin.

After clearing most of the slot machines, fifty million dollars of the cash vanishes. Instead, they find a corpse.

That would be bad enough, but there are more bodies to come. Bodies keep turning up while Davis is desperate to get everyone out of the Bellissimo.

At which point who should arrive but her boss and body double, Bianca Sanders. A woman who doesn’t appear to have a grip on what’s going on because she has fled to the Bellissimo to get out of danger, but while she was fleeing, the storm changed direction.

Who else has shown up?

Eddie, Davis’ ex-ex. And his pet pig. Or is it his girl friend’s pet pig? It’s definitely someone’s pet pig. Eddie has been shot and is sure he’s dying, but as it turns out, he’s not dying, but he’s sure his girlfriend is dead. She’s not dead either … but someone else IS dead because they found the corpse in the fountain in the main court.

There’s a double agent somewhere. Instead of evacuation, it’s more like coagulation including some very odd people. All of whom claim to be inspectors from one official agency or another, but … well … neither Davis, Fantasy, or Bradley … or those very strange and drunken meteorologists thought so either.

As the storm finally begins to make landfall and there’s a whiff of poison in the air. As Davis, Fantasy, and Bradley do their best to track down who is who and doing what and whether the Bellissimo is the victim of one incredibly complicated heist or possibly several unrelated but intertwining heists, a lot of lives and more than a few deaths are on the line as the various knots are teased apart and the water finally recedes.

This is by far the most lethal, complex, and frightening Davis Way caper to date. You’ll need your best mystery-solving abilities to find your way to the end. It’s an exciting ride with never a dull moment!

This is a sophisticated and extremely complex mystery. Until the end, I was not entirely sure who were the bad guys, the worse guys, the worst guys … and maybe not such bad guys after all. And occasionally, a good guy.

Gretchen Archer’s ties up all the ends into a neat bow. And it all makes sense.