RASPY FOR THAT FIRST ANNOYING CALL OF THE MORNING – Marilyn Armstrong

For the last few days, I’ve been waking up to the realization that I’m probably going to die of heart problems. Now, being as I’m already 72 — and I recognize that I and everyone else is going to die of something eventually — this isn’t shocking or surprising. Once I finally understood that this heart thing wasn’t an attack or a disease, but a genetic problem, a lot of things made more sense. 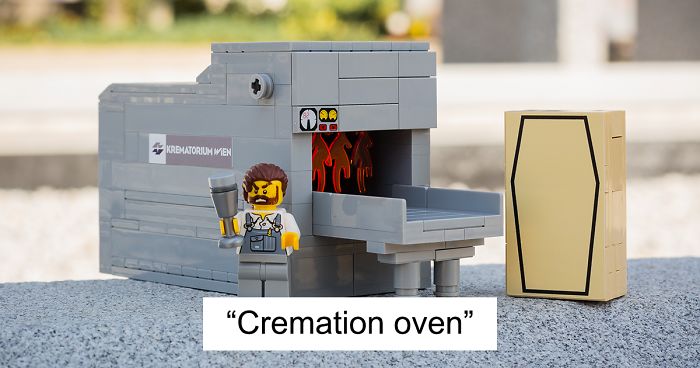 Lego set to get kids ready for that final play date. Seriously, no kidding. You’ll probably have to buy it on Amazon and have it delivered.

The cardiologist was very good about explaining the nature of the problem and how in families that have it, one out of every two children will have the condition. That was when I realized the surgery I’d had was not a cure but a temporary fix.

How temporary? No one knows. At my age, everything — even my heart — grows slowly. It might take 20 years, by which time I could have been run down by a crazed FedEx driver or been done in by something else. Or it could be next year.

What I was told is that “So far, your heart is still pumping a reasonable amount of blood and you have an adequate number of red blood cells where they need to be. But the heart is growing. Again.” The implication was they will not repeat the surgery. The heart could last — even overgrown and thickened — decades, but the surgery might easily kill me. Or, as that old joke goes: “The surgery was a success, but the patient died.”

So I’m not going through an “Oh I’m going to die” crisis. More like doing a mental calculation about how long I’ve reasonably got. A few years? A decade? Two decades? More? No one has a measurement, so in the end, I’m still dealing with the same thing I was dealing with before: something will kill me. Probably my heart but give me a little time and who knows what else could pop up?

Given my family history, I figure cancer or heart. Both run on both sides of the family, but aside from my mother, most people on both sides also manage to live a pretty long life, DNA notwithstanding.

It was at that moment that the phone rang. It nearly jarred me right out of bed. I swear it’s louder sometimes than others and this was a really loud morning.

I’m not kidding. It was the “Death Insurance” saleswoman. Alive, not recorded.

“As you probably know,” she began, “the price of funeral arrangements is exorbitant. So, we are selling … ”

Seriously. Did I need that particular call as my first call of the week? It’s bad enough to get all this crap on television.

Couldn’t they at least have waited until after lunch?