PARKS BY A RIVER – Marilyn Armstrong

We live in the Blackstone Valley Historic Corridor, so basically, we live in a park. It’s one level below a national park, but without the funding (such as it is these days). The good news is that we have parks. Everywhere.

As the Blackstone winds its way down from the Worcester Hills, there are parks in every town and at every curve along the river.

The Dam on the Mumford

From Worcester, about 20 miles north of here, all the way through Rhode Island, the Blackstone has parks with areas designed for walking, fishing, swimming, and kayaking.

Marilyn on a bench by the river 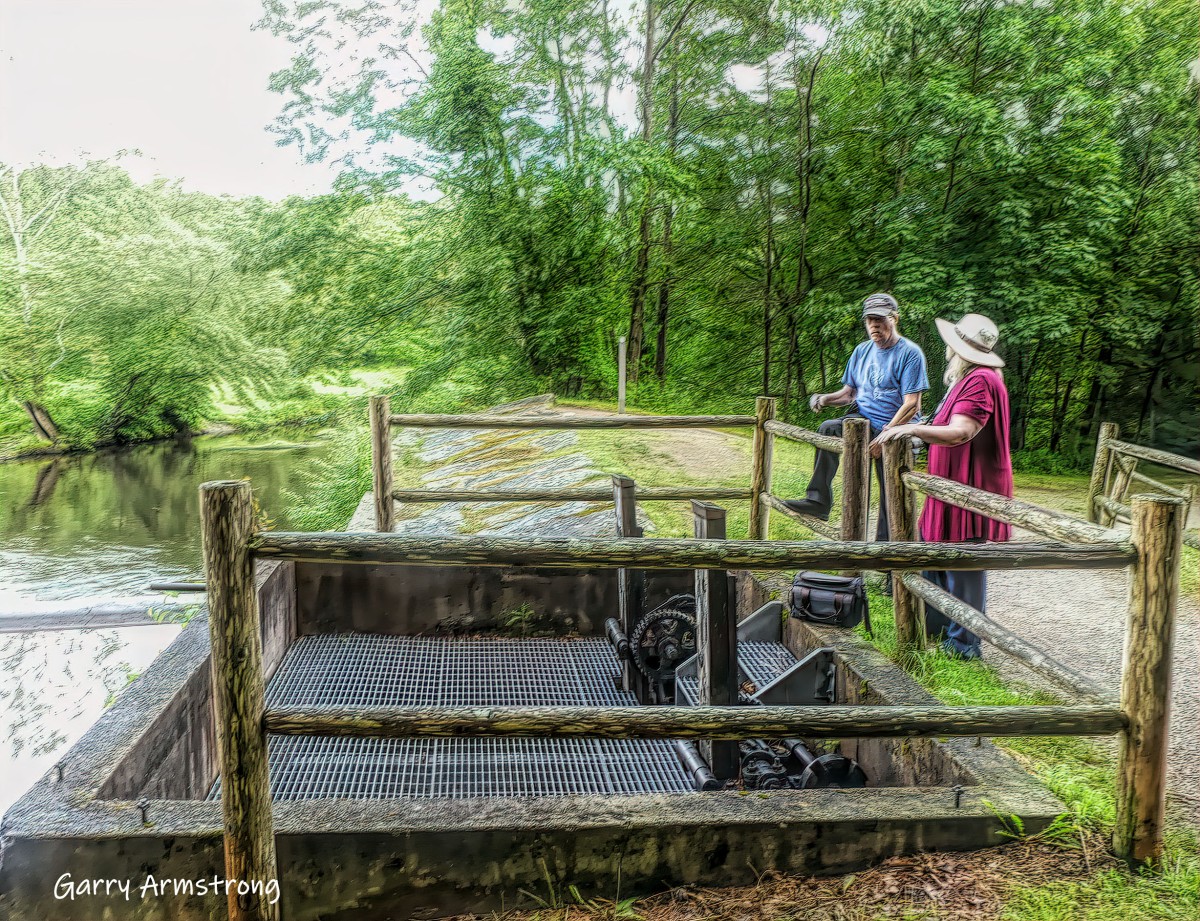 The big Canal locks and a couple of bloggers with cameras!

Garry and me – Thank you, Rich Paschall!

There are picnic tables and barbecues. Best of all, there are places to safely walk and park the car. All of them are open all year round, though when the snow is heavy, it’s difficult to get into the park. The small parks don’t always plow, but the larger ones do plow. Then all you need to do is find a way to get through the drifts.

Take a walk along the banks of the Blackstone 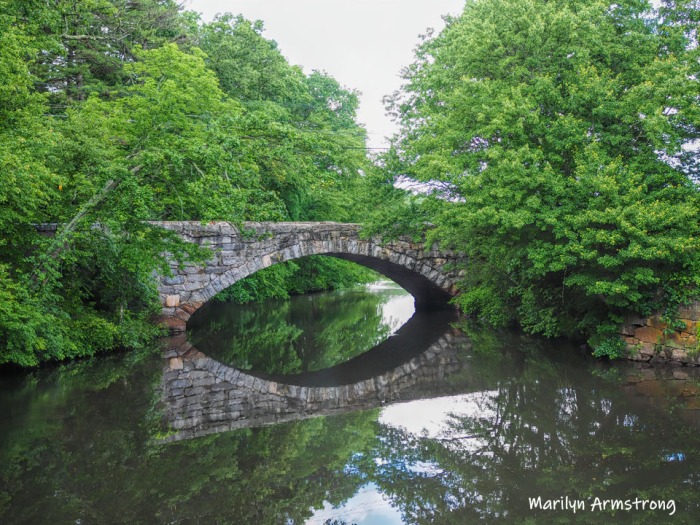 The stone bridge in the rain

My favorite three parks are the one in the middle of town around the Mumford (one of the larger tributaries of the Blackstone), another behind the medical building in North Uxbridge. That one has two connected parts: the Canal and its locks — as well as its lovely stone bridge — and River Bend which has turned a farmhouse from the 1600s into a small museum.

You can walk from one park to the other along the route that was once used by horses to haul the barges in the canal.

And in the water …

Together forever, swans mate for life

Finally, there’s a lovely park in Smithfield, Rhode Island which is literally on the same road on which we live. It’s set up for fishing and loaded with trout. People come there to kayak, fish, and swim. We come to take pictures, enjoy their smiles and their dogs and little kayaks. And of course, the fish! 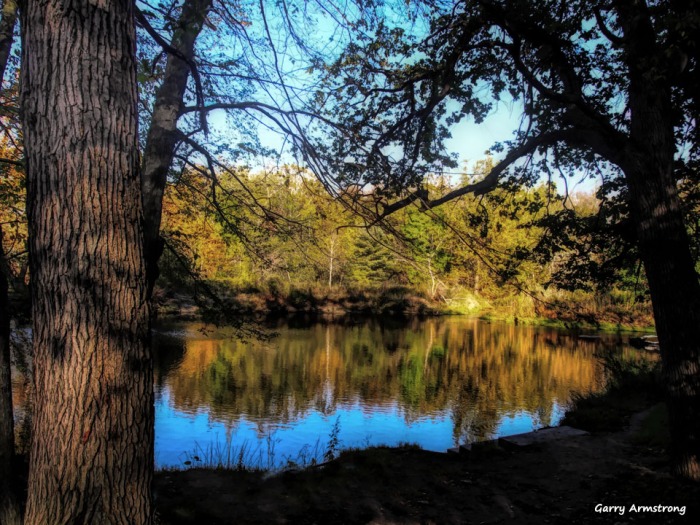 It’s nice living in a park. For at least three seasons every year, the parks welcome us and we are always glad to visit them.