THE HUMAN-CANINE COVENANT IS MORE THAN COOKIES – Marilyn Armstrong

I read an article a while back which announced with solemnity and more than a few pie charts, that dogs — our dogs, your dogs, pet dogs — don’t like being hugged. Not merely do they not like being hugged and display measurable levels of stress when hugged, but they really totally hate being kissed and nuzzled.

The article suggests a pat on the head … and a treat … would be much more appreciated. But, not by Garry or me. 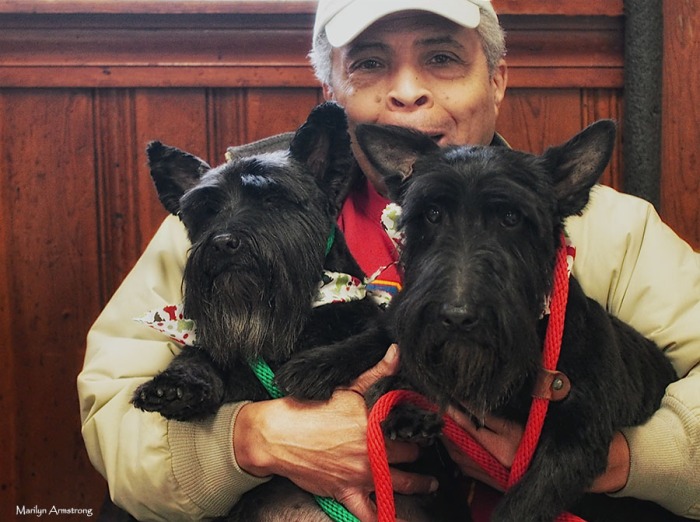 Garry, Bonnie, and Gibbs – A moment of zen 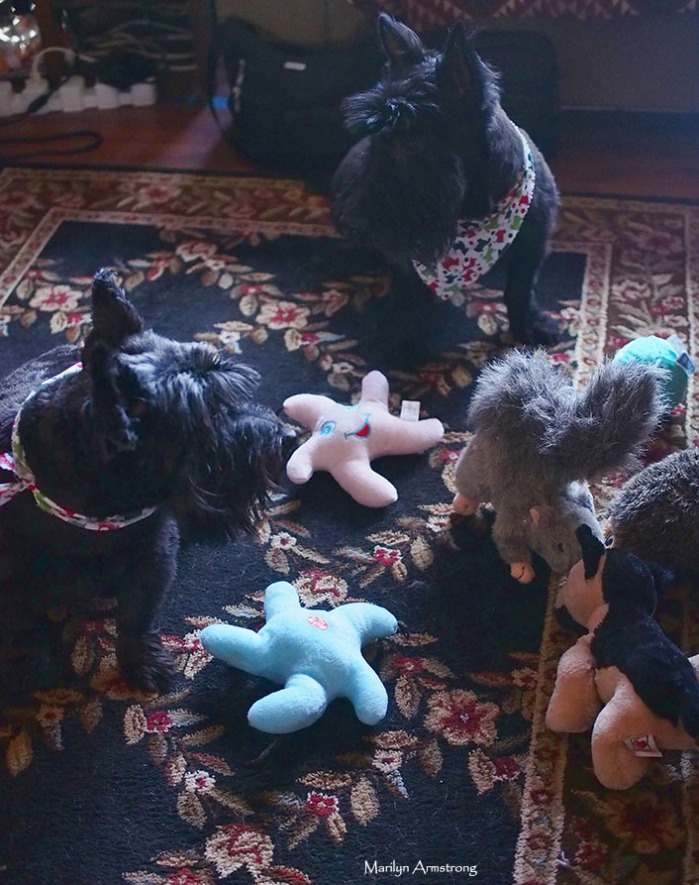 I know they don’t like being hugged. It’s obvious. They stiffen and put their ears back when we hug them. They also don’t like it when I grab their tail and refuse to let go.

That’s what all the growling and head butting are about. You can almost hear them sigh, wondering when you’ll be through with this nonsense and get on to the important stuff, namely distributing cookies. 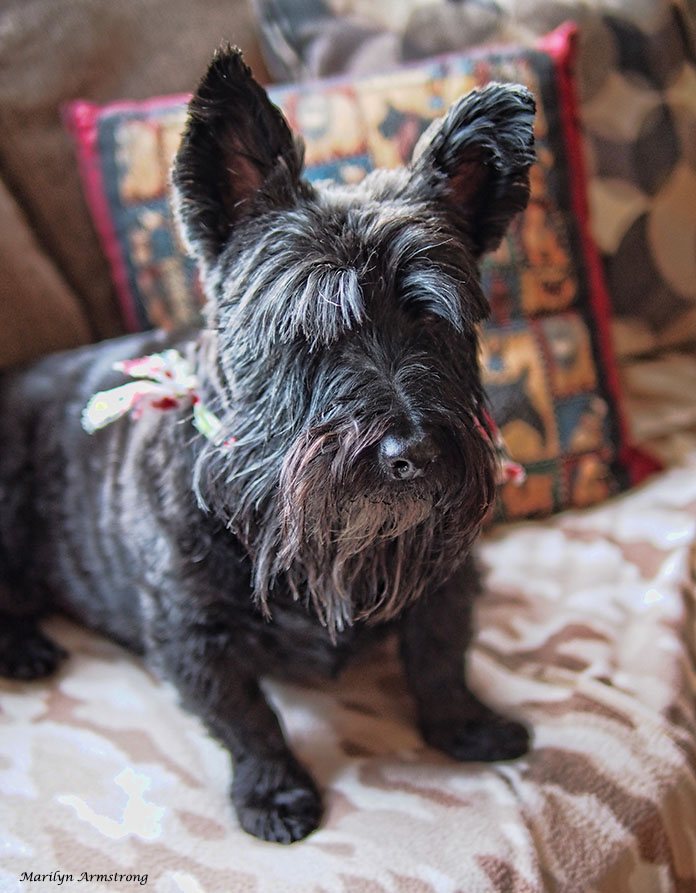 I told Garry about the study. He said: “Tough. They’ll just have to cope. Because I like it.” My thoughts exactly.

Our dogs are disrespectful. Messy. Flagrantly disobedient. They are masters and mistresses of selective hearing. Do I believe for a single moment when we tell them to go out and they stand there, in front of the doggy door, ignoring us, it’s because they don’t understand what we want from them, or cannot hear us?

What does Duke dream about?

I’m supposed to think if I stand in the doorway calling them, that they can’t hear me? Or don’t know I want them to come in? Of course, they hear me. They know. They’re just playing us.

From the other side of the yard, they can hear the click when we remove the cover of the biscuit container. Their hearing is fine. It’s a power play. 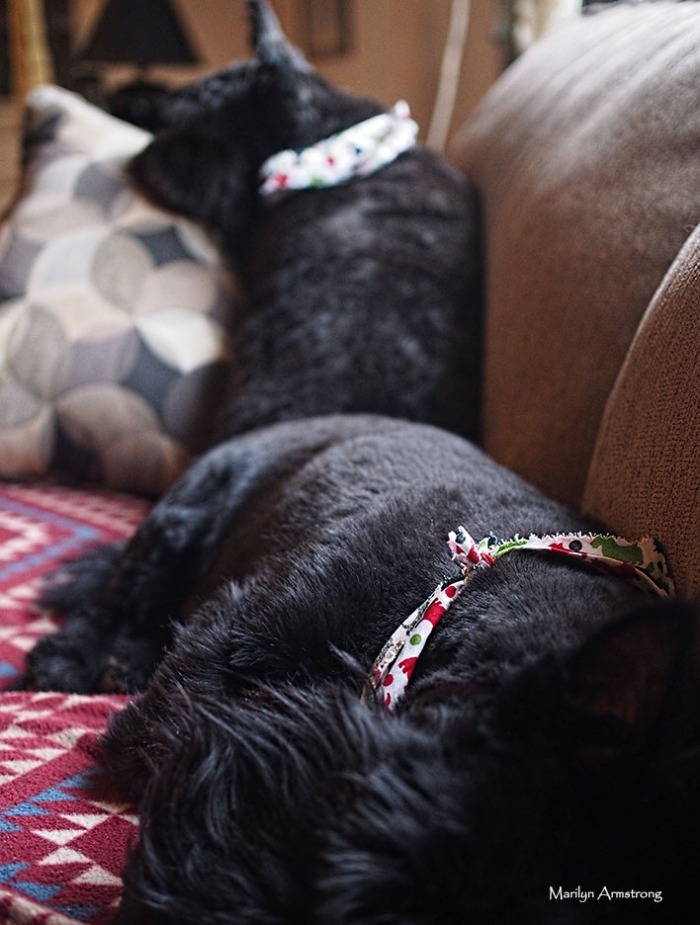 Since they persist in disrespecting us, they will have to deal with our periodic compulsion to give them hugs, nuzzling, and the occasional (“Yuck! Stop that stupid human!”) kiss on their big black noses. Personally, I think it’s a small price to pay for unlimited sofa lounging, high-quality treats, and silly humans getting down on the floor to play. Not to mention the toys and the balls and those expensive trips to the vet.

It’s the Human-Canine Covenant. We’ve got their paw prints on file.