From Melanie: “Wow. September. Where did the summer go?  I’m not at all sure…anyway.  This week finds us with some more questions, but this week they’re all ‘deep’ ones requiring a little thought. Enjoy!”

I know where MY summer went and I hope I can forget it ASAP.

Spring was long, nasty, cold, and full of hard-driving rainstorms with lots of wind. We didn’t get a real winter. No real snow at all, so we got our first blizzard (the only blizzard, actually) around my birthday in early March.

Finally, it started to warm up, but mostly, it rained. And rained. The wind howled and sometimes it was raining so hard and for so long the house sounded like a loud faucet was running somewhere. Now that Garry can hear, he was amazed at how loud rain can be. It reminded me why I didn’t spend the extra money on a steel roof … and why I wish I had — at the same time.

Raiin on the window

A steel roof is forever, or at least as close to forever as any roof can get. It’s also noisy. Rain, sleet, hale … it’s like a million little beasties racing madly around your roof. Not to mention that they cost at least four times what a standard asphalt roof costs. But they never leak and they don’t grow lichens or other greenery, either. Win some, lose some. You take your best guess and hope it works out.

As soon as it warmed up, we grew a million daylilies and that was great, but we’d get one day of sun or at least gray skies followed by three days of howling winds and torrential rain. It was mud city. You couldn’t even mow your lawn because it was sodden.

That was followed — finally — in August, with lovely, cool dry weather. And Eastern Equine Encephalitis mosquitoes and all the nice autumn fairs got canceled because the killer mosquitoes were out.

This was approximately when I realized something was wrong on the south-west side of the house. All that rain, you know? The climate change that hasn’t arrived seems to indeed have arrived. At least here it has.

Now, we need to strip off the vinyl, remove the mush that’s underneath it, and replace the wall, or at least most of the lower level with a new wall. Get rid of the rotting door and replace it with a window (we never use the door anyway) and get a carpenter to repair the wooden doors to the shop.

I’m wishing we’d had time to powerwash the house because it’s green with mold. Did you know vinyl can grow green mold? It’s not lethal or poisonous. It actually looks like green pollen that got stuck. It just isn’t attractive.

It made me realize for all the years we’ve been paying insurance on our houses — since 1965 — they have yet to actually pay for any damage to any house in any state. Talk about being taken over by corporations. You know all those advertisements about how insurance companies are protecting you? They aren’t.

It’s a lie. The only thing they are protecting is the value of the property owned by the mortgage company. I can’t even calculate how many years we’ve paid home insurance and it never crossed my mind that they don’t cover anything except a tree falling on the house (unless they decide you should have taken down the tree in which case it’s your fault anyway), and fire. They might cover home invasion, but I’m not sure.

I’m still thinking about the post I will write about this, how we are forced — absolutely required — to pay for home insurance or we can’t get a mortgage. Why don’t we read all the little tiny print on the policy? Because we have to have insurance, so no matter what it says, we will sign it.

The most common lie everyone everywhere tells is that they read and understand the terms of that contract. NO ONE reads it and if we did understand it, what difference would it make? We can’t NOT sign it.

And now, on to the questions.

When you’re 90 years old, what do you suppose will matter most to you?

What’s the best way to spend a rainy afternoon?

Brooding on how we used to sometimes have sunshine and playing bridge on the computer.

What is one thing you don’t understand about yourself?

How I lived long enough to see the world change into this bizarre, hate-filled mess.

When was the last time you tried something to look ‘cool’ (hip), but it ended in utter embarrassment?  Details?

About a year ago, my granddaughter dyed my hair to get the yellow out of it. It wasn’t utter embarrassment. It actually looked pretty good.

We have a lot of iron in our well water and it turns everything pink or yellow — Including my white hair. I bought some more of the same dye. I hope I don’t make a total mess of the project. 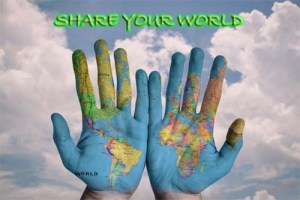