FYI, recent updates in both Mac and PC have made the interface for YouTube very  … different. I’m not even sure how I finally got this to work at all.

I always warn people: those pod people are coming for you. Even, apparently, in Switzerland! 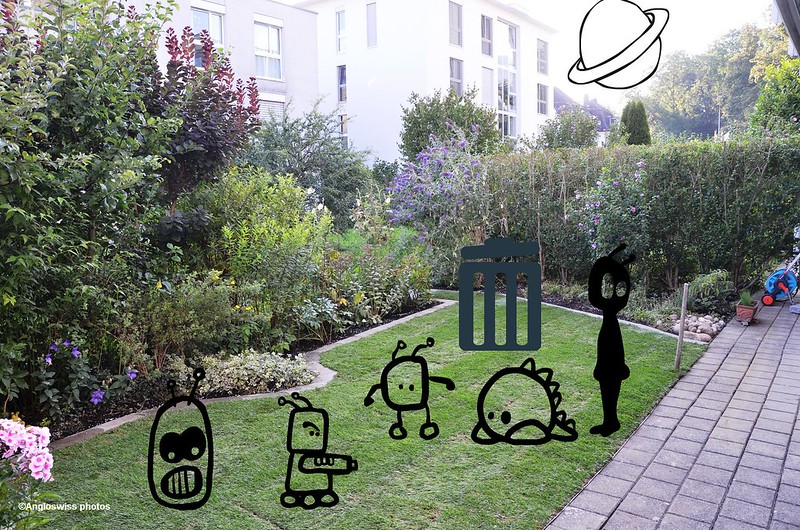 My other half was inquisitive, so he was positioned at the window with the binoculars.

“Give me the binoculars, I want to see what they have. They look a bit strange, like something from that E.T. film, sort of stick people. One is the chief I think, he is giving the instructions. There is some sort of thing hovering in the air. No, wait a minute. That must be the furniture van. Now and again an armchair falls into the window of the empty apartment. Funny it looks exactly like our De Sede armchair, you know the exclusive leather chairs we have.”

“Are you sure? And look our dining room table, genuine teak, has appeared. But wait that painting, looks genuine. It is our Picasso.”

“Looks more genuine that ours. Do you think Mafia?”

“No, they seem to be harmless and Mafia…

I thought because I asked someone and got the wrong answer, that you can’t bury a body on private land. As it turns out, it depends on the state in which you live.

Laws vary by state AND also by county. I’m betting Boston is a no-no as is any well-populated suburban area, but out here where we are embarrassed to admit we “only have 4 and a half acres” because everyone else has a much bigger area, you can not only be buried yourself but can start your own private family cemetery.

I suppose this assumes you are planning to stay on that property. I did know a lovely home in upstate New York that had been a rectory. A minister was buried in the backyard and there was a huge apple tree over him.

So for the “broke but needing a place to put the body” people of whom, given the insane prices of “real” funerals, this is one more advantage to country life.

Price? The cost of one canvas shroud — I’m pretty sure that’s affordable for most people —  which I assume is a big bag in whatever color suits your eternal mood. Drawstring optional.

Of course, you can’t just stick the body in the bag. You also need a hole in which to bury it. For this, you need a bobcat or maybe a small John Deere. The cost of renting a bobcat? I’m afraid the price wasn’t posted on the site, but our local lumberyard rents them. And you can get ready in advance since this is great equipment for any small to medium-size farm or landscaping venture.

Breaking the ice on our frozen driveway. Local volunteer!

They are frequently used in cemeteries to dig graves. Easier on the back than the whole shovel thing. But you need a hydraulic license, so it might be cheaper to hire a guy who already knows how to use the equipment.

Free shipping and eco-friendly. I think you can get them with wheels so you can roll the body into the hole. Shrouds are used as an alternative to clothing and are suitable for transportation, burial or cremation. The shroud with handles can be used on its own and is lift weight tested to 300 lbs. A sewn-in pouch allows a rigid board to be inserted under the shroud to provide support for the body if desired. Instructions on shrouding the body are available here. Sizes: Large 112” L x 73” W – Extra Large  118” L x 78” W – Please allow 3-5 days for shipping or contact us for overnight delivery.

It can push like a tractor, pull or lift pretty heavy material. It is lighter and far more maneuverable than a tractor front loader. Typically used in light to medium construction as well as landscaping. Think building a swimming pool or a septic system. Or, for that matter, the basement of a house or the extension to an existing house.

You can put various fronts on it, so it’s also great for pushing snow (much better than a garden tractor) and it hauls well. I’ve always wanted a tractor or bobcat. I don’t need one. I just want one.

The only reason I didn’t get one when we moved here was the price. A good tractor costs a bit more than I could justify. Anyway, I’m pretty sure nobody trusted me with my own tractor.

Fall is beginning to show up and we’re supposed to get a couple of cold nights. If it doesn’t start to rain nonstop, maybe we WILL get a little bit of Autumn. It would be nice. it’s my best season and the most photogenic. Lots of trees, lots of maples. Mucho color!

Are we losing the art of listening in comparison to simply hearing?

There is a time to seriously listen and times to be quiet and let the noise of the world fade to silence. Garry and I spent thousands of hours talking in the many years we courted without getting around to marrying. We still do, as long as one of us isn’t seriously reading, watching baseball, writing, or editing.

Garry and me – Thank you Rich!

These are private times and interrupting a writer in the middle of creating is a no-no.

As for “just hearing”?  If it’s chit-chat, I don’t listen or at least don’t listen much. I also don’t listen to most television shows. It has to be worth listening to before I bother to pay attention. I spend a LOT of time writing, editing, photo processing, and reading. Not much time left over.

How often do you openly discuss with friends or here in WP with your readership topics that make you feel uncomfortable or might be taboo or stigma-laden?

We discuss pretty much everything when we are in the mood. Not all the time. The noise would drive us all crazy. We are full of ideas, but sometimes the world also needs quiet and a little peace.

We argue about the existence of God, whether or not we have souls, and which version of Star Trek is the best (ORVILLE!!).

Republican talking points are off the table. Probably permanently.

Do you think that these discussions should be freely discussed and written about more?

What subjects? Which discussions?

Did you have a nickname as a child and if so, what was (or what is it now)?

No nickname. Wanted one. Nothing fit.

Why is there still ‘stuff’ we simply just don’t understand despite our progressive world?

Because there is a LOT of stuff and we’ll never know ALL of it.

Meanwhile, most of us pay little attention to anything scientific or technological. If they discovered some amazing and complicated body in space and it ran on page 23 in the New York Times, how many of us would ever read it, much less understand it?

About the stuff we already know, most of us understand very little and care less. We use it. We know how to plug it in and turn it on, but how does it work? I love the old grandparents who don’t know anything about computers while their wise children tell them the basics.

My granddaughter knows how to turn on her computer, use what she needs, and turn it off. If ANYTHING goes wrong, it’s: “Gramma, I have a problem.”

Thus we believe “using a computer” means being able to turn it on, enter a password, and using a mouse. We have no idea what is going on behind the GUI or what WYSISYG means. I’m not going to be making any fabulous new discoveries because I’d rather reread a Terry Pratchett novel.

How many people understand how these basic items work?

At least we are creative. If you don’t do physics or math, creativity IS discovery.

So. Summing up. With all the stuff going on, the vast majority of human beings are not involved in making new discoveries. I could literally be staring at the latest, greatest Truth of the Universe — and I would probably flip the channel. We aren’t discoverers because most of us don’t have the skill-set, education, or interest. We spend our time messing with cell phones, tweeting, or watching cat videos on YouTube.

I find it comforting that we are stupid by choice rather than via inheritance.

What is your most essential kitchen tool?

Coffee maker and we just (finally) got a new one. I totally love it. Gotta have the brew. That probably means I also need the fridge because where else can I keep the half-and-half?

Who is one blogger you really admire and why?

I admire many people for various reasons and even if this were a competition, they are each so unique, I couldn’t possibly pick one. I’m not even sure I could pick a whole slate of candidates.

So would I rather be 10 feet 3 inches tall or weigh 80 pounds? Really?

This is how it looked in September