It’s not the big flock I had last year, but three Goldfinch showed up today and hung around long enough for me to get their pictures. They were the stars of last winter’s bird portraits. They are so awfully cute.

We also had a visitor I haven’t seen in years. It was a baby Chipmunk! We used to have hordes of Chipmunks chittering at us as they tried to take over the driveway. Then the bobcat showed up and he ate them. All of them. This is the first Chipmunk I’ve seen in at least five years. He was so little!

What a cute pair! 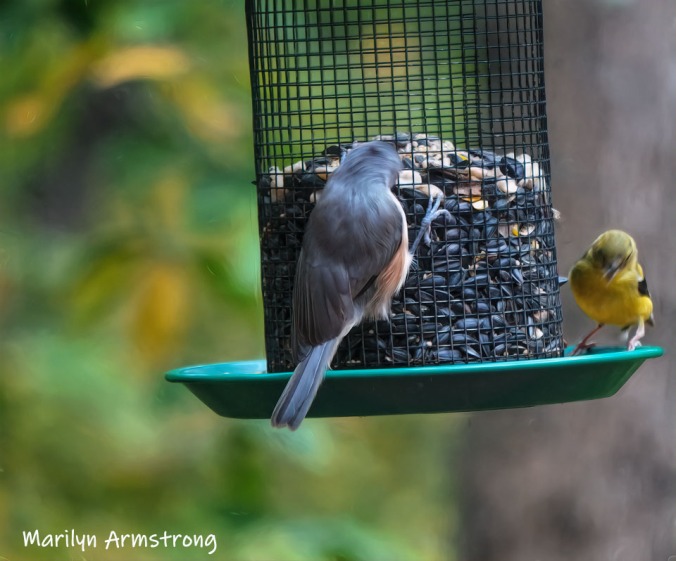 A Titmouse and his little pal

Hunting, I guess, for seeds left on the deck. For some reason, I didn’t take his pictures. I was so bedazzled just seeing him on the deck. I even had time to call Garry over to see him too, so I certainly could have taken his picture, but I was having so much fun watching her skitter around the deck looking for seeds.

A better version of a flying … wren?

The birds are coming back. Slowly. The Mourning Doves are still missing, but maybe they are just being shy. They are also a bit big for these feeders. They liked picking seeds from the deck. They are flat feeders.

On a positive note, we have lots of joyously singing Carolina Wrens. 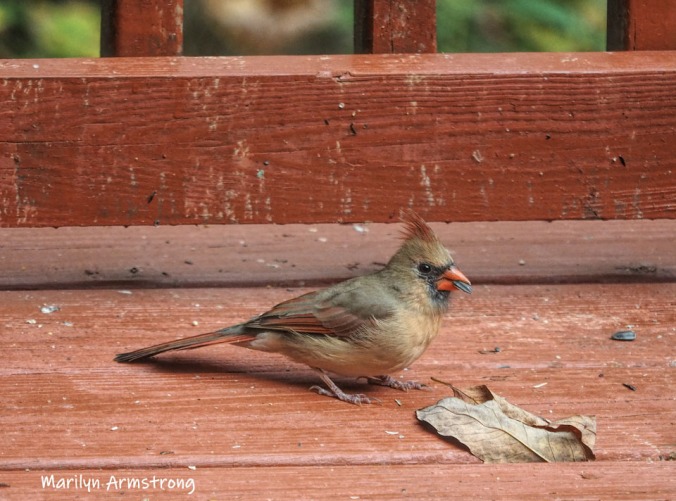 Also, I saw, but he was gone before I could get the picture, a full red-headed woodpecker. Not the big one who looks like Woody. This one looks just like the Red-Bellied Woodpecker, but his entire head is completely red. It’s the first time I’ve ever seen one outside a bird book.

Sometimes, it’s good to live in the woods. 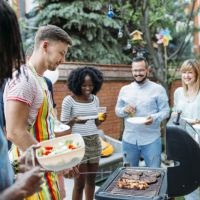 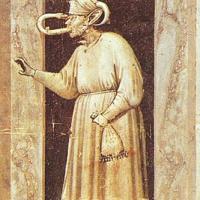 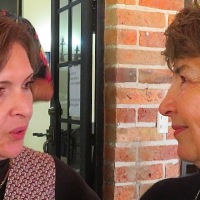