So there I was. Thinking. Not quite awake. Not exactly asleep. You know. The funny place between. And it hit me. Fixing all this craziness is simple. The question is WWCKD? Or, to put simply, “WHAT WOULD CAPTAIN KIRK DO?”

If you look at the problem like that, the answer is simple. Obvious.

Travel back in time to a point where you can change the present from happening. As any Star Trek fan knows, Kirk did it all the time. 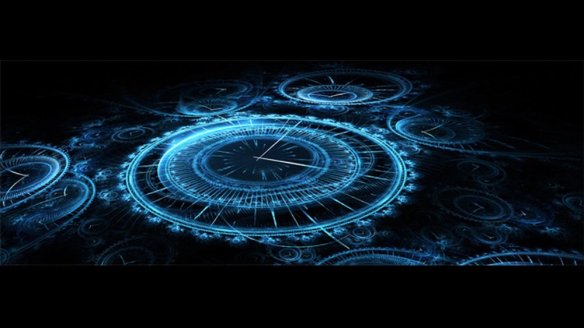 Now that I had the solution, the question became a matter of coördinates. To when and where do I go back to fix this? And the answer came to me as if in a dream …

Go back to 1998. Convince President Clinton to stay the hell away from Monica Lewinsky. There would be no scandal, no impeachment. Bill could campaign for Al Gore — like he was supposed to — and George Bush would never get elected. Everything that happened after that would not happen!

So as I was drifting off to sleep, I imagined finding a time machine. Going back to 1998. Actually getting an audience with Bill Clinton … in the Oval Office.

How do I do this? Who knows? I’ll let the writers will work out those plot points later. I’m more into the “Big Picture Stuff”.

But … this is also where the whole idea fell apart because the conversation would go like this:

President Clinton: “Well for some reason the writers haven’t figured out yet, I believe you are a time traveler from the future with important information for me.”

Me: “Yes Mr. President. You must not have an affair with your intern, Monica Lewinsky.”

President Clinton: “Whoa! How’d you know about that?”

President Clinton: “Oh yeah right. I guess that makes sense. So, why shouldn’t I do that?”

Me: “Because you will get caught. The public is going to find out about it. The Republicans are going to impeach you because of it.”

Me: “Don’t worry. You don’t get convicted. Your approval ratings go up to over 70%.”

Me: “Not really. Because when Al Gore runs for president, he won’t let you campaign for him. Or let you anywhere near him.”

President Clinton: “You gotta be kidding me!”

Me: “Nope. And even though Al runs a terrible campaign, he will only lose the election by 500 votes. Well, actually years later, when a full recount is done, it turns out Al actually won. But in 2000, the Supreme Court steps in and stops the recount. And appoints Bush as President.”

President Clinton: “I don’t think the Supreme Court can do that.”

Me: “Neither did anybody else. Until they did it. So George W. Bush becomes the president. One of the first things he does is ignore all the intelligence agencies warnings that Osama Bin Ladin is going to attack the US.

Because of this al-Qaeda hijacks four 747’s out of Logan in Boston — and La Guardia in New York … using nothing but box cutters as weapons. They crash two planes into the World Trade Center and one into the Pentagon.

The Twin Towers are destroyed, thousands of people die. Now, even though all the hijackers are from Saudi Arabia — and Bin Laden is hiding in Afghanistan — Bush invades Iraq. Totally destabilizing the Middle East.

Wall Street creates a bubble based on the housing market and that causes a worldwide financial crash in 2008 in which trillions of dollars are lost, and millions of people around the world lose their jobs.

So in 2008 America elects a black guy — Barak Hussein Obama — as president, then in 2010 a bunch of billionaires helps create something called the Tea Party. And the Republicans swing so far to the right, Barry Goldwater would be considered a Communist.

By 2016, it seems likely your wife is going to be running for President against … wait for it …

At this point, the Secret Service enters the Oval Office and drags me away. As I’m being hauled away, I see The Truth. You can’t change the past. You can try, but it just doesn’t work. However awful reality is, it IS. And has to be.

So when you say all this out loud? I don’t believe it either. Then I fell asleep.