Martha Kennedy wrote a piece today that I wanted to comment on. But after a while, I realized it wasn’t a comment. It was a blog. A long blog at that.

Although I have not recently fallen on my head, I feel as if the universe is falling on it. It is as if I’ve am bludgeoned daily. Even when I’m trying NOT to think about it. The fires in Australia, like the fires in Montana and California and other places, terrify me. I live in a heavily wooded area. A quick flick of a casual cigarette could turn us into the next fire zone and it isn’t hard to imagine all of New England burning to the ground. From here on up through Maine, areas outside cities are 60% or more trees. Not manicured, not attended. Just growing. Around here, it’s oak. Further north, it’s pine.

Australian fires as seen from space

Probably the reason it hasn’t happened (yet) is we’ve also had more than twice the usual rainfall for the past few years. Even more last year. August was the hottest month in weather records that go back 200 years.

So while on one level, I can ignore politics, I can’t ignore climate. It has changed a lot and keeps changing. The time we thought we had seems to be gone. My dogs — in January — still need tick and flea collars because it isn’t cold enough for the insects to die. They are still breeding.

It’s going to be one humdinger of a summer for bugs. Maybe this will make the Woodpeckers happy, but it’s going to make life really miserable for other creatures. The lakes aren’t freezing and we’ve only had one 5-inch snow in early December. Now, it’s January. It’s much too warm for snow. Cold this evening, but temperatures in the 60s are expected by mid-week.

LAKE TABOURIE, AUSTRALIA – JANUARY 04: Residents look on as flames burn through the bush on January 04, 2020 in Lake Tabourie, Australia. A state of emergency has been declared across NSW with dangerous fire conditions forecast for Saturday, as more than 140 bushfires continue to burn. There have been eight confirmed deaths in NSW since Monday 30 December. 1365 homes have been lost, while 3.6 million hectares have been burnt this fire season. (Photo by Brett Hemmings/Getty Images)

Birds that were common last year have not come back this year. No more Monarch butterflies, either. No butterflies. Lots of spiders. Huge wolf spiders that normally don’t come out of their lairs in the woods have shown up on my back door. Ticks and fleas abound. Today we came back from the doctor and there was a green, lively grasshopper on the front door.

This is not even close to normal. One of our best friends is the senior meteorologist in this region … and even he can’t make sensible predictions. The winds are wrong, the waters are too warm. Cape Cod is full of sharks because the seals have come down into these warmer waters. It used to be that sighting a big shark would close the beaches but now, they just warn you to watch out for sharks.

Fleeing kangaroos. Most of Australia’s unique wildlife is being destroyed

Sea birds are dying, garden birds are failing to nest and the bears — lacking their normal habitats — are wandering south. So far, they haven’t taken down our deck, but they certainly could. I suppose that would be the end of feeding the birds.

I haven’t seen most of our hawks, either. I think we still have a bobcat back in the woods because we have no chipmunks — just that one — or any rabbits. I don’t know if we still have Fishers. I’m pretty sure we have raccoons.

Officials say the worst is yet to come

If a continent burns, we are all in danger, whether we know it or not. They don’t talk much about climate change on the news and I don’t really understand why not. Maybe it’s too controversial?

How controversial can it be when there’s a continent on fire? The U.S. has done a fair amount of burning too. Not to mention flooding from monstrous rains and winds that seem to spring out of nowhere. We have continental sized stormed that start in California and sweep across the entire continent … and then move up into Canada and out to sea. 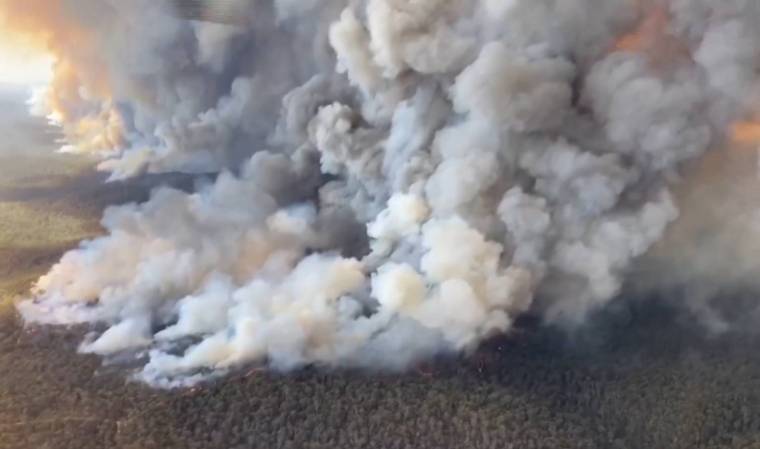 We should be scared. We should be terrified. No place is safe. We have to get these evil assholes out of the House, Senate, and governorships. We have to believe against all prior experience that whoever replaces them will REALLY do a better job. We don’t have any guarantee that even if we sweep this entire group away, the next group will take this climate emergency to its heart and do its best to make it stop.

We can hope, but I think we need a bit more than prayers and hopes. We need to close down the big polluters and figure out what in god’s name to do with all our garbage. hazardous waste, and good old plastic.

There is a very good chance that most of the unique wildlife in Australia will not survive these fires. I personally doubt that any of the large mammals on any continent are going to survive for long. Maybe in special sanctuaries, but not in the wild. I don’t blame poor countries for trying to do what we have done so they can live a better life, but is it a better life? Freshwater and electricity are good … but burning down the forests and killing anything bigger than a chipmunk is just redoing the bad stuff we’ve already done. Is that our goal? Should that be anyone’s goal in these times? 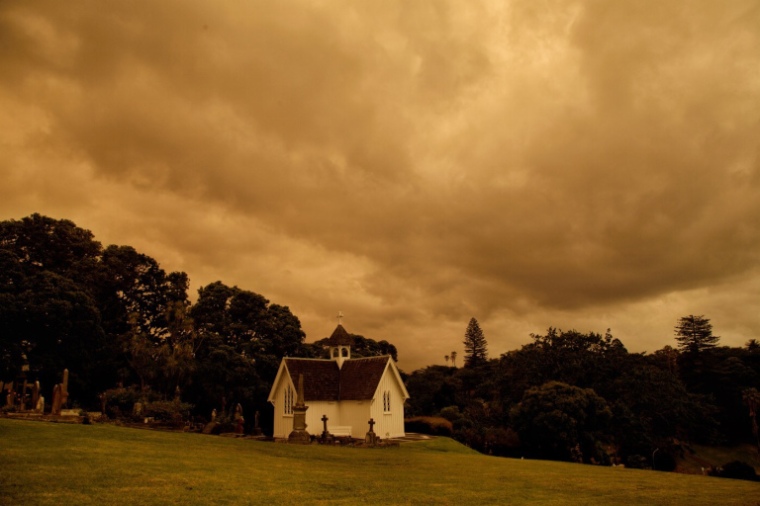 I understand why people are tired of watching, reading, and hearing the news. They are weary with boorish, stupid, ignorant leaders and want them to shut up and go away. I think Trump will lose this election. It won’t be because of the evil he has done but because he has exhausted Americans. His “base” is not a majority. It wasn’t a majority in 2016 and it is less so now, no matter how big his “rallies” are.

My fear is that the essentially conservative people of this country will elect someone who promises to make things the way they used to be. That won’t happen. We are not going backward. Forward will be a long, hard road. If we and other countries continue to put into power people who lack the guts to do what needs doing to keep our planet livable, our grandchildren won’t have a world that’s livable. It’s going to cost a lot of money, piss off a bunch of corporations, and make a lot of rich executives take a smaller profit.

Few politicians have the balls to take on the Big Money people, but that’s what needs to be done. Who can do it? Who WILL do it?\

And I would say this falls nicely under Fandango’s daily word: Scary! If you aren’t scared, WHY aren’t you scared?