Yesterday morning, I dropped the mouse for the computer in the bedroom. I reached down to pick it up and a pain shot through my chest, down my arm and I yelped.

I had a lot of heart surgery more than five years ago. Most of it has healed well. The thing that hasn’t healed properly is my breastbone. Surgeons split it in half when they work on your heart. Normally, it will take between 2 and 6 months to knit into a single unit. Mine didn’t knit, so it’s still a two-piece breastbone. Healed, but not knitted and held together with steel wire. Apparently, no medical technology exists that can convince a bone to knit if it doesn’t want to.

Typically, this is a problem on joints that cannot be immobilized — ribs, breastbone, shoulders, spine. And, I should mention that when one of these is broken, you discover that every single other thing in your body is connected to it. So it has been for the past two days. Moving really hurts. But only at certain angles while using my right arm.

I’m a rightie. Of course.

It seems a little better today than yesterday, but it’s still crunching with each breath I take. I can hear it through my inner ear. Creepy.

Every doctor I talked to assured me — energetically — that it would heal in three months. When after three months, it hadn’t healed, they said “Definitely by six months.”

When more than a year had passed, they shrugged, pointed out that there’s nothing they know of that will make a bone knit if it doesn’t feel like knitting. Nope. No glue. The only thing they could do is open me up and rewire me. “Why, ” I asked, “Would that improve the quality of my life?” 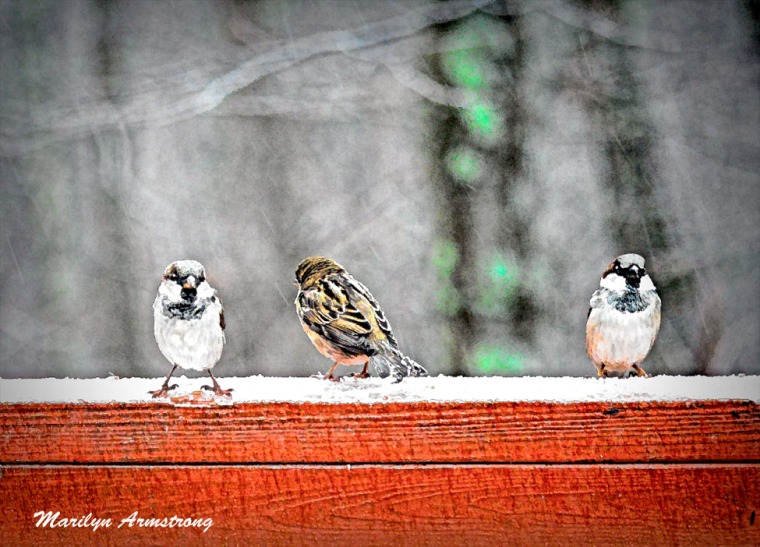 My doctor — my personal physician — shrugged. “It wouldn’t. Personally, I wouldn’t do it.”

It’s more than five years later, heading rapidly into six years. My chest still crunches when I breathe and sometimes pops out of place when I lift something with my right arm. It sometimes makes breathing pretty unpleasant and my right shoulder doesn’t like me anymore.

Meanwhile, I’m held together by some pretty tough steel wire. Doctors always seem so sure what will happen after the surgery. Except in my experience and for a lot of other people, it doesn’t necessarily go that way. Nerves don’t “calm down.” Bones don’t knit. You are left with a lot of weird problems you were sure were going to be gone. If at least the major part of the surgery worked, then I suppose it’s better than where you were at the start. I always want to trust my doctors because they mean well, but they aren’t me. So these days, I understand just because they believed it when they said it doesn’t mean it will happen that way.

Opinionated writer with hopes for a better future for all plus a big helping of cynicism. View all posts by Marilyn Armstrong