Since everyone’s into talking about hating phones, I figured I’d throw my oar in the water too.

I loved the phone right through my teenage years. I and my girlfriends would chat the night away, even though we lived two houses apart. The phone was more intimate. No one else was around. Just us, hidden under the bedclothes. 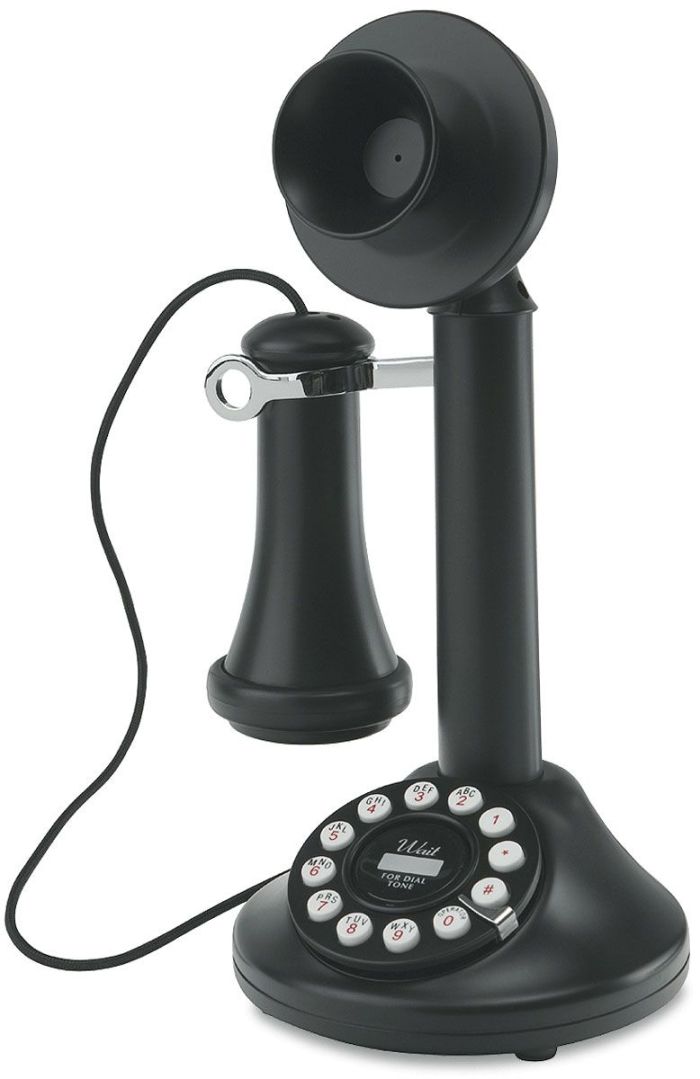 From then on, it became gradually more of a nuisance. When I was a kid, a telephone call meant someone you knew was calling to say hello. You could talk and laugh. There were occasional wrong numbers, but that was all. Later, it might mean I’d gotten a job I’d applied for or a story had been accepted.

Technology changed everything. At first, subtly, but eventually, it changed the telephone from a communications device to a sales tool. The concept of “cold calling,” trying to drum up business meant fewer than half our incoming calls coming were people you knew, though they might and include calls you wanted. Reminders from the doctor of an upcoming appointment or another pending appointment were useful and usually brief. 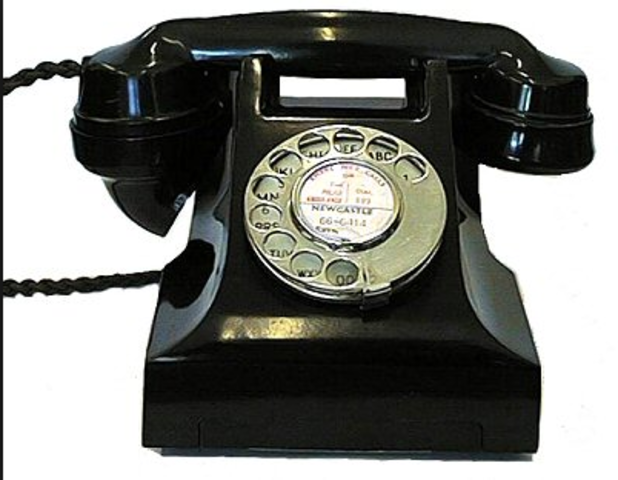 Telephones look like this for at least 30 — maybe more — years

By the time I was in my 40s and had recently returned from Israel, most calls were solicitations or surveys and occasionally, a person you knew and actually wanted to talk to. At least those earlier calls were live human beings, but over the years, they became recorded messages. It’s extremely rare to get a human being on any business call.

Thirty-two years later, no live person ever calls except a couple of friends and a few local businesses. All the rest of our calls are medical, hackers, surveys, insurance companies trying to get your business, and my personal favorite, silence.

Making calls inevitably involves waiting and I think I can hum the background music to at least three companies “waiting” mode.

Our local hospital, where most of our medical appointments take place (other than our personal physician) has the longest recorded voice mail call I’ve ever heard. It’s a full five minutes waiting for that final moment when you are allowed to press “1” meaning “Yes, we’re coming.” Instead of giving you the most useful information at the top, they give you the hours of service, a reminder to bring your medical card, and money (can’t forget that now can we!), the address of the building (but never directions to get there), followed by a rambling buildup until, at the very end, you can push “1” (“I’ll be there”) or “2” to rebook — or worse, a different phone number which is read so fast I have to have them repeat the entire recording to get the number written down. 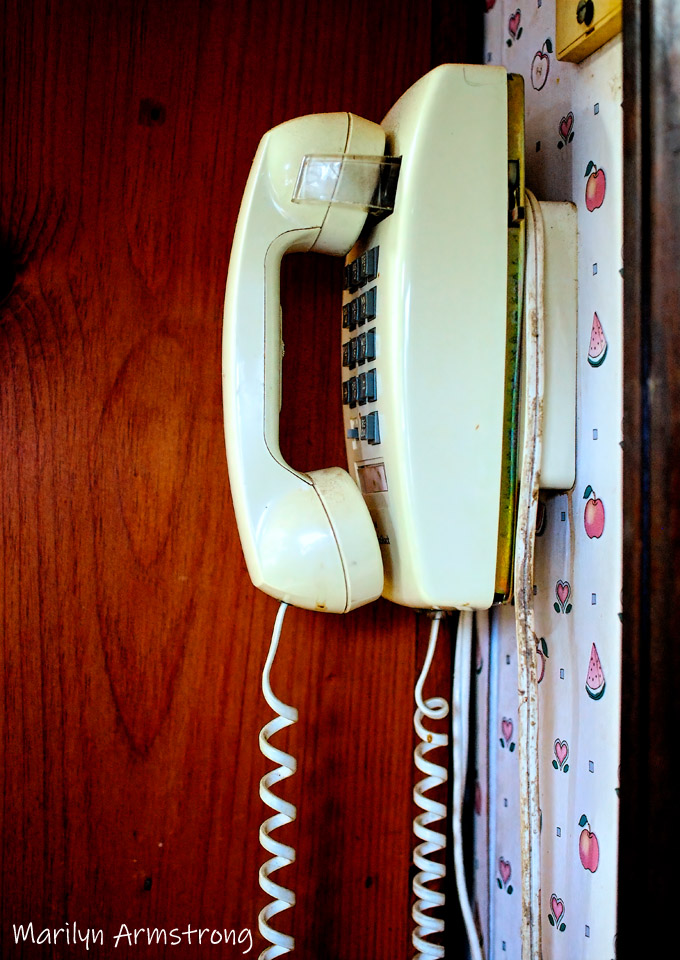 Our own wall phone. It doesn’t work properly anymore, but it lives on that wall anyway.

As a technical writer, I know that no one wants messages like that. The “are you coming?” should be on top followed by “make a new appointment” with a list of options including directions, speak to a human being, talk to a doctor or lab for test results, and finally, “Thank you for calling” so you know you’re done and can hang up. A lot of these calls just leave you wondering if you completed the call or not.

If, for example, you are a long-time patient, you should be able to just press “1” and hang up after that, but they won’t let you. You have to listen to the entire recording. I sometimes fall asleep while they drone on. They first call you a week before your upcoming visit, after which they call every day until you are ready to dive through the phone and beat someone with a handset.

Then there are customer support departments. Clearly, when you finally connect (and hopefully have been disconnected multiple times), one person with a headset in a huge room full of other customer service people are all talking at the same time. The background noise makes it impossible to hear anything. Maybe they can hear you, but all you hear is jabber. All of this following an endless stream of music that becomes an earworm you can’t dispel.

None of this makes calling people fun, especially because when I finally do call a friend, they are never home anyway and I get their answering machines. At least they usually call me back — or email me or something. 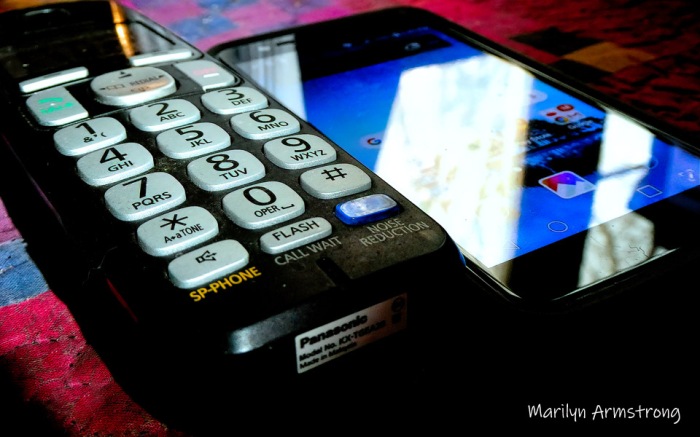 Modern phones … for a “landline” and a cell

It’s not hard to learn to hate telephones. It’s much harder to like them. If indeed they ever eliminate solicitations, hackers, and poorly designed recorded messages removed from phone lines, someone might try making a phone call in the hopes of having a conversation.

Of course, it would help if the phone stayed connected long enough to have a conversation, which is entirely another subject! Since getting a real landline is absurdly expensive, everything — even our supposed “landline” is part of your WiFi service with its tendency to glitch or fade in the middle of a call. It’s turn-of-the-century telephoning on the most up-to-date technology. 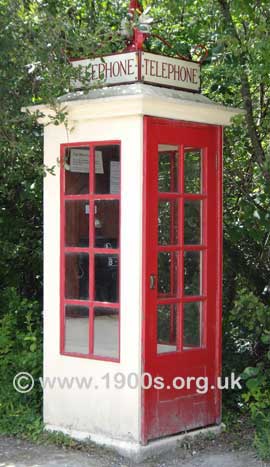 Often, I realize the issue is not how far we’ve come, but how far we haven’t come. I think we’ve really circled back to about 1917. Now, we can’t hear anything on mobile phones. But hey, you can text, right?