Is America ready? by Rich Paschall

Let’s just say that you have a candidate for president that appears very likable, as political candidates go. He’s young and charming and smiles a lot. In this age of coarse political discourse, that would seem a big enough plus to give him some serious consideration. When you look further into his background, he seems even better.

Let’s just say that your candidate was the valedictorian of his high school class. As a high school senior, he won first prize in the John F. Kennedy Presidential Library and Museum‘s Profiles in Courage essay contest. The subject of his writing was the courage and integrity of the independent Senator from Vermont, Bernie Sanders. From there your candidate went on to graduate magnum cum laude from Harvard University and was elected into Phi Betta Kappa, a prestigious academic honor society.  Following this, he earned a Rhodes Scholarship to Oxford University and graduated with first honors having studied politics, philosophy, and economics.  Also, he racked up an impressive list of academic accomplishments along the way. You may be proud of your candidate, but there’s more. 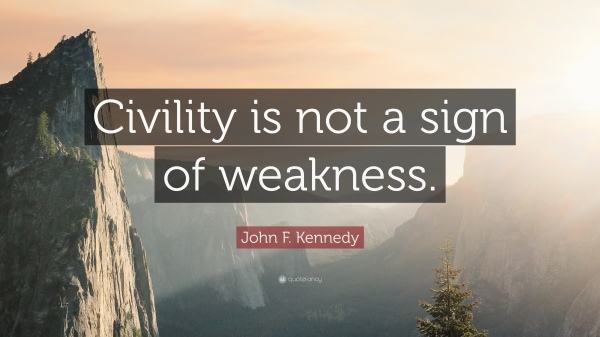 The candidate you are considering joined the Navy Reserve as an ensign in naval intelligence. He served a tour in Afghanistan and his work involved disrupting terrorist networks. He learned a local Dari language to aid in his job. He earned the Joint Service Commendation Medal for heroism and meritorious service.

During and after the college years he spent time on political campaigns and community organizing. He even spent time in Chicago as an investigative intern at Channel 5, the local NBC affiliate. With his illustrious credentials, he was elected at a young age to be mayor of his home town. In fact, he was the youngest mayor of a city of over 100,000 people. He won his second term with over 80 percent of the vote.  He is active in his church, knows seven foreign languages, has a long list of awards and was a guest piano soloist with the local Symphony Orchestra.  At 38 years old, he has a list of accomplishments that are too long for our normal space here.

Now that you have a candidate with a remarkable background, there is one more thing you should know. Some will question all of the above when I tell you this. For some, it will be as if this fact in some way diminishes the achievements above. He will be slandered by people who are not as intelligent, and who will never accomplish the feats he has done. Will this fact matter to you?  He’s gay.

Despite the list of achievements, of which we have only mentioned a few, some will feel him disqualified because of his sexual orientation. Pete Buttigieg, or “Mayor Pete” as he is often called, came out as gay in 2015. He is married and his husband has been seen with him on the campaign trail. This has drawn the ire of the “religious right,” which is an odd term since they do not seem to be religious at all, but I digress.

At the Iowa caucus, a woman who voted for Mayor Pete asked for her vote back when she learned he is gay. She liked his message and voted for him, but his sexual orientation was a deal-breaker for her. You may have seen the video of her asking for the vote back. It went viral the next day.

The concern for one person wanting to change her vote is that she will not be the only one. Many who learn that Mayor Pete is gay and object on religious grounds will also find that the candidate they object to is active in his church.  He can talk about the important religious values that should guide leadership.

The better he does in the primaries, the more the haters will come out of the woodwork, so to speak, to attack him. Rush Limbaugh, the broadcast bigot who was given the highest civilian honor by a president of questionable morals, has already taken to the airwaves to attack Mayor Pete. He has offered the opinion that America is not ready to elect a gay guy, but is it?

Recently I was listening to WLS-AM in Chicago, a rare time indeed. I wanted to hear the comments of someone from Politico talking about the Iowa caucus. The conservative host made a point to emphasize that Mayor Pete is gay as if it was a crime. I am sure the conservative pundits who back the president, will increase the attacks if Buttigieg continues to do well   Will this slow the Buttigieg campaign? We may know as soon as “Super Tuesday.”

When the Windows Live Spaces were closed and our sites were sent to Word Press, I thought I might actually write a regular column. A couple years ago I finally decided to try out a weekly entry for a year and published something every Sunday as well as a few other dates. I reached that goal and continued on. I hope you find them interesting. They are my Sunday Night Blog. Thanks to the support of Marilyn Armstrong you may find me from time to time on her blog space, SERENDIPITY. Rich Paschall Education: DePaul University, Northeastern Illinois University Employment: Air freight professional View all posts by Rich Paschall