Medical terminology is designed to take the sting — and sometimes the responsibility — out of troubling problems. PTSD – Post-traumatic Stress Disorder is the latest entry in trying to find a way around admitting war is bad for soldiers and other living things.

The first army in history to determine that mental collapse was a direct consequence of the stress of war and to regard it as a legitimate medical condition was the Russian Army of 1905 …The Russians’ major contribution was their recognition of the principle of proximity, or forward treatment. … In actuality, less than 20 percent were able to return to the front.

The brutalities of WWI produced large numbers of the psychologically wounded. … This time, they began by attributing the high psychiatric casualties to the new weapons of war; specifically, the large-caliber artillery.

It was believed the impact of the shells produced a concussion that disrupted the physiology of the brain; thus the term “shell shock” came into fashion.

Another diagnosis … was neurasthenia: “The mental troubles are many and marked; on the emotional side, there is sadness, weariness, and pessimism; repugnance to effort, abnormal irritability; defective control of temper, tendency to weep on slight provocation; timidity. On the intellectual side, lessened power of attention, defective memory and will power….”

At least the early descriptors name the cause — war or battle. Artillery. But those who make war and send others to fight it don’t like taking the blame. Since they are not going to end the war, they try to make its repercussions seem less threatening. 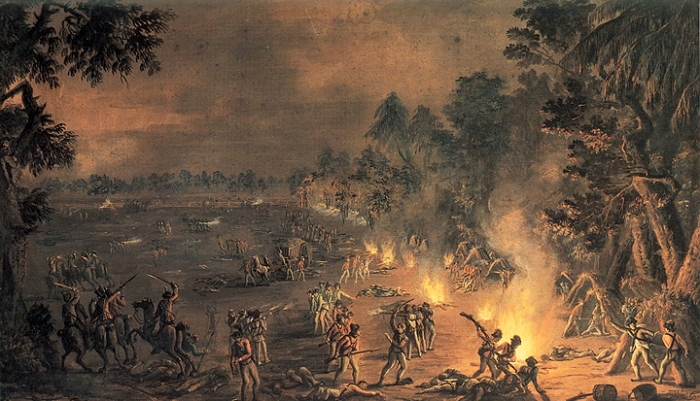 They do this by removing the word “war” from the illnesses it causes. Which of course makes everyone feel better. Not.

By the end of World War I, the United States had hundreds of psychiatrists overseas who were beginning to realize that psychiatric casualties were not suffering from “shell shock.” … Unfortunately, they continued to believe this collapse came about primarily in men who were weak in character.

Then came World War II. Everyone knows the story of General Patton slapping the soldier in the hospital and treating him as a coward. Generals cannot afford to believe that war is bad for soldiers, that it isn’t just a matter of mind over matter. Although Patton is certainly most famous for expressing his feelings on the matter, I doubt he was unique in his opinions. He was just more outspoken than most of the war leaders.

It became clear it was not just the “weak” in character who were breaking down. This is reflected in the subtle change in terminology that took place near the end of World War II when “combat neurosis” began to give way to the term “combat exhaustion.” Author Paul Fussell says that term as well as the term “battle fatigue” suggest “a little rest would be enough to restore to useful duty a soldier who would be more honestly designated as insane.”

Gabriel writes in No More Heroes, a study of madness and psychiatry in war, that contrary to what is in the movies, television, and the military, it is not only the weak and cowardly who break down in battle. In reality, everyone is subject to breaking down in combat. … ” When all is said and done, all normal men are at risk in war.

Vietnam and subsequent wars have kept troops permanently under siege while the medical community has sanitized symptoms. PTSD lacks any obvious link to war and battle. It doesn’t change the problem and has not resulted in better treatment in VA hospitals. Today’s ploy is to not even acknowledge the problem, but instead, ascribe soldiers’ symptoms to “something else.” Anything else to avoid the military accepting responsibility for the care of its victims.

The cost of war exceeds our ability to cope with its fallout. Apparently, no one considers not sending more soldiers into combat might be the best solution. Funny about that.