THE ODD COUPLE THAT COULD BRING TRUMP DOWN – natshouseblog

Steven Miller. advisor to Donald J. Trump and Katie Millie, Press Secretary to Vice President Mike Pence, who has been diagnosed with COVID-19. Both Millers have daily access to Trump and Pence.

By Nat Helms of natshouseblog

Mother Nature apparently doesn’t like the way things are going in the world at the moment and banded together with irresistible karma to take a whack at Donald J. Trump, the original source of most of the chaos in the world today. It seems the Fates selected a close advisor inside Trump’s White House to host treacherously virulent novel coronavirus spores that have a tendency to make those around the unsuspecting host either sick or dead. It could mean there are about to be some sinister changes inside the White House.

There are plenty of reasons of the gods to take aim at the incendiary narcissist and bungler working diligently to destroy all the institutions of America. Their displeasure could be over Trump’s treatment of Mother Earth, or his disregard for the lives of millions of Americans and almost all those who live beyond our borders, or because Trump is just such an asshole all the time. Some things are best left to the gods and the 12 rules of karma to understand. 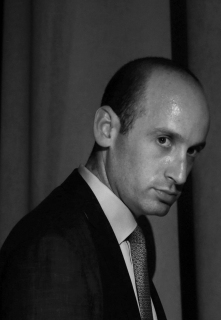 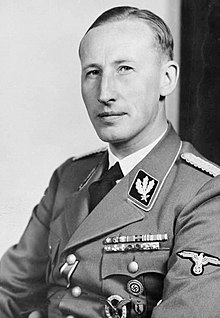 A real good example of karma in action is the haunting of the White House by dem-princess Katie Rose Waldman Miller, the new wife of Stephen Miller, one of Trump’s closest advisors. Both Millers work deep in the Trumplandian swamp where nepotism is A-Okay as long as they keep it in the family.

Her husband Steven  Miller, 34,  is the unfortunate Jewish doppelgänger of super-Nazi Reinhart Heydrich. Unlike the assassinated architect of Germany’s “Jewish Solution”, Miller keeps his iron fists in velvet gloves while he tramples on the basic rights of his fellow human beings. His thing is staying almost morbidly silent in the background generating ultra-right wing, white nationalist policy that eschews black, brown, and Arab peoples from coming to America.

Karma adherents have always maintained Trump and his gang have something bad coming at them. The Sanskrit For Dummy’s definition of the word karma is “action.”  Laws of karma are all about the positive or negative implications of our words, thoughts, and deeds. Everything we do good or bad creates corresponding energy that comes back to gobsmack us in some form or another.

Miller currently lives high on the hog. The international villain and fawning Trump loyalist married Katie last Feb. 16 at Trump International Hotel in Washington with Uncle Donald in attendance. The event was officiated by Rabbi Aryeh Lightstone, a senior adviser to the United States ambassador to Israel. The ambassador apparently was taking time off from helping Israel steal more stuff from the caged Palestinians.

Mrs. Miller, 28, served as a spokeswoman for the United States Department of Homeland Security during the tenure of Secretary Kirstjen Nielsen. Her husband helped engineer Nielsen’s controversial public firing for being too lenient to the babies and children her agency tore from their parent’s arms and stuffed into brutal concentration camps Miller helped organize.

Ms. Miller’s reported affliction with the coronavirus on Friday was the second known case of COVID-19 this week in someone who moves inside Trump’s inner circle.

According to White House pool reports, Pence’s flight to Des Moines, Iowa, was delayed on the tarmac of Joint Base Andrews in Maryland for an hour Friday morning, where six people who had contact with Katie Miller deplaned. On  Thursday, the White House confirmed that a personal valet for Trump – a staff member who comes in close contact with both him and his family – also had a confirmed case of COVID-19.

Both Trump and Pence reportedly tested negative for the coronavirus on Thursday, the White House said.  Trump often downplays the magnitude of the pandemic while he focuses on reopening the nation’s economy that his weak, vacillating policies helped destroy.

Pence is equally culpable for misdirecting the country through his brainless thoughts and deeds. He came under fire last week for not wearing a mask during a visit to Minnesota’s prestigious Mayo Clinic. He later admitted he made a mistake, claiming he “didn’t think it was necessary, but I should have worn a mask.”

No shit Sherlock, that’s why the country is falling apart.