Home › American history › MEMORIAL DAY: THEN AND NOW, THE DAY AFTER – GARRY ARMSTRONG

MEMORIAL DAY: THEN AND NOW, THE DAY AFTER – GARRY ARMSTRONG

Time changes everything. It’s a given. Memorial Day is no different and that’s a shame.

When I was a kid, Memorial Day was usually a family affair. It seems as if it was always sunny and warm for the gathering of several generations. I was fascinated by the stories told by the men who’d collectively served in two World Wars and the Korean “Peace Action.” The stories were funny and sad as were the memories of when they served our country. 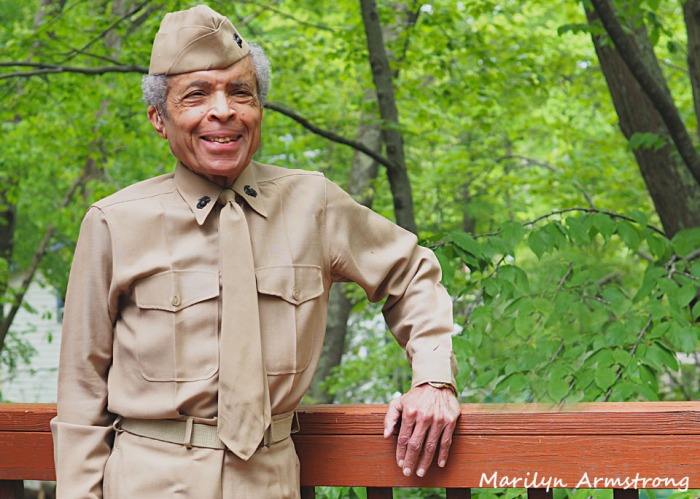 How many 78-year-old men can still wear the same uniform they wore at age 17?

My maternal Gramps, a Barbados native, served in the Danish Navy during World War One, the war to end all wars.  His stories seemed to be from a distant time that I grasped only in a haze. I’d read about WW1 a bit. Dry accounts in those history books of the ’40s and early ’50s we were given in school. My personal library included books by Erich Maria Remarque who gave bittersweet accounts from the German perspective.

“All Quiet On The Western Front” was the most memorable. I don’t think Gramps or the other elders liked my interest in Remarque’s books. I didn’t understand their attitude. Not then, at least. There was music, including songs like “It’s A Long Way To Tipperary” which elicited smiles. The music blended with the sounds of the parade outside all the open windows. I usually dashed outside for a glimpse.

Those parades included veterans who’d served in the Civil War.  I was always impressed and wondered how old some of those men were who marched with pride and crispness, belying their years. I felt a stirring in my heart. I wanted to be one of those men someday.

In my adolescent and early teen years, family Memorial Day celebrations changed. Some of the men were gone. So were their stories. There was still laughter, fueled by liquor consumed in prodigious amounts by uncles, cousins, and friends. 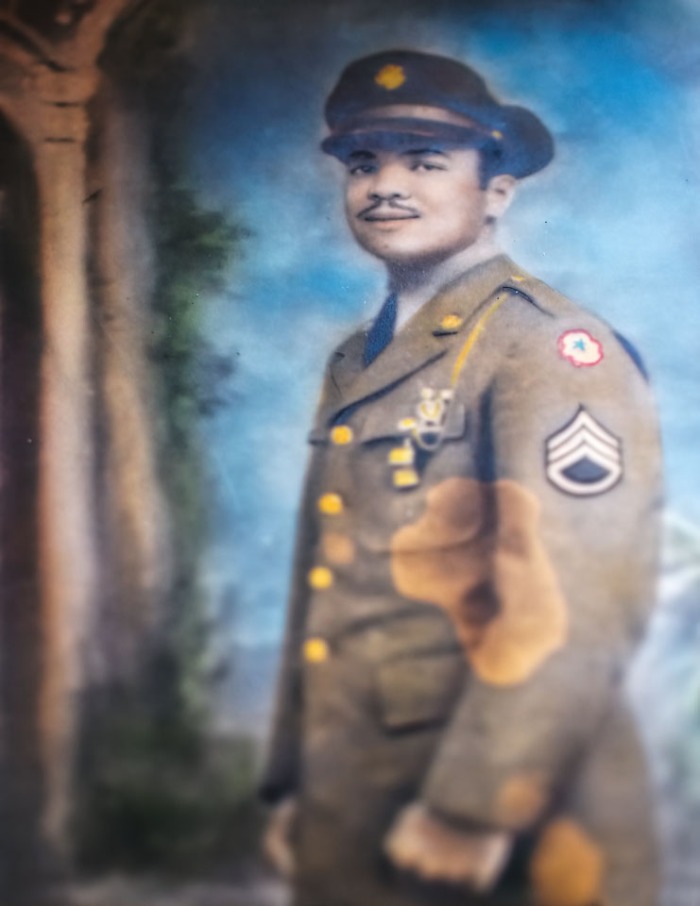 My father in uniform, World War 2

My Dad, Bill “Tappy” Armstrong, had been an Army Seargent in WW2. He had seen action in the Battle of the Bulge among other places.  He smiled at some of the war stories but never shared anything.   He never shared anything about his personal war experiences until the final year of his life.

Those accounts were harrowing and gave his three grown sons a better understanding of Dad’s quiet demeanor, moodiness. and reluctance to share his feelings. After Dad passed, we found many medals stowed away apparently for more than half a century. It was his legacy of the Greatest Generation.

One of the staples of those family Memorial Day celebrations was watching war movies. Even before cable, the networks and local TV stations ran a marathon of our favorite John Wayne, Errol Flynn, Robert Taylor, Robert Mitchum, and other Hollywood gung ho flicks that raised the roof with laughter from the real-life vets guffawing over the exploits of Hollywood heroes. There was derisive laughter for Wayne and Flynn who single-handedly won the war according to the heavy propaganda scripts.

I thought those guys were real heroes. Hell, I was gonna be a Marine like Duke Wayne’s Sgt. John Stryker in “Sands of Iwo Jima.”  The parades outside now included WW1 Vets. The last of the Civil War heroes had passed. The music of Tommy Dorsey, Vera Lynn, and Glenn Miller permeated the celebrations. I loved their sad, sweet words and music. They would always be part of my musical collection.

My vow to emulate Duke Wayne’s Sgt. John Stryker was fulfilled as I enlisted in the Marine Corps right after high school graduation in 1959. I was a baby faced 17-year-old who needed his parent’s signature to become a gyrene.

Memorial Day 1959 was in my rearview mirror when I signed up. I had clear memories of that family Memorial Day. There were only a few WW1 Vets still around to participate. WW2 uniforms dominated. A fully integrated armed services participation brought big smiles to faces in my family. The music included new interpretations of war tunes offered by Elvis, Connie Francis, Paul Anka, and other fresh faces in the top 40-market.

My Dad cried when he saw me off to basic training at Parris Island where “boots” were turned in fighting gyrenes. It was the proudest day of my life.

I never became the new version of Sgt. John Stryker because my lifelong hearing affliction made it impossible for me to serve, especially as a Marine. Imagine crawling through the jungle, listening for any sign of the enemy. It would have been a catastrophe waiting to happen. I did get to “enjoy” a fair amount of basic training.

I left my mark with many a hard-nosed Drill Instructor frustrated when I laughed as they barked out intimidating orders. I drank homemade hooch (I’ll never give up the brewer), stripped and refitted my M-1 blindfolded, survived a few double-time forced marches, and had my first barroom fight with peckerwood Southern bigots in a nearby Beaufort gin mill.

My platoon mates and I cleared out the place with just a few scratches to show for our brawl. Now, I was officially a Marine!   Our C.O. smiled when he chewed us out for drinking and fighting. His main concern: Did we leave any of those miscreants standing?  Hell, NO!  The C.O. gave us a sharp salute and a night off to soothe our bruises.

A few days later, thanks to my hearing problems, Pvt E-1 Garry Armstrong was mustered out and headed home. in uniform.

My Dad cried again when I arrived home in uniform. Yes, he saluted me.

This past weekend’s Memorial Day celebrations were lost in the COVID-19 headlines. A sad sign of the times for those who served and still serve our country. I salute all who put their lives on the line and am proud I still have my Marine Corps uniform. It fits better than ever.

I’ve never marched in a Memorial Day Parade. I leave that to those who’ve spent full tours in service and beyond.