Home › Blackstone Valley › A STRAW AND A CAMEL – Marilyn Armstrong

A STRAW AND A CAMEL – Marilyn Armstrong

I understand that Amazon is overloaded and slow delivery is routine and that’s okay. Most things I don’t need tomorrow or the next day. I don’t mind waiting a week and sometimes much more.

What gets me is that they deliver my stuff to other people’s houses. Our left-hand next door neighbor is one ornery, nasty old cuss. We used to listen to him shouting at his wife. She’s gone for at least a decade. I’m surprised she stayed as long as she did.

Not surprisingly, since Amazon has taken to dumping our packages on his walk, he has found it annoying. He refuses to return the packages. If we can’t figure out that he’s got them, he keeps them. Yes, it’s illegal and once we had to send the cops who explained the legalities and he decided maybe he should return the packages. 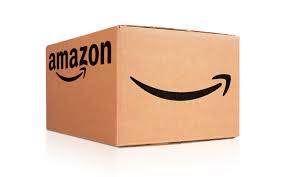 But, in all fairness, this is an ongoing issue. I can’t count the number of times I’ve been told the package was delivered but it wasn’t … and it never appeared. It was delivered somewhere, but not here.

We have provided our phone number and very specific directions on how to get here. We put up a sign along the road so if you are trying to find the We have given Amazon specific instruction on how to get to this house and we have a big sign at the top of the driveway that has our house number on it. Four packages were supposed to be delivered today and all four of them went to the nasty old neighbor. And all four delivery slips said “packages given directly to residents.” No, they weren’t. Not to us, not to the neighbor. Not to anyone but us.

They promised me it would never happen again. I wasn’t my usual placid me because I can’t count how many times they have said this exact line to me and it hasn’t changed anything.

That they can’t get the address right is annoying. That they lie when they say they handed it to a resident is much more than annoying. I understand te drivers are under pressure, but they had other options including “delivery is delayed” if it is. But it wasn’t delayed. It was delivered to the wrong place.

I hate the lying. That they make it increasingly difficult to get in touch with anyone at Amazon to deal with problems is most annoying of all.

The whole point of ordering things is so they get delivered. To me. Not my neighbor who lives a quarter of a mile down the road. It wasn’t that the packages were delayed, lost, or still on the truck. They were delivered — just not to me. The guy lied, said he delivered them to a resident, and dumped them on our neighbor’s sidewalk. It isn’t okay. And if I have to find local places that sell what i want, then I’ll have to do it.

I hope the state lets some more store open soon because it gets increasingly difficult to buy anything except groceries.