The TSA uses about 1200 dogs at airports to screen passengers and baggage. These dogs are from seven breeds, two of which have pointy ears, including German Shepherds. But four out of five of the recent additions to the canine corps have droopy ears. Why? 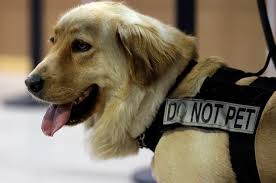 There is some research that supports the idea that people view pointy-eared dogs as more intimidating. This is a totally unsupported prejudice and it’s unfair to dogs because many dogs with pointy ears have had their naturally floppy ears cropped as puppies. Others have been genetically engineered by breeders to look that way.

Let’s be clear – pointy ears do not indicate an aggressive or dominant temperament. Ear configuration has no relationship to a dog’s disposition. This fear of pointy-eared dogs has been called ‘canine racism.’

I know a lot about doggie discrimination.

My daughter, Sarah, works with a Pit Bull rescue group in LA called Angel City Pit Bulls. One of their missions is to fight breed discrimination, like breed specific legislation which prohibits Pits from certain buildings and even certain cities. London had a Pit Bull ban and Montreal is trying to enact one. This forces people to choose between living where they want and giving up their beloved pet or finding somewhere else to live with their dog.

Pit Bulls are the canine ‘bad guys’ du jour. In the past, German Shepherds were shunned as aggressive and dangerous but now are used as companions and seeing-eye dogs. Then Rottweilers became the ‘bad dog’ du jour — and they don’t even have pointy ears! 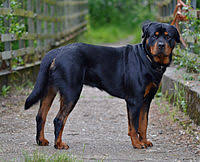 In the late 1800s and early 1900s, Pit Bulls were used as the ‘nanny’ dog – to protect children and be their early companions. They were considered the ideal family pet and many family photos from the period include young children with their Pit Bulls. 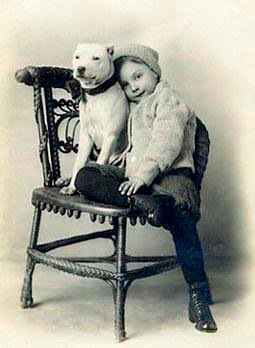 Old photo of Pit Bull with his child

What’s even more galling about Pit Bull discrimination is that ‘Pit Bull’ isn’t even a legitimate breed. It’s an umbrella label that encompasses dogs from at least four different breeds, including Staffordshire Terrier, Staffordshire Bull Terrier, and the American Bulldog.

To add insult to injury, the breeds that make up the faux category ‘Pit Bull’, are smack in the middle of the ratings for aggressiveness by breed. They are rated between Labs and Golden Retrievers! Clearly, these dogs are nowhere near being the most aggressive dogs.

In fact, the two most aggressive breeds are Chihuahuas and Dachshunds. But no one lodges complaints when attacked by a Chihuahua, probably because it would be embarrassing.

The most dominant traits in Pit Bull breeds are their gentleness and sweetness, their friendliness and their desire to please their humans. They got a bad reputation decades ago when dog fight promoters started training Pit Bulls to fight. 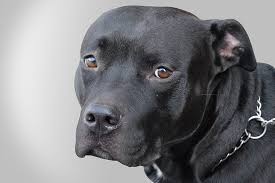 People seem to need to discriminate. They discriminate against people and dogs. We should fight prejudice and discrimination wherever we find it, even when it’s dogs. Mostly, dogs are nicer than people anyway.