While I was growing up, mostly in the late 1950s and early 1960s, I knew there was plenty of inequality to go around. Whether you were non-white or non-Christian, or a woman, there was plenty of prejudice and bigotry to give everyone a healthy dose.

While it was no longer fashionable to be (at least in my home state of New York) an obvious bigot, it didn’t eliminate bigotry. Many of us felt the effects. It was subtle. It always left a question mark hanging in the air. What had really happened? If you were a member of any group that suffered from social and workplace intolerance, you had to tweeze apart encounters to make sense of them. There was what had been said aloud. Then, there were innuendos and attitudes that left you trying to figure out if it was personal or something else.

I remember talking with my mother about this following an unsuccessful job interview where I had gotten the distinct impression the real issue was not my education or experience, but my plumbing. Or maybe it was the hook in my nose. Or both. What did she think? 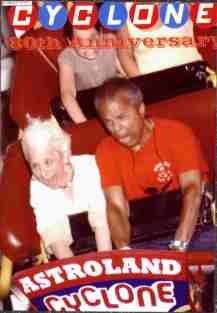 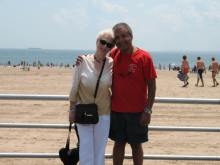 The way we were

“When I started working,” she said, “I was only 14 … so I guess that was 1924? I didn’t look particularly Jewish. Blond hair, green eyes. But in those days, they didn’t have to guess. They just asked. It was legal to ask about religion and race. They gave me a form to fill out. I filled it in. Name, age, address, school. Where I had worked before. Then they asked for my religion. I wrote Jewish, then handed back the form.”

“That was legal?” I asked. It seemed incredible to me that this had gone on, but of course I was naïve and young. I would grow more cynical as years went on. “And then what happened?”

“He looked over the form,” continued my mother. “Then he mumbled Jewish. He took the paper, tore it up, and threw it in the trash. Right in front of me. At that point, I decided I would write “Protestant” when I was asked. No one was going to do that to me again.”

Things have supposed gotten better. After all, we have the civil rights amendment and laws which, in theory, prevent people from being fired (or not hired) because of race, age, having children, being female, being any religion other than Christian and in some cases, being the right kind of Christian. Prospective employers can’t directly inquires about your race, religion, or suggest that being a parent would make you unsuitable for the job. But whether or not they ask, people get fired (or not hired) every day for having children. For being the wrong sex, wrong color, wrong faith … wrong being whatever the person doing the hiring deems it to be. You can make prejudice, race hatred, and gender bias less visible, but you can’t make people be fair. Prejudice live in the bones and no law will change it.

The one guy I hug a lot

Inequality is every time a woman gets paid less than the guy next to her for doing the same (or more) work. When the white kids applications rise to the top of the pile and those of the non-white applicants somehow remain on the bottom. When anything but who you are, what you know, what you can do are issues in the workplace or our culture. That’s inequality at its worst — not counting being black and getting shot for no known reason except your skin color. That’s definitely worse.

You can rail about “political correctness” and how it’s being overdone, but I disagree. It’s bad enough so many people have to suffer the indignities of bigotry. The least we can do for them is make it illegal to shove it in their faces and down their throats.

I suppose we can thank Orangehead for taking the subtlety out of racism and putting is back where it belongs. Nothing subtle about it these days. You don’t have to guess anymore.

Like Loading...
‹ SAYING NO TO BULLETS: THE FIRST TIME – BY ELLIN CURLEY
WHAT’S YOUR FAVORITE TOOL? – Marilyn Armstrong ›