MAR-A-LAGO: MASQUE OF THE RED DEATH – BY TOM CURLEY

You might think by now that we would be emerging from the COVID-19 disaster. But we aren’t. In fact, more than half of our states are in worse shape now than they were a couple of months ago. Florida had more new cases today than any other state has ever had … or any other country has had. We haven’t hit the second rebound stage. We have yet to get out of the initial first stage. Meanwhile, Trump is INSISTING — and threatening to withold education funding for states that don’t do as he says even though he has not right to withhold that money from any state — that every child has to be in school this fall. I think his little one Barron should be sent to a public school. I bet that would change his mind.

I’ve been thinking about this blog for about a week now. It was going to be a very clever (well in my mind at least) parody of Edgar Alan Poe’s The Masque of the Red Death.

It was going to be about an imaginary land called “Merika”. That wasn’t its original name, but the Prince who ruled over it and his followers could never pronounce it quite right. So, they just changed it.

The Prince’s name was Prospero. He wasn’t actually a prince even though he thought he was a king. And his name wasn’t Prospero. He had changed his original name to Prosperous because he constantly told his subjects he was a great and wealthy businessman. He never could spell it correctly in his royal tweets, so, everybody just started calling him that. Why? Because you could never say the Prince did anything wrong. Ever. Ever. Ever.

So, of course, as in the book, a great plague overtook the land. In just a few short weeks millions were infected and thousands were dying. So, what did the Prince do? He said it was a hoax. Everything was fine. If it was real, it would only affect people who didn’t like him. He called them “The Never Prosperos”. 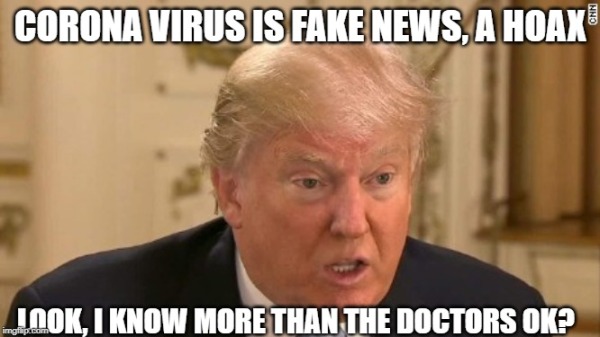 He asked his minister of Health, a very wise old doctor who had dealt with many plagues in the past, what he should do. Then he did the exact opposite. As the plague got worse, he gathered all his rich friends and he retreated to his beautiful luxury vacation palace. It was called Mar-A-Lago. The problem was that it wasn’t really that beautiful or that luxurious.

In fact, it was sort of a dump. It had garish fake gold decorations everywhere. The Prince even had a gold toilet. But nobody ever said anything. No one could ever give the Prince bad news. Ever.

To prove how great everything was for him and his followers he threw a great masquerade party at the vacation palace. His wife decorated all the rooms in different colors. But only one color for each room. Just like she did in the main palace during the Christmas holidays. 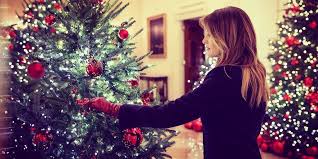 They were really sort of creepy and weird. But nobody said anything because the Prince said they were great. The greatest rooms in the history of rooms. Ever.

Every hour on the hour a band would play “Hail to the Prince.”  Very loudly and very badly. This was because the palace band had all come down with the plague and were dead. The only band the Prince could find was a band called “Three Doors Down”. They had never played the song before, so they did what all bad bands do. If you can’t play it well,  play it loud. When they did all the guests would cover their ears and grimace. For some reason, people don’t like Three Doors Down.  When the last guest arrived, the Prince had the doors to the Palace locked and sealed so nobody who had the plague could get in. The only problem was the last guest wasn’t wearing a mask. He was wearing a red hat that said: “Make Merika Great Again.” He wore it because it was sold by the Prince’s company and the Prince wanted all his followers to wear one.

The original hats were made in China, where the plague originated and it was on all the red hats. So, the plague made it into the palace and no one, not even the Prince could escape it because he had sealed all the doors. 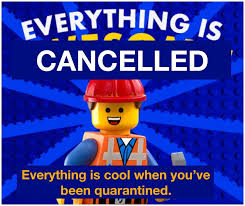 All and all, I thought it was pretty clever. Then reality said, “Too late, already done!”  Our actual wanna-be King had a real party down in Mar-A-Lago where he invited all his sycophant followers like Lindsey Graham and the Ambassador from Brazil and they all laughed at the Democrats’ response to the Covid 19 virus.

They hugged and shook hands and all told the King what a great job he was doing. The only problem was the Ambassador and a few other folks there already had the virus.

Graham has dropped off the planet because he is in self-quarantine. Matt Gaetz, a congressman whose head is so far up Trump’s ass he can see Sean Hannity wore a gas mask to a House vote on an emergency bill to help fight the virus.

He wanted to show what a joke the whole thing was. That was until he found out he was exposed to the virus a week earlier at the CPAC convention. He had to sit all alone on Air Force One on the trip home and now he is in self-quarantine.

You just can’t make this shit up.

We’re at the beginning of an unimaginable catastrophe and we’re being forced to listen to a bunch of ass clowns hold press briefings each day where all they do is tell us how the King is doing a great job and everything is just fine.  Except for Doctor Anthony Fauci, the only sane voice in the room. I’m stunned he hasn’t been fired yet. 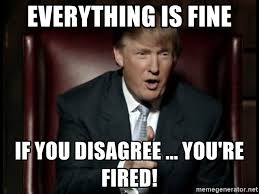 This is as serious as a heart attack. Stay safe. Wash your hands. Stay home if possible. Don’t shake hands. Practice social distancing.

And for Christ’s sake STOP BUYING TOILET PAPER!! I know our government is full of shit. But that’s not going to help.

Not really the end …