PEACE TALKS – HARRY DRESDEN IS FINALLY BACK! – by JIM BUTCHER

I looked it up. I have waited six years for book sixteen in the Harry Dresden world to be published. I have waited patiently, then less patiently. A few months ago, there was a book by Jim Butcher called (tada!) Spiderman: The Darkest Hours. It wasn’t Harry Dresden, but it was good and it was Jim Butcher. It kept me from madness. This is truly a year in which if books disappeared, my brain would slither out through my ears and I would be officially brainless (as opposed to intermittently brainless).

Peace Talks is as good as I had hoped it would be and it is eerily timely, given COVID-19 and our so-called president sending his own secret service into the streets to beat down protesters. Peace Talks are the least peaceful talks ever attempted. The next book, to be released at the end of September, will really be part two of this duology. I don’t know if it will also be the end of the series. I hope not, but I have a feeling it might be. Because I’m not sure what more Harry Dresden could become beyond what he has already become. He was always powerful, clever, and funny. But now, multiply the earlier Harry by the power of 10 and he’s one seriously magical dude. 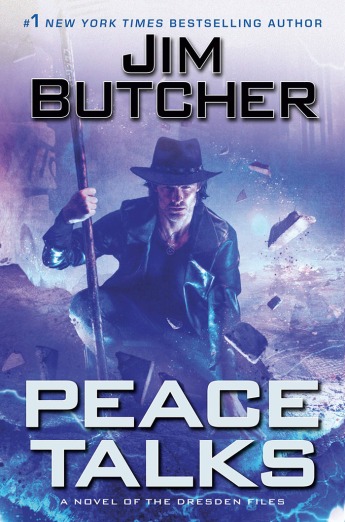 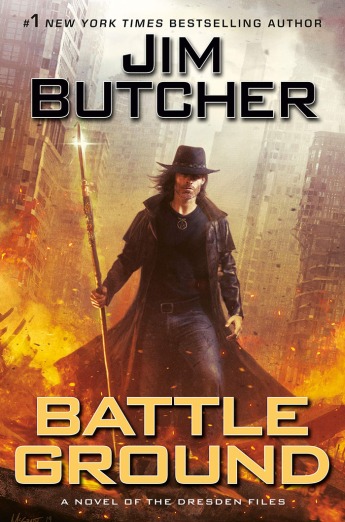 I waited for the previous five years for this new episode. This year — year six — I was getting desperate. I couldn’t bear the idea of reading one more political insider story extruded from our dark and creepy White House. I’m pretty sure it has become the opposite of Demonreach — a place where the worst of the worst can safely hide.

I needed magic. I needed Harry. I needed Jim Butcher. Considering you-know-who is threatening Chicago with his secret police, Harry, it’s time to come out of hiding. Chicago won’t survive without your help. Hell, Harry, the WORLD is waiting. In the meantime, I need you.

Peace Talks is satisfying on so many levels. Earlier books ended with more resolution than these past few. Now, each book is an episode in a continuing storyline heading toward a Dresdenesque apocalypse. Jim Butcher extracts Harry from impossible predicaments in which he faces overwhelming odds, then adroitly weaves these events into the storyline, taking Harry and the series into the next book. He wastes nothing. No phenomenon is accidental. Everything is part of a giant jigsaw puzzle, a piece of a picture to be finally revealed.

I love the Dresden universe. My world has more than enough evil to keep an army of wizards busy, but the evil in my reality plane makes fighting them similar to trying to punch a hole in jello. You can’t beat them; they have no substance.

There is one more book to come, though I can’t help hoping for more. Regardless, it is going to be gigantic.

Book 13.5: Side Jobs: Stories From The Dresden Files