THE SOCIOPATHIC CONTRACTOR – BY ELLIN CURLEY

In 1987, my ex husband and I, along with our two children, spent weekends and summers in a one bedroom cottage on my mother’s property in Easton, CT. My grandparents had lived in the cottage when I was growing up. It was fine for them but at this point, both kids were sleeping in the living room. It was time to get a bigger house. So we decided to build one on a piece of adjoining property that Mom gave me.

We hired an architect and spent nine months designing a beautiful but budget friendly house. Unfortunately, our architect was calculating costs based on the prior year’s cost per foot. And costs were apparently rising at a ridiculous rate. When we put the house out to bids from contractors, the bids were twice what we had budgeted. We couldn’t afford to build our dream house anymore!

Only one bid came in low enough that we could just barely stretch to afford it. It came from a general contractor we knew personally. Mac was a well-liked, well-respected member of our tennis club. He had even been president of the club. We knew his friends and family. We asked him why he could put in such a low bid. He said he was just starting in the contracting business and wanted to use our house as a marketing show piece. He’d do it for cost and not expect a profit.

Mac working on the house foundation

We drafted an air tight contract (my ex was a lawyer). We broke ground. We wrote checks. The house was framed out but not enclosed. Winter was coming. We had put in all the money we were contractually obligated to put in. It was up to Mac to put in his share. On paper.

Mac told us he didn’t have the money to finish the house. If we wanted to protect the structure from the coming winter, we would have to pay for everything going forward, above and beyond the contract.

We were between a rock and a hard place. We’d lose our significant investment and our house if we cut our losses and walked away. We were frantic. We ended up selling three of my thirteen acres of land to help finance the now much more expensive house. We also borrowed money from my parents and went deeper into debt. We finished the house but it took forever. I kept paying all the bills I received but contractors either didn’t show up or came but did a shoddy job. We couldn’t understand what was going on. 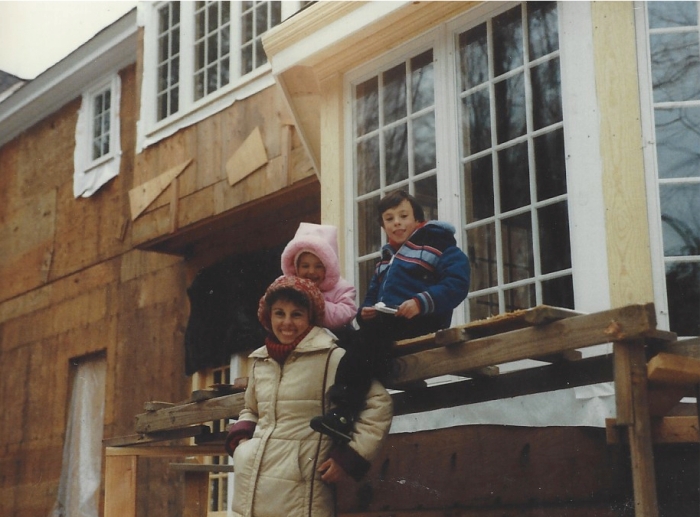 Me and my kids as house framed out

Until one contractor came to me, toward the end of the process. He complained that Mac had not paid him until he threatened to sue. When he did get a check for $2500, it bounced. Mac had told him that the reason he was stiffing the contractors on their bills was that WE were not paying our bills to Mac. I was shocked. I showed the contractor my canceled checks to Mac, covering everything.

I hired a lawyer. He said that this was the worst case of construction fraud he’d seen in 15 years of practice. Apparently, Mac had just taken most of our money for himself. He was doing the same thing to another family at the same time. When contractors demanded payment, he would use some of my money or the other family’s money to pay them off and get them off his back. He was robbing Peter to pay Paul and visa versa. He was paying the contractors just enough money to get the jobs done – eventually. It took a year and a half to build our house. 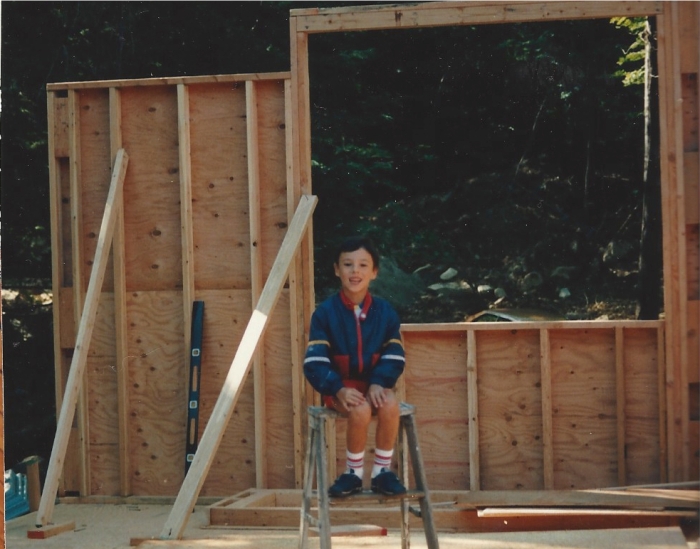 My son on the building site

We fired Mac and finished the house without him. His partner told us that he would never work with Mac again. He also told us that the estimate Mac gave us was based on no calculations and no facts. Mac just came up with a number he thought we’d accept.

We couldn’t sue Mac because our lawyer couldn’t find any of our money. Mac was broke. There was no money to recover. No one could figure out what he had done with all the money he took from us, that didn’t go into our house. It came to over $200,000! His wife swore he didn’t spend it on his own house or family. 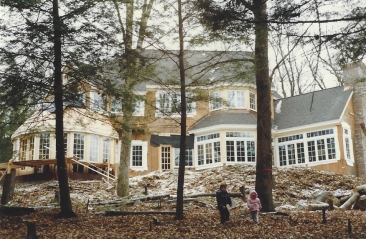 back of house almost finished 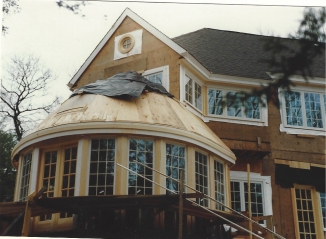 Years later, his wife discovered that Mac had conned her as well. He was supposed to be contributing his income to the college funds of his three kids. There was no college account. He was also supposed to be filing and paying the family’s tax returns. He not only didn’t pay taxes, for years he never even filed returns. The IRS came after his wife, who worked, and garnished her salary. That’s when she left Mac, taking her three kids with her.

Mac was obviously a sociopath. He screwed a lot of people. The building of my house turned out to be one of the major stress periods and financial drains of my life. I love my house and am still living in it 28 years later. But it is in spite of all the angst we suffered during the building process. 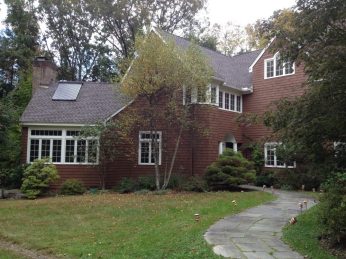 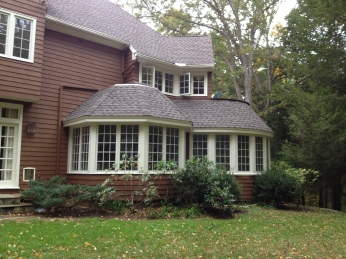 I recently renewed my friendship with Mac’s ex wife. We commiserate together over being taken to the cleaners by Mac. We still have no idea where all the money went. We think it might have gone into a land deal that went south. Mac always had some new money-making scheme in the works. But we’ll never know. They say that building a house is throwing money into a black hole. Well, in our case, it really was a black hole.