Tinker and Griffon were almost exactly the same age. We got them a few months apart. Griffon was deemed not-breedable because he had a problem with a rear leg. It was fixed before he came to us and was neutered. His intended bride had been Tinker who was fine and healthy. I got her on a “one litter” contingency. But when the time for breeding arrived, I was afraid. I had a lot of breeder friends by then. I knew at least one woman who had lost not only the pups, but also the mother. She was devastated, She stopped breeding and showing. These weren’t just show dogs. They were her family pets and the mother had been her favorite.

Breeding isn’t always easy. Depending on the dog’s structure — how the hips are built — short-legged dogs can be difficult and may require a Caesarean. You need to know what’s going on to know when the bitch is in trouble. They sometimes decide to give birth in the middle of the night and you don’t know until morning that you’ve become a grandmother. I decided I was not the right person to breed. Too much danger and I knew too little. I am sure I was right. 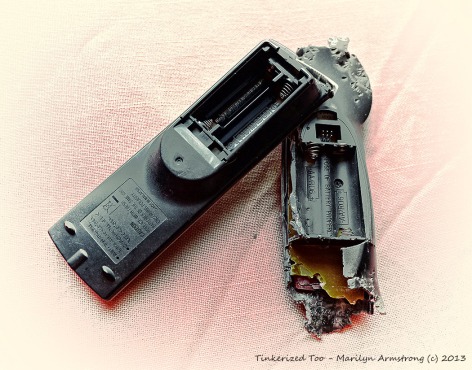 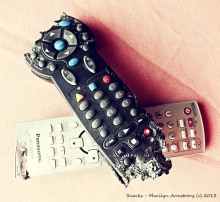 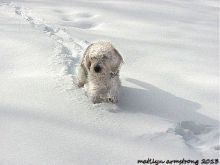 Tinker as a pup

I had never heard of these dogs. They were newly registered in the U.S. As a dedicated dog show watcher, I saw them first at Westminster and they were such deliciously goofy dogs, I wanted one. I didn’t want three, though that is what I ultimately got. We already had Divot, our little former champion who became ours when she retired from the ring. I wanted one more and thus acquired Pagan (Goose Creek’s Ch. Dancing in the Dark) because she already had two litters by Caesarean and her owner felt that was enough.

Pagan was the sweetest dog I ever knew — unless she had a bone. Give that girl a bone and she became a dragon guarding treasure in her lair — which was the crate we use as an end table. I keep it because you never know when you might need a crate, especially if you have an injured dog and you need to keep them from hurting themselves.

Dogs like their crates. To them, it’s the cave. They store things in it. Old bones, pieces of torn up napkins, toys, parts of things that used to be something else. They safeguard these treasures by hiding them under the blankets in the crate. Our dogs have all been crate decorators. We would wash all the blankets and whatever other items got tossed into the crate, In it, you’d find old towels, nightgowns, old bathmats, blankets from your last move — you name it. Periodically, when it got too smelly, Garry would remove everything (so THAT’S where the remote control went!), wash and fold them all neatly. Next, whoever was King or Queen of the crate, would go inside and tear the place up, drag out all the bedding, then drag it back in until it was properly arranged. Dog-style.

Pagan with a very young Kaity

Sometimes this re-decorating process could take a whole day. As a blanket got dragged out, dragged in, rearranged, then redone until it formed the perfect heap. That’s were Pagan went with her bones and after a while, the crate began to look like a dinosaur’s graveyard. And eventually, because the competition for bones got too dangerous, we stopped giving them bones. Besides, Pagan always wound up with all of them anyway.

Pagan died at age 7 of nothing we could figure out. The vet thought it might have been Lyme disease, but it never came up in a test. Whatever it was, it destroyed her kidneys. She was in a lot of pain. By then, we already owned Tinker who was Pagan’s granddaughter so we did an autopsy see if something was wrong with Pagan that might be genetic. Nothing showed up and we never knew what killed her. After Pagan passed, we had Divot, our beautiful little Norwich Terrier and Tinker, which was when another breeder offered us Griffin. He and Tinker were meant to be a pair and since he was not going to be shown or bred, he was shipped to us.

Griffin and Tinker fell in love. Tinker adored him and you never saw them apart. They ate together, slept together, played together. Quite literally, they were inseparable. But then, another girl showed up. A friend had a spare Norwich Terrier from an unusually large litter and since we already had Divot, she though we might need another one. From the moment she came into the house, Griffin started to drool over her. He dumped Tinker and went after Sally. 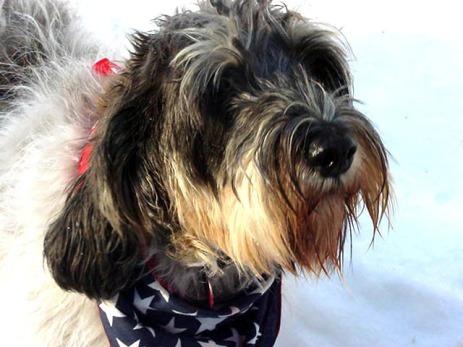 Call and he will come 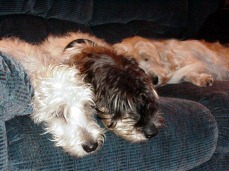 Three PBGVs in a row 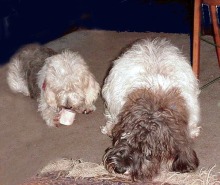 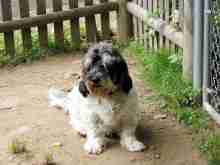 Kaity and her dog show 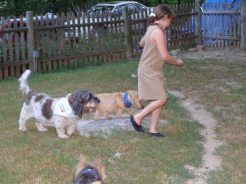 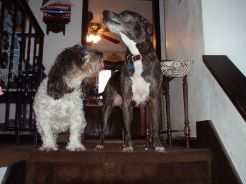 Tinker was devastated. She got depressed and wouldn’t come out of the corner. She started to destroy anything she could get her teeth around, especially Kaity’s toys and remote controls. We didn’t get along with Sally and found another home for her. She had, it turned out, bad hips and couldn’t manage the stairs and was, as dogs go, the stupidest dog I ever met. She couldn’t figure out how to use a step stool to get from floor to sofa, something that every dog we’ve owned has figured out with no teaching involved. And getting her to use the doggy door took four people and about a pound of liverwurst. Between the bad hips and the lack of brain power, she was rehomed and adored in the home to which she went.

Griffin tried to make up with Tinker, but Tinker would have none of it. She was the smartest dog we’ve ever had. Tinker the Thinker. She could open any gate AND close it silently. If there was a complex dog problem — like how to get that loaf of bread out of the breadbox and open it, Tinker would drag furniture over for climbing, get up on the counter, open the breadbox, get the bread, open the bag neatly, without an tearing or chewing. She could open new jars of peanut butter without leaving a fang mark on the lid and tear the guts our of any electronic device in seconds. She was as close to human as a dog gets and she never, ever forgave Griffin. She never played with him and wouldn’t share the sofa.

Poor boy. He was such a dog and Tinker was not the girl to put up with an unfaithful hound. She never played with any dog again until Bonnie came here as a tiny puppy and then, for the next year, Tinker came out of her shell and played. She even sometimes let Griffin sleep next to her.

A year later, Griffin had a massive stroke and died … and six weeks later, Tinker collapsed. She had, as it turned out, cancer just about everywhere. And that was the end of the hounds.

The hounds had beautiful singing voices and every morning, they would start the dawn howl and all the other dogs would join in. it was how they greeted the morning. When Griffin and Tinker were gone, no dog has howled since. If I ever open a pub, I’ll call it “The Hounds and Terriers.” And everyone will howl.