TALKING OF THE PAST AND WONDERING WHO’S LISTENING

It would not be untrue to say the both Garry and I had interesting careers and that the work we did made a difference. Garry covered news which these days (and those day earlier days too) meant trials, murders, fatal auto accidents, crime waves, politics, celebrity visits, opening days at Fenway Park (Garry’s annual favorite story), following around Presidents and other VIPs while looking for a story. 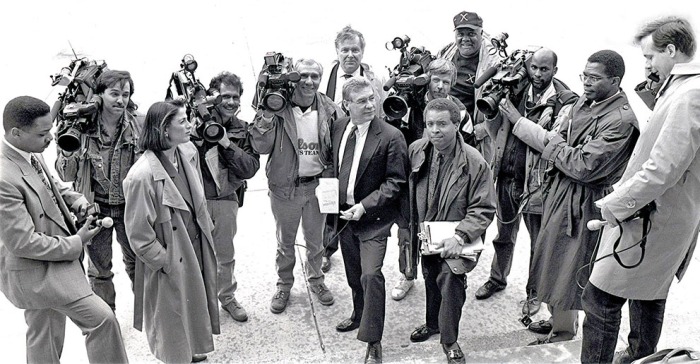 Garry’s work was notorious. Regionally famous, though surprisingly many people who didn’t live locally had seen his stories on the networks or on foreign new services. Garry was a daily presence on local television and frequently nationally too. People might forget which station he worked for, but they knew his face and felt like he was part of the family. After all, he showed up every night just about supper time.

Garry is a great speaker when he has an audience, He can weave a tale from almost any experience and people love listening to him. Usually he tells the truth, which is often more bizarre than anything he could create.  Now and again (since I know all his stories by now, I realize he’s doing a little expanding — part of the storyteller’s art). I never utter a word. Storytelling is his special art form. Who am I to interfere with his bardic abilities? Thus Garry’s career was always a lot more interesting for other people than mine.

He met celebrities. He followed stories that were in the newspapers and sometimes made national or international news. Also, he appeared on television pretty much every day. People recognized him. 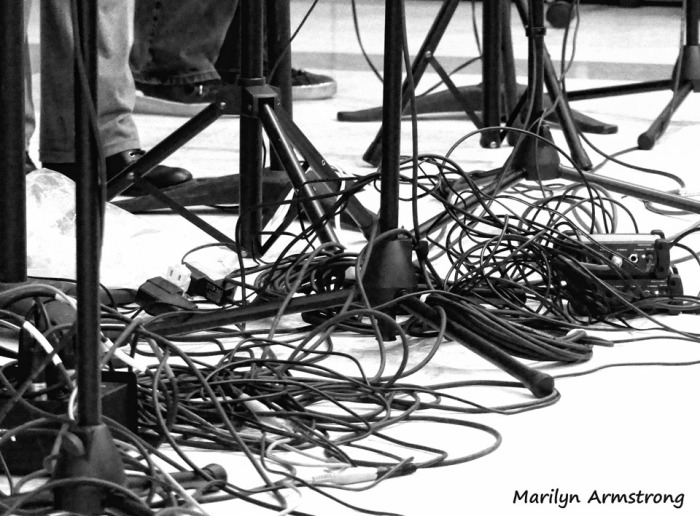 My work was important and many of the things we use now — from wireless computers to gigantic databases like Google are built on the research of which I was a part. But it was technical. I worked with celebrities — but they were techie celebs. Unless you were in the high-tech business, you would never have heard of them.

Describing what I did made most peoples’ eyes glaze over. Trying to explain the differences between object linking and other kinds of databasing, as well as the various combinations and new development to someone who hasn’t yet mastered the basics of their home PC? I could see them wondering how quickly they could escape. Eventually, I stopped trying to explain what I did unless I met someone in my own field. Then we had a grand old time rattling on about what we did and how we did it. Such moments were rare in ye olden days, though probably a lot less rare today. Generally, I just said, “I write technical documents and manuals for software and hardware aimed at professional developers.” 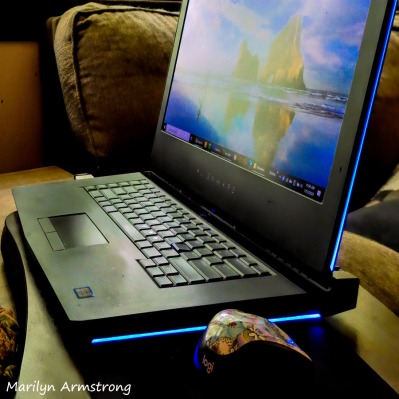 I had interesting stories about Israel and interviewing people who are now famous, but weren’t back then — like Netanyahu who was Minister of Education when I was running a features newspaper in Jerusalem. He was a regular guy then, worried more about getting money to better fund our schools. Times change. Also, I’m not quite as much of a ham as Garry is, so my stories are less entertaining. I’m not a novelist, verbally or in writing. I also explain everything too much. It’s a hard habit to break. I spent too many years explaining details, so when asked a question, I automatically go into technical descriptive mode.

Meanwhile, Garry’s a ham. Ask him. He’ll tell you. He loves the spotlight and if there’s a video camera involved, he’s there. It doesn’t mean he’s chatty at home, but give him an audience and he is off and running. In mixed company, I never stood a chance. NO ONE was interested in my work except people who did the same kind of work. Nonetheless, I earned a pretty good living and didn’t have to work 16-hours a day. Or wear a suit to work in the middle of a summer heat wave or stand in a blizzard to explain to viewers that, yes, it really is snowing. I always wonder why they send reporters to tell people the weather is bad. Just look out the window.

Nonetheless, together we did interesting things. What I did is a lot more interesting these days than it was back then. I was there when they were figuring out how to make wireless connections and was assured ten years before it happened that soon everything would be wireless. Now people are rather more interested because these obscure things are not so oscure today. They are part of everyone’s life and we depend on them. Grandma’s boring career is a lot less boring when your computer isn’t working and you need help making the software function.

I’m not as sharp about software as I was “back in the day” because I haven’t kept up with changes. Retirement is an opportunity to not be involved in all the things you did while you worked. The only time I miss work is when something goes wrong with my computer and the operating system is sufficiently different than before, I have to figure out where Microsoft has hidden the information this time.

All the original information is still in Microsoft OS, but they move it around. On a lot of levels, personal computers have not changed as much as they seem. They are a lot faster and there are more applications, but underneath the “user interface,” the computer functions pretty much the same way it always has. It just does it much, much faster. 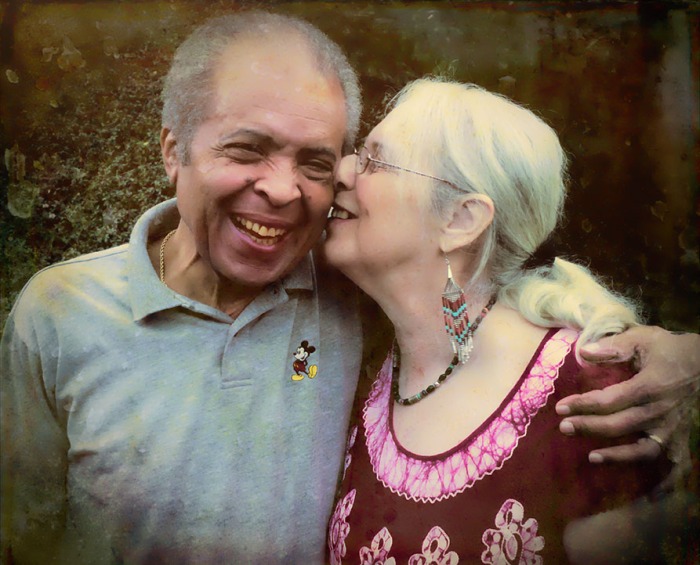 The one guy I hug a lot

I’m glad we had interesting times, individually and together. A lot of things that Garry thought weren’t very interesting are more interesting to him now, especially since some of the people I met and interviewed — or just talked to — are a big deal internationally in 2020. We may not have money, but we have memories. Sometimes, we have some peculiar personal relationships to people and events that took place many years ago, but changed the world. Like those five years at The University of Jerusalem’s Environmental Health Laboratory where I saw what is going on in today’s battered environment. What a pity we knew so much way back in the early 1980s — and earlier — and did so little to fix it.

Like Loading...
‹ EX-PATRIOT: THE DIFFERENCE BETWEEN A VACATION AND BUILDING A LIFE
BIRDS OF AN ORANGE FEATHER ›