THE PILGRIM’S LATE SUMMER DAY IN UXBRIDGE By GARRY ARMSTRONG

Initially, it was just a quick run to our local supermarket for a few items. It turned out to be one of the nicest afternoons I’ve had in a long time. An impromptu photo session turned into a brief lesson for this pilgrim who’s learned to appreciate our Valley’s place in this nation’s history. I was intoxicated by the weather – a lovely, comfortable day. Sunny, warm, minimal humidity with just enough breeze to tilt the grass, leaves and flowers still in bloom as we say farewell to August. Our town common could be out of Hollywood’s central casting. The town common that could have inspired Thornton Wilder’s romantic little town and other idealized small town in your favorite old movies, books, music, and paintings. On this day, you could even smell the fragrance of the flowers flowing gently over the green grass.

I encountered a small group of senior citizens (look in the mirror, Garry!) sitting and chatting quietly under one of the biggest and oldest trees in our Valley.   I paused to tell them I’d snapped a few “wide shots” that would not invade their privacy.  A few grunts and snorts and their conversations continued. I persisted, asking how everyone was doing in these crazy pandemic times. They nodded “okays.”

One woman told me “We’ve been coming out here almost every day during the pandemic unless the weather was bad. We won’t let our lives be dictated by this “thing.” We are very careful, very safe, and know our responsibility to one another. No silly stuff here, young man/” That made me smile.

She continued: “It’s so peaceful and quiet. We can hear each other talk. You know that’s important, young man. You have to listen to what people are telling you. No one listens anymore.”  I nodded. Listening was the “secret” of my success. 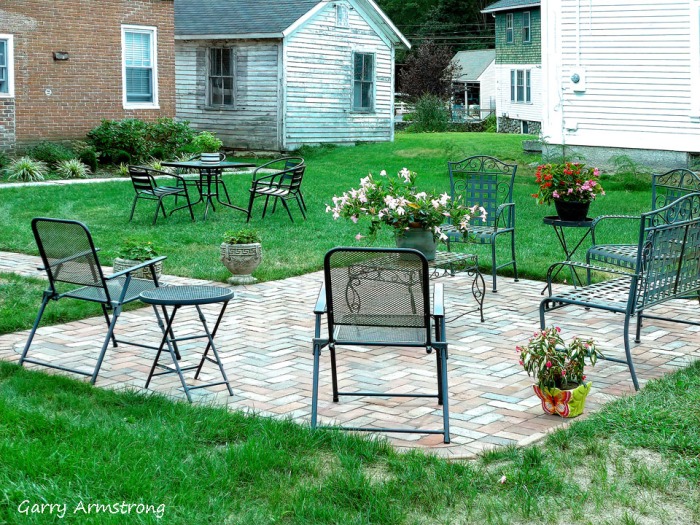 I received a flurry of ‘where do you live?’ and ‘how long have you lived here?’ as well as other queries about my presence on the Common and in the Valley. Standard stuff from long-time residents. The questions turned into an impromptu history lesson, probably to find out if I was a resident or just a nosy outsider looking for local color. I blurted out a quick response about my old professional life and the history lessons continued. 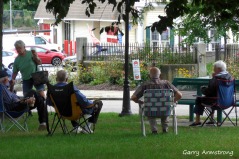 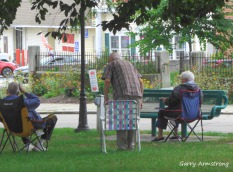 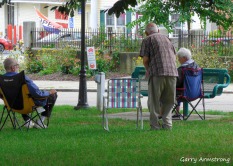 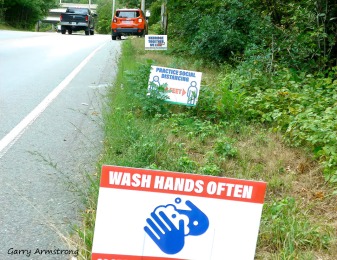 No one was impressed about who I used to be. I noticed the sun was getting brighter and everyone seemed more relaxed among my inquisitors. The history lesson came to a quick jolt for me. We were on politics and I had briefly faded. The feisty lady looked at me sharply, “YOUNG man, did you know about Robert and Lydia Taft, two of our most distinguished predecessors”? I nodded yes.

Feisty lady wasn’t convinced. “Well, young man, did you know that Lydia Taft was the first woman to vote in the continental United States on October 30, 1756.”?  I looked blank.  “No, I didn’t think you knew that, Young Man”.  No, I didn’t. It was a jaw dropping piece of historical trivia for me. I smiled. Feisty lady smiled. The history lesson continued until I begged off, saying I had to get home with my groceries.  I thanked everyone for their time and courtesy.

I looked around at the Common, trees, statues, flags, and the small group of wonderful senior citizens who had absolutely made this young fella’s day.

As I drove home, I looked at the beauty all around me.  I could hear, amid the toys in my attic, my “Uncle” Louie Armstrong singing, ” … and I think to myself, what a wonderful world, oh yeahhhhh!”

In Colonial America, women were not allowed to vote.

The Town of Uxbridge allowed Lydia, “the widow Josiah Taft,” to vote, because of the landowner and taxpayer status of Josiah’s estate and that Bazaleel, Caleb’s younger brother, was a minor. On receiving his proxy, Lydia Taft became the first recorded legal woman voter in colonial America when she cast a vote on October 30, 1756 in an official New England Open Town Meeting in Uxbridge, Massachusetts as noted in the records of the Uxbridge Town Meeting. 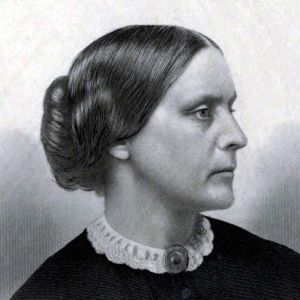 Her vote was in favor of appropriating funds for the regiments engaged in the French and Indian War. Taft’s historic vote preceded the constitutional amendment for women’s suffrage by 164 years. She appeared at and may have voted at two other official Uxbridge Town meetings, in 1758 and 1765.

Taft died at Uxbridge on November 9, 1778, at the age of 66, during the American Revolution.

Taft’s role in the history of women’s suffrage was recognized by the Massachusetts legislature in 2004, when it named Massachusetts Route 146A, from Uxbridge to the Rhode Island border, in her honor.