Home › Events › THE MOST TRUSTED MAN IN AMERICA

THE MOST TRUSTED MAN IN AMERICA

“And that’s the way it is” by Rich Paschall

With so many questionable sources of news in the world, who do you trust to give you reliable and up to date information?  At one time there was a radio, television, newspapers, and your grandma’s gossip across the back fence. You may also have had a few barroom buddies who seemed to be pretty up to date on the happenings in the nation and even the world. Now that there are so many more options, how do you know who to trust and what to believe? Network news? Cable news? Twitter posts? 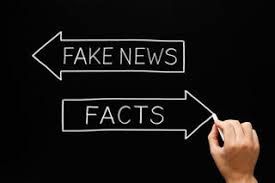 Perhaps you still rely on Aunt Mildred. She always seems to be well-read and has a tidbit of news on everything. When she shows up at family gatherings she can easily dazzle those who would sit down to listen. She always shows up early to the parties and is willing to stay until the very end, as long as there are snacks and highballs around. Her whiskey-fueled news items show the great recall she has from the supermarket publications she picks up regularly. Sometimes she also gets the Sunday papers, but that is more for the store coupons than the news.

Then there is cousin Billy, also a regular at the family gatherings. He tries not to get into arguments with Aunt Mildred because her vocabulary is better than his. However, you just know he is right about his views of America. His sources may seem a bit murky, but if you can not trust someone you practically grew up with, who can you trust?

Your nephew Chad is probably much more up to date than the others because he is on social media all the time, reading up on politics, rock bands, and underwear ads. He often shows you those clever memes that contain some of the best quotes for your education on the latest issues.  If you mention a topic, Chad can find a meme, video, or highly respected blog that will educate you on what you need to know. At least the blogs are highly respected by Chad, and you respect Chad, don’t you? (Chad respects this blog.) 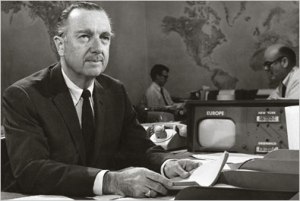 When I was younger (much younger) and staying with my grandparents, dinner had to be finished by 5:30 PM so that my grandfather could get to his favorite chair. We lived in the Central Time Zone and the CBS Evening News came on early. It was OK because it fit right into their retirement schedule. My grandparents had been farmers and were used to early breakfast and lunch, so 5 PM dinner did not seem too early. Their main source of news was a Monday through Friday evening broadcast.

It was not just that it was a news program. There were others at that time. He could have watched the venerable team of Chet Huntley and David Brinkley. He could have tuned to Howard K Smith and Harry Reasoner. But my grandfather only followed the man who came to be known as the most trusted man in America. Many years of news broadcasting had led one man to the top of his field.

Walter Cronkite Jr. was a broadcast journalist who started his career in 1937 covering major news events around the globe. Later he covered NASA and brought us all the early successes and some failures of the space program. You could rely on Walter to describe the event and educate you on space all at the same time. It was the facts that he brought to broadcast, not the spin. 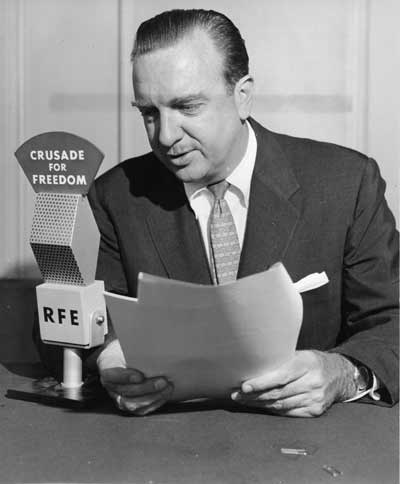 In 1962 he became the anchorman of the CBS Evening News and the main face of the news division. If there was an important story, Walter told us about it. With a confident and authoritative tone and a grandfatherly face, people came to trust him with the news. In fact, as his tenure on the evening news went on, polls began to show that it was not a politician or entertainer that people trusted most, it was Walter.

In 1963 I recall watching Walter as he told us all about the assassination of President Kennedy and the events that followed. No, I did not see the earliest broadcasts live, I was in grade school.  But I did see all that followed. I have seen the early footage many times since in documentaries, as Walter had to tell a nation that the President was dead. To this day that broadcast will evoke tears. 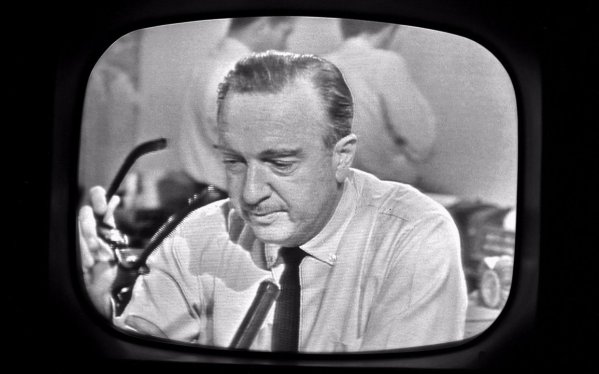 Walter advised us of what was going on in Viet Nam. Did it help turn a nation against the war? Walter told us about Watergate extensively. Did it help lead to the downfall of a President? If he influenced public opinion, it was not because he twisted the facts or spun their meaning, it was because he reported them.

After 19 years, Walter Cronkite retired from the CBS Evening News. CBS had a mandatory retirement age of 65 then. Today they would probably let him go on as long as ratings were good. He lived to be 92 and remained active for many years after “retirement.”

Are there any broadcasters today that enjoy the trust of American people like Walter Leland Cronkite Jr.? Yes, I know the answer to that. Everyone seems to be interpreting rather than just reporting. They all appear to have a point of view and we may trust them about as much as we trust Aunt Mildred. Of course, there are a few that trust Aunt Mildred a lot, “and that’s the way it is.”

Like Loading...
‹ MONEY AND FOOLS AND A PARTING OF THE WAYS
BIRDS, WOODS, TREES — SUNNY DAY IN SEPTEMBER WITH JUST A NIP OF AUTUMN IN THE AIR ›