I think we need to start with a definition because Karma means different things to different people and faiths, including people of no particular faith. The dictionary says:

In Hinduism and Buddhism, the sum of a person’s actions in this and previous states of existence, viewed as deciding their fate in future existences. That is an extremely simplistic answer to a very complex subject. Informally, it refers to destiny or fate, as an effect from a cause. What most of us mean is “what goes around, comes around,” or some version of “the chickens come home to roost when you least expect them.”

There are a million “expressions” that, on some level, refer to karma or karmic patterns. From the simplest “he got what he deserved,” to an intricate pattern in a horoscope or other psychic reading. I think we all believe in karma — on some level — or at least wish it were true. Because there are so many people who deserve a good kick in the ass for the terrible lives they have lived.

“The evil that men do lives after them;
The good is oft interred with their bones.”

I basically believe that we all reap what we sow. Whether or not we reap it in this life or in some other life yet to be lived is another matter. I’m not at all sure how I feel about the life-after-life concept. I like it in principle, but is it true? Real? Does it have anything to do with me or mine? 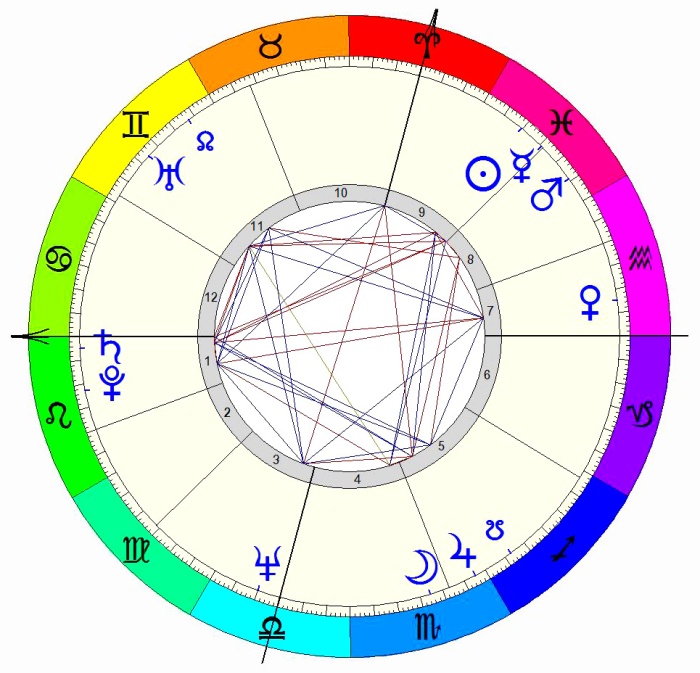 Is my Karma written in my chart? I don’t know. I never knew. The “psychic arts” have always been to much art and too little science for my fact-driven mind. Yet I also know that many things that happen to us in the course of our lives have no rational — scientific or mathematical or even logical — explanation. I have witnessed the inexplicable not once, but several times. I can’t cast off these events because I was there. They happened to me and they changed my life. So whenever I get too bound up in truth as fact, reality as science, I remember that I am not alive today because of science but rather because something completely without logic or science intervened.

What does that mean? I simply don’t know. I didn’t know at the time and I still don’t know. Something happened. It wasn’t a dream, it wasn’t drugs, it wasn’t hypnosis or delusion. It just happened. And why me? What have I done to deserve an extra shot (or three) at life when everything screamed “dead by morning”? The doctors didn’t know either. All they could say was “something happened” and send me home as quickly as they could lest something else — not so good — happen.

It does not seem to me that the best people get the best breaks or the worst people suffer the worst fates. The randomness of Karma — in all its manifestations — is what leaves me baffled by it. Evil people thrive and good people die young. What about the babies? The little ones who die in wars and accidents and plagues? Is that from a former life or are they being called to be part of a different life? I don’t have answers. I’m sure I never will.

We all want to believe in some kind of cosmic justice, in a fate linked to the quality of our life. But even when I’ve been give that “extra chance,” I never knew why I should be chosen. I was no better than anyone else and worse than many. I think on this one, we just get to wonder what it means … and what it means to us and ours.