WE HOLD THESE TRUTHS

Fifty years ago a song by The 5th Dimension, “The Declaration”, made it onto the charts. It was a medley with “A Change Is Gonna Come” (Sam Cooke cover) and “People Gotta Be Free” (Eddie Brigati, Felix Cavaliere). It was part of an album entitled “Portrait” released in April 1970. I still have that album.

The song was particularly appropriate in 1970 in light of social unrest, and maybe more appropriate today. It shows that sometimes prose is greater poetry. 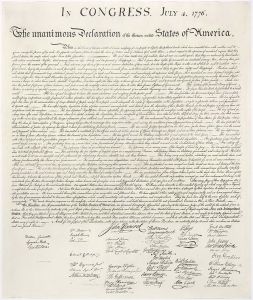 Prudence, indeed
Will dictate that governments
Long established should
Not be changed for light
And transient causes
And accordingly
All experience hath shown