I never thought that parenting practices could have a direct effect on the health and functionality of our democracy, yet that was the thesis of an article in the Sunday New York Times (Sept. 1, 2018). The article, by Jonathan Haidt and Greg Lukianoff, is called “How to Play Our Way To A Better Democracy” – subtitled ‘If we want saner politics, we need to start building better foundations from the playground up’.

The article postulates that democracy requires work and the kind of people who can work well together. “Democracy is hard. It demands teamwork, compromise, respect for rules and a willingness to engage with other opinionated, vociferous individuals. It also demands practice. The best place to get that practice may be out on the playground.”

In 1831, Alexis De Tocqueville was impressed with Americans’ talent for democracy. He felt that the secret to our success was “… our ability to solve problems collectively and cooperatively.” He praised our mastery of the “art of association”, which was crucial, he believed, for a self-governing people.

In recent years, we seem to have lost that ability to work together across party lines. We have lost the ability to cooperate with anyone who doesn’t share our core views and opinions. There is apparently a biological, evolutionary aspect to our need to play as children. Playing helps develop our ability — as adults — to cooperate and compromise. “… Mammals enter the world with unfinished nervous systems and they require play – lots of it – to finish the job. The young human brain ‘expects’ the child to engage in thousands of hours of play, including thousands of falls, scrapes, conflicts, insults, alliances, betrayals, status competitions and even (within limits) acts of exclusion, in order to develop its full capacities.”

The type of play required for this beneficial brain development is referred to as ‘free play’. It’s defined as unsupervised activities, chosen by the kids and done for its own sake, not to achieve some goal. For example, guitar lessons and soccer practice do not count as free play. On the other hand, a pickup soccer game with no adults present would be considered free play. Without the adults, the kids have to practice their social skills and take risks.

Starting in the 1980’s and 1990’s, children in America became increasingly more supervised during their downtime. Children became more scheduled, with an increasing amount of organized after-school classes and activities. Children’s play moved indoors and involved computers, but often no other children. Even schools have reinforced this trend. They have reduced recess and free play time and are giving more homework to be done after school, from an early age. 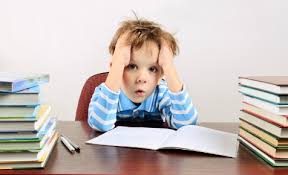 Kids have two main areas of difficulty if they are deprived of free play and adequate interactions with their peers. First, they are less resilient. This can be seen in the increased incidences of anxiety and depression in college kids. Second, they are less able to negotiate and deal with conflict management. Instead, kids learn to go to an adult to settle disputes instead of working things out on their own. Liberal democracies rely on conversation and negotiation to resolve conflicts. But overprotected, play-deprived people tend to appeal to higher authorities to apply coercion to their opponent. Coercion is the enemy of self-governing democracies. The increase in litigation, inside and outside of the government, is a symptom of this. 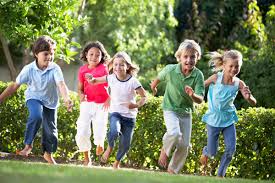 If this thesis is correct, our high hopes for the younger generations may be misplaced. These young adults may actually be less capable of maintaining democracy than the baby boom generation has. And right now, we’re not doing too well on that front. Let’s hope the pendulum swings back to allowing kids more free play time. Even if it’s not going to directly help our society as a whole, it will be healthier for future generations of kids.