Do all of us have a dark side? Certainly many of us have darker impulses, but a whole side? As in 50% of me is slithering towards evil? That sounds a bit Hitchcockian to me. I don’t think I have a “dark side.” I have a temper which is (finally) in permanent lockdown, but in my past triggered some not-so-great moments. The question is:

My father, who was exceptionally bad-tempered, violent, and probably suffering from a variety of personality disorders, eventually stopped beating his kids. It wasn’t personal growth. More like we got too big (my brother) or moved out (me and my brother). He never learned to deal with what was probably bi-polarity, among plenty of other issues. I remember him once telling me (I was grown up by then) he was in trouble with whichever wife it was (after my mother died, he remarried and when she died too, he married again) because he’d been living in “the basement of his personality.” As one of his offspring, I knew what that meant. When he got ugly, he was really ugly. HE had a dark side. I’m not sure he had a light side.

There was a period in our lives when he was intermittently suicidal. My brother and I got to haul his ass to the ER to have them pump out his stomach from whatever he’d taken. He was offered therapy, but felt he was too smart for a therapist. His goal was to prove he was smarter than any therapist. When it became clear he would not accept help, they shrugged and let him go. He was unwilling to change. He had an excuse for every bad behavior.

One of the most disturbing things about Trump was how much he reminded me of dad. The narcissism combined with rage and fury — it was like going home. Not in a good way. 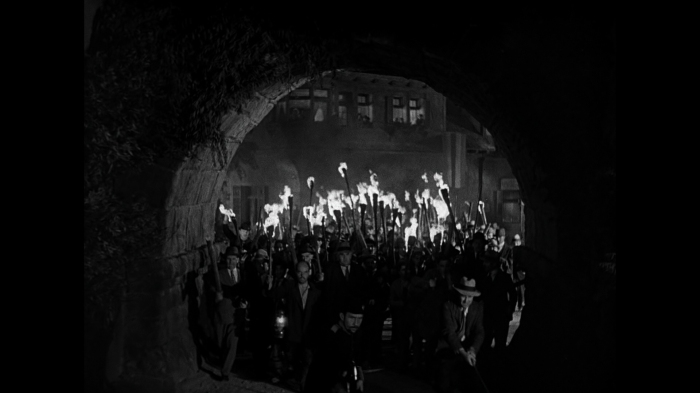 I’m not sure if I have an evil side. I used to have an evil temper. Until I finally got it under control, I did stuff I regret. But I don’t have a long list of things I regret, either. Most of the stuff I’m sorry I did happened when I was young and hadn’t figured out who I was. I learned from the mistakes. Sometimes, from making the same mistake several times. I also got myself into situations which were stupid and occasionally dangerous, but don’t we all do that? Aren’t young people supposed to do weird stuff as a way to discover who they are?

I spent a lot of effort trying to be nothing like my father. I knew the tendency towards violence to one’s children runs in families, so I was super careful about it. By the way (digression, sorry), have you noticed that what is considered good parenting in one generation is dismissed by the next gen as completely wrong? Yet somehow, we endure.

The original Angry Bird was a woodpecker

Getting back to the original question, I’m not clear what a bad side really is. These days, my worst side is impatience. The older I get, the less tolerant I seem to be. I get snappish faster. Things like trying to explain the computer to Garry — after three decades — has gotten old. Why am I boring both of us by explaining (again) that “the computer” is a machine and the stuff you do on it uses programs or applications? I have yet to to find a way to clarify the difference between “The Computer” versus an “Application.” Never mind. Hand me your computer. I’ll fix it.

I think most of our behavior which isn’t criminal isn’t a “bad side.” It’s just our unhappy, cranky, and grumpy side. The bored “I want to GO somewhere and DO something” grouchiness following 9-months of quarantine with who-knows-how-many more months to come. I’ve tried hard to not become a grouch, but it hasn’t been easy. I was noticeably easier to get along with before the March 2020 lockdown. By now, I’m worn out. The election is over and we have two vaccines which may eventually become available to us.

I suppose the good news is that we can hope if we don’t die first, life will get better by next summer. Right now, next summer feels like it’s a million years in the future.

Like Loading...
‹ A TRIP TO THE PAIN CLINIC AND HOPES FOR THE FUTURE
ARE CHRISTMAS CAROLS RELIGIOUS OR SIMPLY A DIFFERENT FORM OF MUSIC? ›