A NO H8 story by Rich Paschall – Sunday Night Blog

The doorbell startled Howard.  He was not expecting anyone on a snowy Saturday afternoon in January.  He moved quickly to the front door and opened it to find his teenage grandson.

“Hello grandpa,” the boy blurted, “I came to shovel your snow.” At that Billy grabbed a shovel from just inside the front door and went immediately to work. Howard closed the door and watched him through the glass in the door. Billy attacked the snow like he was angry at every single flake that fell from the sky. The look on his face and the force at which he threw each shovelful of snow concerned Howard. 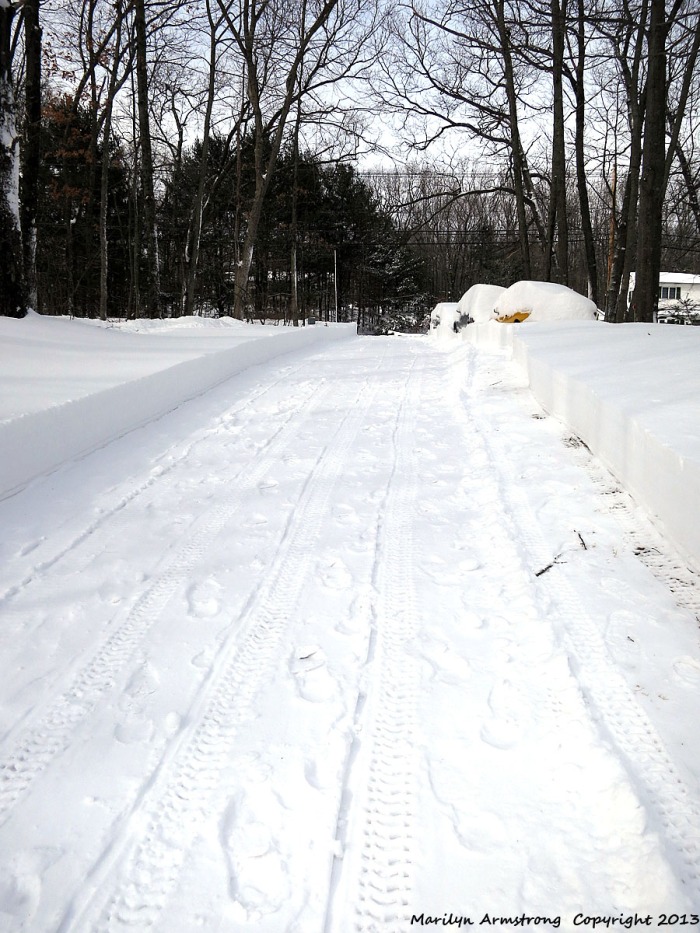 He went directly to the phone and called Billy’s parents.

“Hello,” came the voice of Howard’s daughter-in-law. Madeleine was sweet, nice looking, and ultimately clueless. Her small social circle was her main concern in life.

“Your son is here shoveling the snow,” Howard reported.

“What’s up with that?” grandpa wanted to know.

“What do you mean?” Billy’s mother inquired.

“I mean he has never done that before. Why did he come today?”

“Perhaps he just loves his grandpa.”

“Perhaps,” Howard said with a great degree of skepticism. “Is William at home?”

“No, dad, he’s not. They both left in such a hurry I thought they might have gone out together. I will tell him you called.”

“Please do,” Howard said. “Goodbye,” and at that, he hung up the phone.

Howard strolled to the front door and looked out to see Billy frozen in place on the front porch. It was not the cold that bolted him down. Grandpa opened the door and called out. “Are you coming in?”

Billy looked around and said, “I guess so,” and shuffled through the front door. He kicked off his shoes and went to the front room sofa and sat down.

“Do you want some hot chocolate or hot tea or a Coke or something?” Howard asked.

“Coke is OK,” the boy said and grandpa went to retrieve the soft drink. As Howard was handing off the drink, Billy said, “Can I stay here tonight, grandpa?  Please?” Billy looked like he was about to cry and Howard was completely caught off guard.

“Yes, of course, you can stay in the back bedroom, but how come?” grandpa wanted to know.

“Just because,” Billy shouted and ran from the room crying and went to the back bedroom and slammed the door.

Howard had plenty of adventures raising his own boy, but no teenage drama like this. He did not know whether to follow the boy into his room or let him alone for a while. The long indecision sealed it. He left the boy alone.

When the afternoon turned into evening and he had no return phone call from Billy’s parents or return appearance of the boy, Howard called the parents again.

“Hello, is William there yet?”

“Give me his cell phone number,” Howard commanded and Madeleine read it off from a sheet of paper.

“Thanks,” Howard said and hung up the phone. He immediately dialed his son.

“Hello,” William said. There was a lot of background noise as if William was at a party or bar.

“This is your father, where are you?” Howard demanded to know.

“I am at the Famous Sports Bar. Where are you?” William replied in a strange voice.

“I am at home and your son is here too. He wants to spend the night.”

“What is going on?” Howard demanded.

“He didn’t tell you? He has made some bad choices, dad, and it is totally unacceptable. He can come home when he straightens out.”

“What kind of choices? What do you mean? Explain yourself.”

“It is just too embarrassing, dad. I’ve got to go.” At that William hung up the phone. He sounded upset and about to cry. The situation was just too strange so Howard marched into the back bedroom. Billy was lying face down on the bed. Grandpa sat on the edge of the bed and studied the boy a moment.

“What’s wrong?” he said in his most compassionate voice.

Billy sat up and looked at the old man. Grandpa looked tired and a bit exasperated and Billy tried to speak. Tears rolled down the boy’s face and he choked on his words. He buried his face in his grandfather’s chest and cried. After several minutes the boy looked at his grandfather’s tired face and declared,

“I am sure they don’t hate you, Billy,” Grandpa said as nicely as he could.

“I just spoke to your mother and she sounded very nice,” grandpa said reassuringly.

“Dad hates me and when mom finds out, she will hate me too! Don’t you understand?” Billy shouted and got up and crossed the tiny back bedroom. Without turning around, the high school junior said, “If you don’t let me stay here, I don’t know where I will go.”

In 62 years of his life, Howard had faced a lot of problems. His wife died of cancer, his job changed and evolved into different things over the years, his son wanted to attend an expensive college. He dealt with various moods and arguments from family members, but he was not quite ready for this challenge.

“Ok, Billy, what did you do that makes you think he hates you?”

Billy turned and looked sharply at grandpa, “Didn’t he tell you?” Without waiting for a reply he went on, “He said to leave and never come back unless I changed,” Billy cried.

“Change me,” Billy shouted.  “What is the matter with you? Don’t you get it? I can’t change and they will hate me forever.” At that, the boy was hysterical, shouting and crying. Grandpa grabbed him and held him as tight as he could until Billy calmed down.

When the whimpering stopped, grandpa said, “OK, we will start over tomorrow,” and left the room.

In the morning at the breakfast table, Howard sipped coffee while Billy poked at some cereal. Finally, Billy broke the silence by saying, “I told dad I am gay and he said to leave and not come back unless I changed.” He reported all of this while looking at the floor. He never looked at his grandfather.

“I see,” grandpa said, even though he didn’t. Late that morning he drove over to his son’s house to discuss the situation. William said he was completely embarrassed and could not have a gay son. Madeleine chimed in that she was mortified and did not know how she would face her friends. After some pointless discussion, Howard left with some of Billy’s clothes and his school books. He made a few more runs at making peace between Billy and his parents but to no avail. Over the next few months, Howard was handed all of Billy’s clothes, books, and personal effects and William declared they were through with the boy.

After such a long period of time on his own, Howard once again found himself raising a teenage boy. He never once questioned why his grandson turned out to be gay. He did wonder, however, how he ever raised a son who could reject his own son. Howard hoped that whatever he did wrong the first time, would not be repeated this time around and that Billy would not grow up with hate in his heart.