Home › Anecdote › A TRIP TO THE BIG GAME

A TRIP TO THE BIG GAME

My friend is a season ticket holder with the Chicago Bears. He has a contact inside the organization. In midseason he thought the Bears might actually make the playoffs, so he started working on his contact to get tickets to the Super Bowl. Each team was allotted a certain amount of tickets, and my friend hoped to get a pair. The season had been like no other up to that point and it would certainly be tough to score tickets under the circumstances. With heightened security procedures and a great deal of concern about the people who would attend the game, the league, and hence the teams, proceeded with caution. It really seemed like a longshot, but my friend was hopeful of getting to the big game at least once in his lifetime.

The nation had been in shock. Stadiums adopted new procedures. Many feared attending games with large crowds. Would it be safe to gather again as we had done before? There were many questions to be answered as the season progressed. The year was 2001. 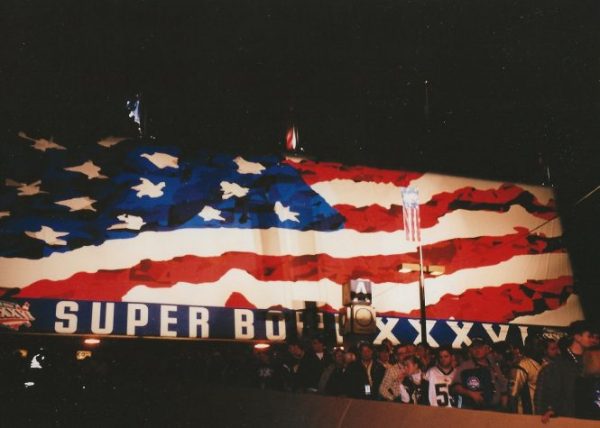 After the tragedy of 9/11 the nation, and the sports world, changed. There was a lot of talk about the possibility of another big attack, and a stadium of 60 or 70 thousand people would seem a good target for terrorists. Stadiums rushed to install metal detectors and bring in more security. People who had seen the movie Black Sunday might understandably be nervous.

We paid face value for tickets in the upper level of the Super Dome. We may have been a long way from the action, but we were going to the big game! We had to get to New Orleans and only had a couple of weeks to plan it.

My friend wanted to leave early but I had a new job and could not take off work. He got a room and flew down. I planned a Friday night departure but could get no flight to New Orleans on Friday night or Saturday. I flew Delta to Jackson, Mississippi. It was a long way from New Orleans, but it was the best I could do. I drove to the best motel I could get, and that was 40 miles out of town and somewhere north of the swamps.

On game day we elected to go to New Orleans early. We thought that getting a parking spot near the stadium would be tough. Actually, there was no parking near the stadium as they had a wide perimeter guarded but police and the national guard. Homeland Security had designated the game as a National Special Security Event and put extreme measures in place. Access points to the stadium were limited.

We were so early to the game that they had not even started letting people inside the fence surrounding the Super Dome. It was pre-Katrina and there was a shopping mall to the east of the stadium. We wandered in and did some window shopping. There was a Super Bowl souvenir store set up, and like good tourists, we went in to buy something. After that, we decided to find the food court because there were a lot of hours before the game. 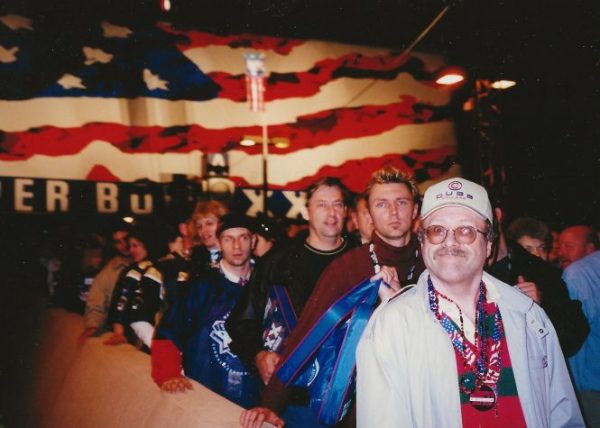 An unknown Cubs fan in the line

I can not say that the young soldiers walking through the mall in pairs with machine guns slung over their shoulders made us feel any better. They looked like kids to me. Would they really be able to thwart an attack?

Much to our extreme luck, a doorway from the mall went out to an entrance set up to the Super Dome.  We got a prime spot in line and we were able to get inside the fence many hours before game time. If it had been up to me, I would not have gone so early, but I followed the lead of my friend since he had secured the tickets.

When we were inside and found our seats, we looked through the “swag” (stuff we all get) provided to us. In addition to the souvenir seat cushion, we got a little radio that could pick up either of the home team radio calls or the television play by play broadcast on special bands inside the stadium. The radio was never much good for anything after that. Years later someone offered me a little money for it, and I sold it.

A couple rows in front of us were a young couple who were very excited to be there. They had spent a couple of thousand dollars each to get tickets to see their beloved St. Louis Rams defeat the New England Patriots. Although it was a lot of money for them, they would forever be able to say they saw the Rams win! The Rams had the best record in the NFL at 14-2 and were designated “The Greatest Show On Turf” for their high powered offense.

The Patriots (11-5) were 14 point underdogs. Their quarterback had been injured during the season and was replaced by a second-year player who had thrown three (yes, 3!) passes the previous season. The sixth-round pick had played well and the Patriots, with a strong defense, felt they could win. To everyone’s surprise, the Patriots built an early lead and went into the fourth quarter up 17 to 3. Then Kurt Warner led the Rams back with two touchdowns. The game was tied. The Patriots had the ball with 1:30 left on the clock and no time outs. We thought we were looking at an overtime game. 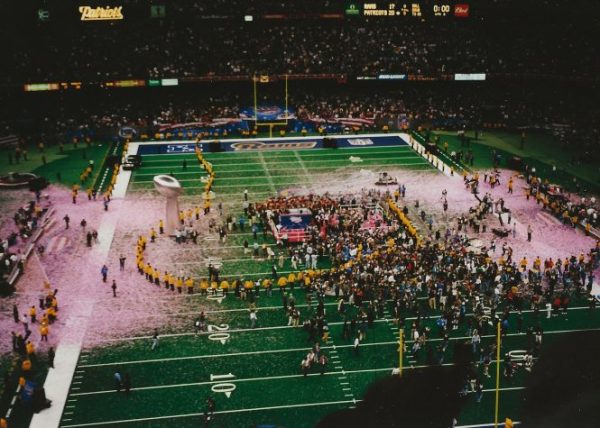 The Patriot quarterback led his team down the field and put them in range for a long field goal try. We were seated in the end zone where the ball would be kicked. Everyone was on his feet as Adam Vinatieri came onto the field. It was going to be a 48-yard effort with the ball coming in our direction. As time expired the pigskin sailed through the uprights and the unlikely Patriots secured the Vince Lombardi Trophy. Patriot quarterback, Tom Brady, was named MVP in his first outing in the big game.

It was just the beginning and the end hasn’t come yet.