Home › American history › IF THAT’S NOT WHO WE ARE, WHO ARE WE?

IF THAT’S NOT WHO WE ARE, WHO ARE WE?

Every person who gets interviewed on television says the same thing using almost identical words. It’s our current American mantra, that those hooligans who rioted in our Capitol are not really who we are. Not really. Maybe a few of us. Surely not most of us, and definitely not me or you. 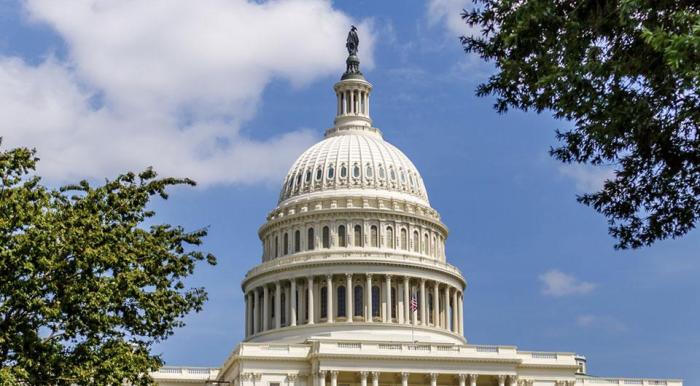 I think this is exactly who we are. We don’t like to advertise it because it’s embarrassing. We’ve stood in front of the world and told them we are the protectors of liberty — despite being the last people to deliver liberty to many citizens. Women (who aren’t a minority, but nonetheless are treated as such), yellow, brown, and black folks — and anyone who isn’t a “proper Christian” have been ostracized, given the worst work and the lowest pay. Slavery was officially ended, but Jim Crow took over without a murmur of protest and ended a mere 55 years ago. Our equality is quite recent and not nearly as equal as it’s supposed to be.

Black parents warn their children to be ultra-careful lest the police shoot them for being Black while, in last month’s attempted coup, that mob were “okay” because (can you guess the answer?), they are white. Simultaneously, Black protesters carrying a cell phones or paper coffee cup are killed — for nothing. Being Black is dangerous. 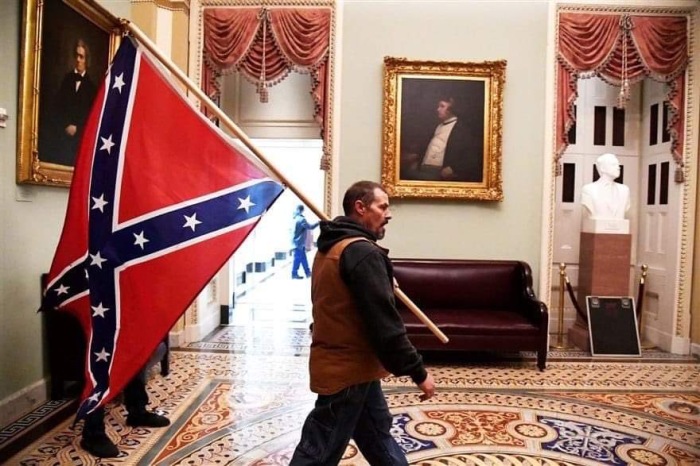 As someone who ISN’T Black, I can’t see any other reason why so many Black men get shot other than being Black. My husband is Black (or, as our granddaughter says, dark beige). He’s never been shot, but he has been roughed up. All the excuses I’ve heard about how they thought a can of Fresca or a cell phone was a weapon ring hollow. Increasingly hollow each time it happens.

Americans scream about liberty for one of two reasons.

Either someone foolishly suggested controlling guns,
or we’ve been asked to do something inconvenient
which doesn’t directly benefit us, even if it will benefit everyone else.

The previous photograph was something new — the Confederate flag inside the United States capitol. Even during the Civil War, this never occurred. Shame, shame, shame on anyone who cheered for this travesty. Meanwhile, I keep hearing about how “we come together in times of danger.” Really? Was that murderous mob our new idea of “coming together?”

Where was the “coming together” while half a million of us died from COVID? Who was protecting us? Say what you want, but this is a country comprised of self-centered, greedy people whose only interest is their own welfare and the size of their bank account. When and how did greed become the single issue for so many people? How come so many Americans claim to believe in Christianity yet act antithetically to what they (supposedly) believe? What happened to conscience? What happened to a basic understanding of right and wrong? Where did compassion go?

When did our failure begin? Is this the end result of a constitution that allowed — even encouraged — slavery? 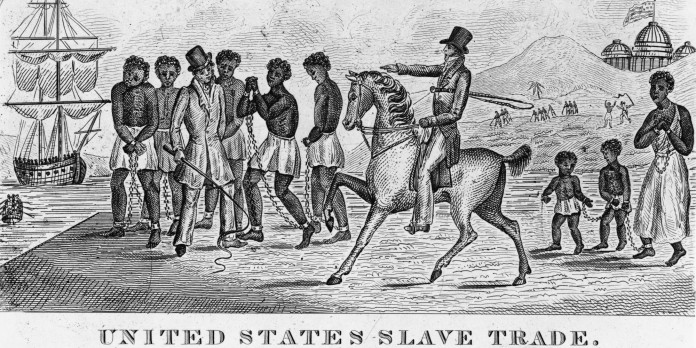 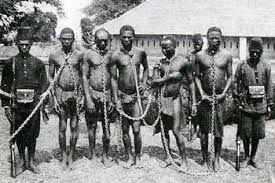 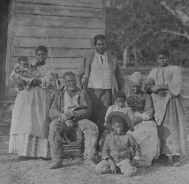 I thought everyone believed this. I felt that everyone had an intrinsic understanding of right and wrong and that understanding was embedded in our DNA. These days, I’m wondering. I see so many people for whom the concept of “fairness” is meaningless. They don’t care whether it’s fair or not. All they want to know is if it’s good for them and to hell with the rest of the world.

I’m ashamed of my country. Humiliated by how we’ve rejected the norms by which other nations function. We claim to be “the greatest nation on earth,” but where’s the greatness? Is greatness calculated by amounts of concrete poured? If there is a “greatest” country, we aren’t it. So much of our power and wealth is the result of not having been the scene of two world wars. We got to keep everything that other war-torn countries lost. When the wars ended, they had nothing. We had our factories, businesses, and homes. Sure, we lost people but we didn’t lose our land, our cities.Europe and Asia had to dig their way out of the rubble. Maybe if those wars were fought here, we’d have a different attitude. We would certainly have a different economy.

I need to be able to feel pride in my country. I need to respect my government. I don’t want to die with this as my final memory of home. Because for me, this place, this country doesn’t feel like home.