There were many stories about Harold, the persnickety planner from the Midwest who retired to an orderly life in Florida.  This pre-pandemic adventure was the first.

Everyone who knew Harold would agree; he was an orderly man. Everything about his well-ordered existence was, well, “orderly.” That would perhaps be the only word to describe it. He firmly believed in the adage, “A place for everything and everything in its place.” That did not just include things, but it also included time. Harold ran on a strict schedule and parceled out his time for maximum efficiency.  He was dependable, likable, and predictable. 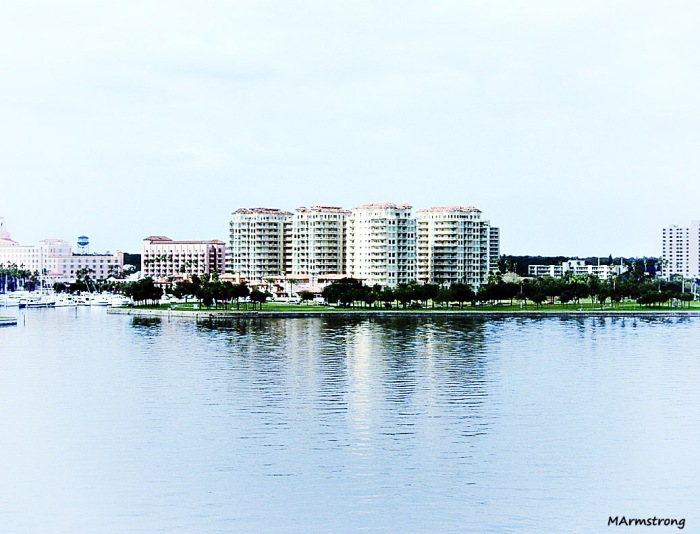 Harold had been the chief mechanical engineer at a plant that made small motors for big applications.

This work demanded designing a wide variety of parts for the many specialized applications. Harold was up to every task. He drew his special parts the old-fashioned way at his drafting table.

He kept copies of all his special drawings in a filing cabinet, organized by type of part. His methodical brain could recall all the special requests to modify the little motors to power everything imaginable. While you would have no idea all the appliances and machines and gadgets that required little motors, Harold could see them all in the depths of the storage places in his mind.

When Harold was approaching retirement, he knew instinctively that it was time to move on. More work was being done by computer, and while Harold mastered the technique, he could not set aside his love of the drafting table itself. A desk and computer were okay, but his computer-like mind held all the gigabytes he needed. As for manufacturing the parts, that was now being farmed out to other places. He could no longer watch his creations made real in the machine shop.

The next phase of life brought retirement on the gulf coast of Florida. This was not a retirement where you could just be lazy and do nothing. Harold had imposed an orderly routine on his life.

There probably would have been no other path to happiness. Harold’s road was clear and free from clutter. His home was so neat and clean you would swear he had a helper. There were few items out and on display as everything had a specific place to be put away and that is exactly what Harold did. As for things that Harold did not think had a practical use, he threw them away, gave them away, or recycled them. He owned nothing that he could not imagine using in the near future.

For his weekly schedule, Harold chose Mondays for a walk on the beach. A few moments admiring the Gulf was a retirement activity Harold felt worth scheduling. If the weather was inclement, he drove into Sarasota for a little stroll through a shopping area. He might look for items he previously recorded on a list. Monday was the appointed day for picking up requirements, there would be no unplanned or hasty trips to the store. Time was too valuable to spend wandering to and fro. The only wandering of the week would be down the beach on the appropriate Monday morning hour for such things.

Tuesdays and Thursdays were spent in town at the local library. Harold maintained a list of books he felt would be worth reading and set out to read as many as he could find. If he did not finish the book at the library, he would check it out to make sure he had it on his next visit. On a rare occasion, he might continue reading at home when his schedule for the day was completed. That only came when something he was reading really caught his fancy. There certainly were a few good books on mechanical engineering and anything he discovered on the topic was a delightful find.

Fridays were for sports. He read about the local high school and college sports in the morning. He watched reports on the cable news channel, Sarasota Now. In March, Harold carefully planned which Major League Baseball spring training games he should attend. His love of sports was not quite the same as his love of mechanical engineering, but it came close.

While Harold might declare Sunday to be his day of rest, it was anything but that.  He cleaned the small townhouse on Sundays and checked many of the drawers and boxes to make sure everything was put away properly. He reviewed the contents of the closets to determine if there was anything that no longer belonged. Cleaning and inspecting everything could take Harold most of the day, but he did not mind. It gave him a great deal of satisfaction.

Perhaps most special of all the scheduled activities was Harold’s trip to the Wild West Restaurant and Sports Bar every Wednesday and Saturday for lunch. When Harold arrived at 1 pm sharp, cane in hand and smile on his face, everyone greeted him warmly. “Hello Harold,” the manager on duty would shout with glee, calling attention to his arrival. At that, the waitresses would call out his name and people would turn around to see who entered.

“Hello Harold,” the bartender would say loudly so her “hello” was heard with all the others. The broad smile on Harold’s face got even wider at all the attention. It seemed the entire crew felt a bit sorry for Harold. He was always alone. He moved deliberately, carefully placing his cane down with his left hand every time his right foot took a step forward. While they considered Harold a simple, maybe even dim-witted but likable old-timer, and just wanted him to feel good, Harold was well aware that he got the added attention due to his apparent simple nature.

Once Harold found his table near the window, his usual waitress, Tiffany, came over to give him a hug. “Would you like the soup and sandwich special?” Tiffany began. “Yes, please, and I will have the chicken noodle soup.” There was no need to ask Harold what he wanted. It was a ham and cheese sandwich with chicken noodle soup on Wednesday and vegetable beef on Saturday. He enjoyed a bit of ESPN, some attention, and a good lunch. Then Tiffany brought the bill and wrote her name and put a big smiley face next to it.

Twice each week Harold bought attention and friendship for the price of the soup and sandwich special.