Home › Anecdote › THE DAY THE DRYER BLEW UP

THE DAY THE DRYER BLEW UP

Hair dryers. I’ve owned a blower hair dryer so long I can’t even remember when I bought my first one. I was probably 17, give or take a year. It was a Conair and it cost about $20 and the year was about 1964. Over the years, I bought more Conair dryers, usually when they got tired and stopped blowing enough air. Or stopped working entirely.

Recently, I bought another Conair dryer. Oddly enough, it still costs $20, at least on Amazon. It was light, small, and it folded up which, for some obscure reason, sounded like a good idea. It would make it easier to pack in an overnight bag should I ever go anywhere ever again. I actually bought it in last August 2020, but other than trying it out to make sure it worked, I didn’t use it. I put it away. All in all, I think I’ve used it maybe three or four times. It was effectively brand new. 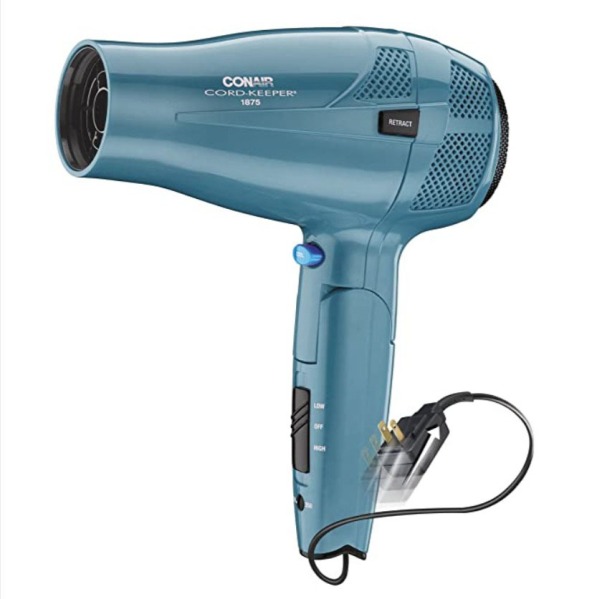 Recently, I have started to do a few things that used to be normal. I thought maybe doing “normal things” might help make the world feel normal. Might help me re-emerge into the world, such as it is or used to be. One of them was drying my hair. Blowing it out made it look better. Smoother. Gave it a bit more body. I haven’t gotten as far as wearing makeup. I may never get that far back into my “old reality,” but blowing my thinning white hair dry didn’t seem like such a big deal.

I blew it out last time I washed it — I think it was Tuesday of this week — so I figured I’d try it again.

Right before it was completely dry, I went into my bathroom, plugged in my almost new Conair dryer and it blew up. Bits of electronic from whatever made it work flew out of it and stuck to my sink. Those melted pieces all over the place. Also, there were no lights in the small bathroom the bedroom, the big bathroom, the kitchen and apparently a room in the  basement. Poof.

What do you do when your hair dryer blows up? Well, as a start, you pull the plug out of the wall, though by then there was no more power anyway. Then you go tell your husband that your hair dryer just blew up and he says “Thank God you didn’t have it in your hair.” I think he thinks it’s like one of those big bonnet dryers we used in the 1950s, even though I haven’t ever owned anything like that. He doesn’t pay attention. 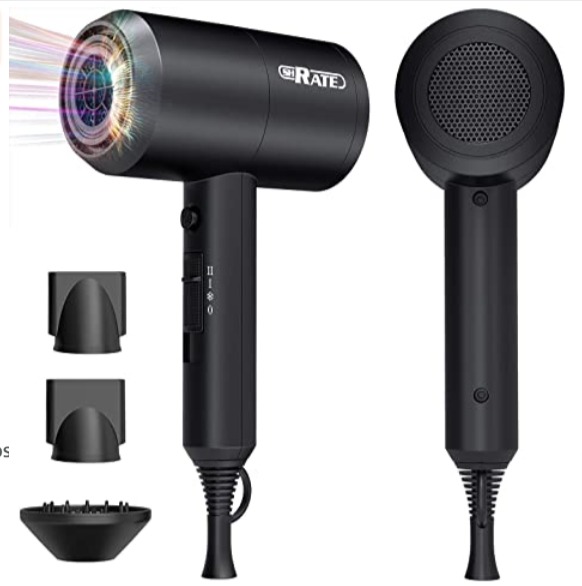 After I went down to the basement and flipped the two circuit breakers that had popped, I went looking to see if I had a really old blower. I did, but it was really old and didn’t do much blowing. I’m not sure it was better than nothing, but at least I knew that the electricity was still working. The circuit breakers had done exactly what they were supposed to do.

I didn’t want another Conair dryer. I’ve owned some version of one of these for most of my life, but having one blow up in my hand made me consider that maybe I’d like a better quality dryer. I mean, the Conair still costs what it did in the 1960s and they make even cheaper versions. Are they saving money by having them made cheaper? I though having one dryer blow up in my hand was enough. No need to do another round. I bought a more expensive dryer. It literally said it had a body that was guaranteed not to blow up improved  electrical cord and would get so hot it might melt in your hand.

I’m not sure there’s a point to this story. I guess really, it’s about trying to find my way back to normal and not really remembering what “normal” feels like. Truly, this past year has been an out-of-body experience and it’s not over yet. Maybe it will never be over.