My good friend over the sea was Sue Vincent. She died today of cancer that began (probably) in her lungs and spread out to include everything. She had been sick longer than she knew. In its own way, COVID was the beast that kept her from going to the hospital. She didn’t find out how sick she was when she should have.  By the time she had no choice, it was too late. Too late and too much damage had been done. She fought as long as she was able and had at least had more time than she had been told.

Today she passed into spirit and I am grieving. How much can you miss a woman you loved but never met? Yet we did meet. In words and thought and in our hearts. 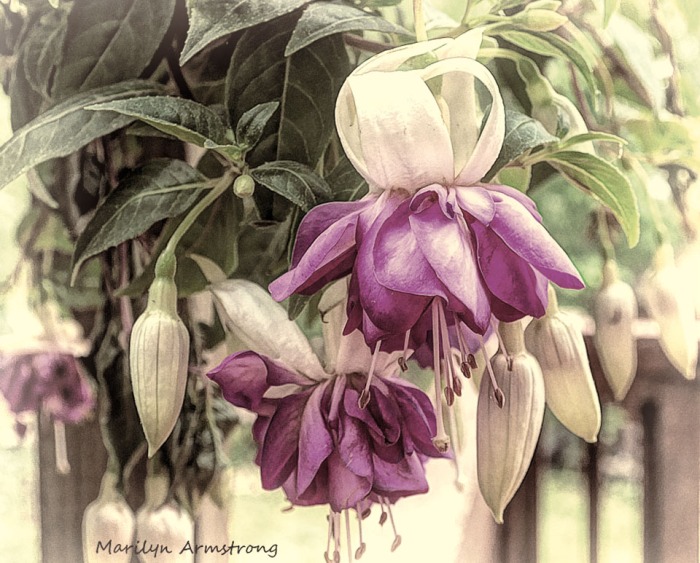 Meanwhile, I was getting my second vaccination. Irony, or maybe the echo of irony. I was taking one potential cause of death off my table. Which doesn’t mean I’m not going to die. At some age, so many friends and family are gone, are going, or have a sufficient number of ailments that it’s just a matter of time. That sounds grim. But nonetheless true.

There has been an unacceptable number of things over which to grieve during the past 13 months. For me, the bizarre thing is that not one person I know has caught COVID, yet the list of those who have passed is long and will never grow shorter. Somehow, I seem to be fine. I have no idea how this has happened, that I’m okay and so many others are gone or going.

Life and death are without understandable logic.

If no one minds, I’m going to skip the question today except for two:

How do you define consciousness (self awareness)?

Knowing is. If you don’t know, you aren’t here.

Is it possible to prove that other people besides yourself have consciousness?