Home › Entertainment › SOMETHING THAT HAS NOTHING TO DO WITH ME – II

SOMETHING THAT HAS NOTHING TO DO WITH ME – II

What comes to mind when I say “rock star” or “pop star?”  Do you think of your favorite singers?  Do you hear their music in your head?  Can you sing along with their songs?  Have you gone to their concerts?  I guess you have not gone lately. What if I was to say that I am not talking about stars of the past, just stars of today?  Now, who do you think of?

Don’t get me wrong, I think there are plenty of good new rock and pop performers out there trying to do their best without making fools of themselves, as some seem to do on social media. So what do you do when you get near the top?  Perhaps you put out YouTube “vlogs.”  Maybe you get Instagram, Twitter, and Facebook accounts. You can do lots of radio and television interviews. If you’re a young guy, you can even date Taylor Swift (or not). Or you can stun the public and do something totally different. 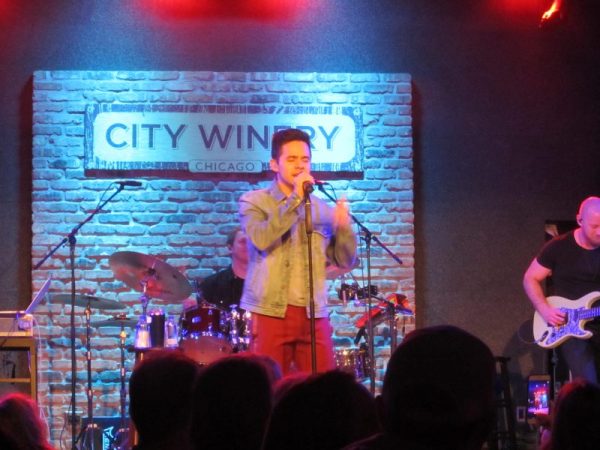 As a teenager, David Archuleta made a name for himself on Season Seven of American Idol.  His pleasant personality and angelic voice captured the imagination of the viewers and the final episode went down to the battle of the two Davids, with David Cook.  While the more versatile rocker David Cook seemed the odds on favorite in the final weeks, the cute teenager from Utah was quietly impressing everyone, including the not easily impressed Simon Cowell.

If you watched the above, you saw the entire panel praise Archuleta, with Cowell saying after this performance, “You’re the one to beat.” In the final night of singing, reviewers would tell you Archuleta was clearly the better performer. The public, however, went with the rocker who showed great musical skills and was the best on many of the shows.  Archuleta received 44 percent of the over 97 million votes cast (an Idol record). It was an emotional ending with Cook grabbing Archuleta and keeping him in the spotlight. It was an Idol finish at its best.

From there Archuleta went on to make records, go on tours, make public appearances. He appeared on a PBS Christmas special, made a separate Christmas album, and built a fan base like many other young stars. He filmed a mini-series in the Philippines and recorded traditional songs. Then one night he told a sold-out performance in Salt Lake City, “I would like to make a special announcement: that I have chosen to serve a full-time mission.” It was not going to be one where he would be doing photo ops and promotional work.  He was really going to do missionary work. So he left for Chile.

As you can imagine, it was a bit of a conflict for the popular young member of the Mormon Church. Of course, he was encouraged to stay. He was told he was doing a lot of good here. He had a very positive public image. His appearance with the Mormon Tabernacle Choir’s Christmas show was very successful. They had more ticket requests than ever before. He could travel the world giving performances. Indeed he made many international appearances. It was not enough.

“I needed to do something that has nothing to do with me,” he later explained. While his fans (Archie’s Army) and website released whatever they could, David was doing what he wanted to do. Occasionally, a video of David would pop up on his YouTube channel, not much more than David saying Merry Christmas or some other greeting. Meanwhile, he walked the dusty back roads of San Vincente, praying, studying, and helping strangers. It was not the life of a pop star.

David returned home after two years away. He felt blessed to have helped others. He visited, he preached and he sang, feeling more comfortable in song than in his Spanish language skills. He learned more about life than any pop star on tour will ever know. When you think of pop star qualities, you would not typically think of those his vocal coach used to describe David: “purity and wholesomeness.”

“When I went on my mission, it kind of gave me a step away from everything, and I was able to grow up a little bit, on my own, without everyone watching me,” Archuleta said a few years ago.

David is 30 now. He has moved to Nashville and concentrates on making music that is meaningful to him.  He may not have the huge pop star success he might have had but he retains his popularity in the music business. Now he is not looking for pop hits as much as songs that are more adult, more important, more David.

Last year I had planned to see David a second time at City Winery in Chicago. The Global Pandemic pushed the date to Spring 2021. With recovery coming slower than expected, the show has been pushed out again. This time to 2022. That does not mean David has not been making music. In 2020 he released a new album, recorded a new Christmas song to recap the crazy pandemic year, and performed shows on the streaming platform StageIt. 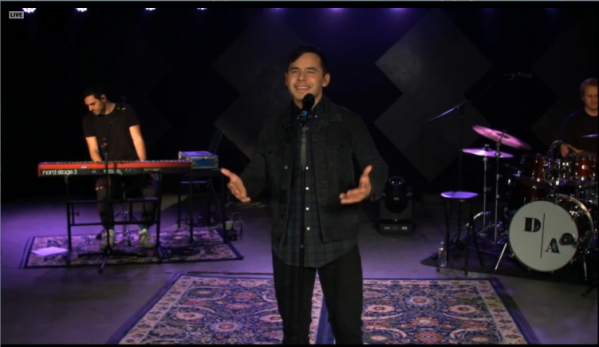 In the early days of lockdown, as everyone was learning to deal with the Global Pandemic, David put out a new song reminding people to “Just Breathe.” Proceeds went to Direct Relief, a medical relief organization working “to get protective gear and critical care medications to as many health workers as possible.”