Where’s My Stuff? By Rich Paschall

You may have been reading or hearing a lot about the supply chain problem. Politicians and business leaders are doing a lot of hand wringing and posturing these days about slow deliveries. While they make anguished faces and blame everyone from the post office to the ocean and air carriers, truckers, and warehouses, none of their appearances on Sunday morning talk shows will do anything to alleviate the problem.

Secretary of Transportation Pete Buttigieg has been traveling the country and telling anyone who will listen that we can not solve our ocean port problems with 20th Century ports and equipment. Ships wait at sea for days, sometimes longer, to get in and get unloaded.

“This is one more example of why we need to pass the infrastructure bill. There are $17 billion in the President’s infrastructure plan for ports alone and we need to deal with these long-term issues that have made us vulnerable to these kinds of bottlenecks when there are demand fluctuations, shocks, and disruptions like the ones that have been caused by the pandemic.” – Pete Buttigieg

Prior to mid-2020, ships coming from Asia would go right to a berth at one of our two largest west coast ports, Los Angeles or Long Beach.  Now they wait an average of 10 days to get in. Once they are unloaded it could take another week to get the container out of the ocean port. These are your household goods. In late October, there were 62 ships waiting to get in, and about 200,000 containers. Imagine a freight train of about 200,000 freight cars. That may give you an idea.

“We’re relying on infrastructure from the last century.” – Secretary Pete

While your goods sit on the water, others are waiting for things to arrive by air. In fact, the ocean bottlenecks around the world are fueling higher demand for shipments by air. If you think the ocean backlog is a problem, so is airfreight. The International Airline Transportation Association (IATA) reports the global demand for air freight in September of 2021 was 9.1 percent higher than in September 2019.

In pre-pandemic times this sort of news would have the airlines jumping for joy. While added business is certainly good, there is a bit of a problem directly caused by the pandemic. In September of this year, global cargo capacity was down 8.9 percent versus September 2019.  Remember all those planes parked in the desert. A lot of them are still there.

According to the Bureau of Labor Statistics, “about 45 percent to 50 percent of air freight is transported in the bellies of passenger planes.” Fewer passenger planes equal less capacity.  Early in the pandemic, as much as 75 percent of this belly capacity was removed.

While some rebound has taken place on domestic routes, international travel is greatly reduced as previously mentioned in “To Travel or Not To Travel.” If you are waiting for goods from Beijing, China, for example, you might be interested to know that we are waiting to find out when that lane will return for our airline. The demand is there, so where are the planes?

The world’s most populous country seems to have a manpower problem. Some days may see fewer workers for the airports and warehouses. Waiting for truckers to take freight from Shanghai to Beijing often takes much longer than in the past. What is going on? The official explanation is “epidemic controls.”

The manpower shortage is worldwide. We often send freight to Frankfurt to go on to other cities in the region by truck. With flights to many European cities reduced or eliminated, we are sending additional freight to Frankfurt. So what is the problem?  A shortage of truck drivers in the European Union means that freight can sit in Frankfurt for days rather than moving out immediately as expected.

Now turn that issue around. If we are waiting for goods from an area of limited transportation, your package may be waiting for someone to transport it across eastern Europe to an airport in western Europe. For some, the 2 to 3 days transit could now be 2 to 3 weeks 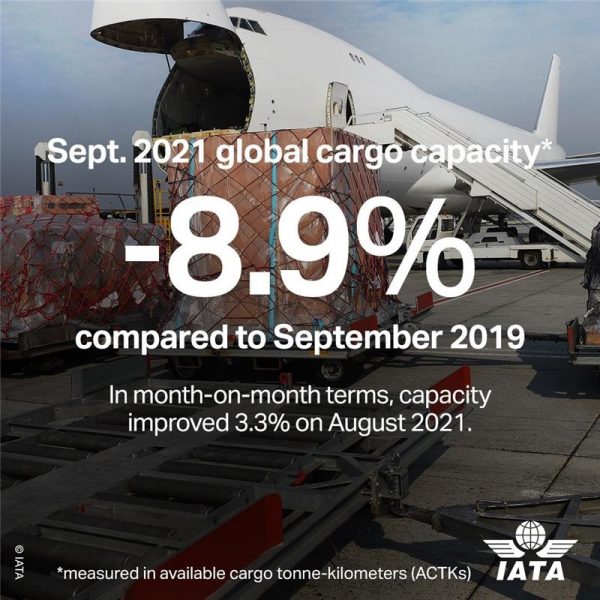 If the desert is filled with airplanes, why don’t the airlines put more planes in the air?  Without passenger revenue, it is not practical to add aircraft. Even filling all of the belly space will not generate enough revenue on some lanes. Yes, airlines are flying some passenger planes with cargo only. Some have even taken seats of some of a few aircraft in order to move more cargo. The reality is that three or four times the pre-pandemic rate is not enough to pay for some flights. Desperate freight forwarders and large corporations are chartering aircraft or offering to pay a significantly higher rate in order to keep a lane in business.

We are contacted by customers from time to time who are not happy with the schedule they have been given. “I need this on the next flight out, not three days from now,” they might say. My response: “That is the next flight out.” The days of reaching the entire world in a two-day to a three-day window are gone and not likely to return this year or next. 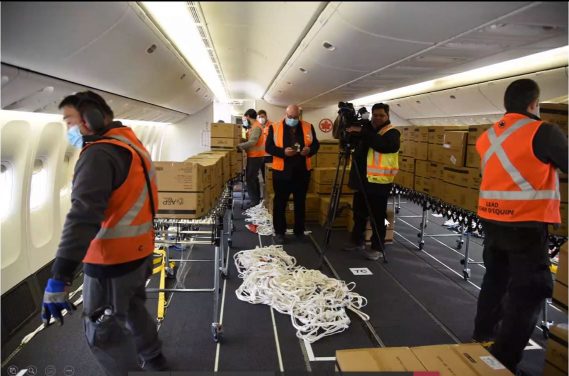 Recently we had some work done at the house. A pipe in the bathroom was broken. The person who did the work has been here often. The house is over a hundred years old, but I digress. He said he has a rehab project and had ordered a steel door. Waiting a week or two would not be unusual. They told him it would take three months.

Unfortunately, I could go on and on about the staffing shortages and shipping delays. The chain has come apart in many places and it will take a long time to fix all the links. In the meantime, if you are ordering something for Christmas and the origin is China, you may already be too late.