The Workforce Dilemma, by Rich Paschall

If you were following the national news at all last year, you may have noticed that Secretary Of Transportation Pete Buttigieg (aka Mayor Pete), was traveling the country promoting the infrastructure bill. He spent time schooling commentators at Fox on the value of the legislation. It should be no secret that America’s roads, bridges, railroads, and port projects, along with upgrades to broadband, water, and power systems are long overdue. The decaying of America was on the minds of a lot of people when the national supply chain started slowing to a crawl in 2021.

It was inevitable. Yet, despite the desperate need for repair and upgrade, the Republicans tried to kill or at least downsize the financial request in the “American Jobs Plan.”

Badly needed upgrades had been put off for decades. The U.S. fell behind other ports around the world in speed and technology. Nevertheless, those right-wingers managed to trim a trillion dollars from the legislation before President Biden signed the package into law. According to the White House, “Some 20%, or 173,000 miles, of the nation’s highways and major roads are in poor condition, as are 45,000 bridges,” CNN reported. Think about that the next time you drive over an older bridge.

In the next few years, Secretary Pete will have billions of dollars to hand out for much-needed projects. With far less money in hand than requested, to which projects will the Secretary and potential 2024 presidential candidate give the money? He has already gone to work on that.

The Secretary is now going around the country to see what projects will get grant money. In December, he gave out 241 million dollars to improve various ports around the nation. Secretary Pete’s Christmas list included adding storage in Houston, adding a berth in Brunswick, Georgia, providing restoration at Delcambre, Louisiana, and constructing a pier for barges on the Ohio River

Although the Secretary of Transportation is doing his best to fix and upgrade as much as possible, he can’t fix the huge loss of experienced personnel which is slowing the supply chain and will probably continue to slow it until these jobs pay enough for people to live on their salaries.

Pay people better. Improve their working conditions and benefits. It’s amazing what fixing those two items might do to get people interested in the shipping and transport industries

In November we set a record when more than 4.5 million American workers resigned from their jobs. This topped the previously set record, the 4.2 million workers who left their jobs during October.  “What’s going on here?” you ask. The answer is multi-faceted, as is the nation’s infrastructure.

Some folks left and retired. Others decided one parent had to stay home and care for the kids. Some refused a vaccine from their employer and quit their jobs — or were fired. I know one guy who refused to comply with vaccination and left a good job.

Some workers didn’t leave the workforce but changed jobs for one that paid better or had improved working conditions. With another rise in COVID-19, any job that doesn’t require workers to deal directly with the public has more appeal.

One of the outcomes of this endless pandemic is that working people are rethinking their employment situation. For many, this is probably the first time they’ve really thought about it.

Many of the jobs that people resigned from paid poorly. With plentiful jobs available, workers decided to get a real raise by changing jobs. We noticed the best way to get a raise in the transport business was to find a new employer willing to pay more for an experienced worker. We got tired of a piddling 1% to 2% annual raise from companies claiming to be poor while owners got richer by the day.

A lack of trained workers will always slow down the operation of warehouses and ports. Facing constant turnover, companies along the supply chain are using untrained or temporary help. Long-time employees find working with new or temporary people difficult and may themselves move on. Holding on to a good workforce is a challenge.

The shortage of drivers also plagued the transportation sector. At my airline, we’ve had to turn to a second company to transport goods from Chicago to airline hubs. We never needed to do that before. Even so, the two companies together can’t always meet our needs. When you add our own reduced workforce, cargo business is sometimes turned away even though we have available room on flights.

The other workforce dilemma involves the COVID pandemic. The airline had to cease operations for a couple days last month at a major US city because so many people were sick with Omicron or were home due to contact tracing. You may have read of a large number of flight cancellations by major airlines in the Christmas season due to a lack of staff. This isn’t over.

The lack of experienced shipping employees leaves people and freight stuck at its origins. 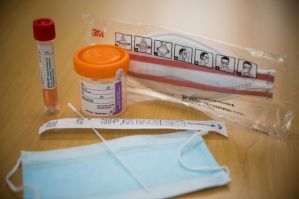 While those in the travel and hospitality industries are trying to get all their workers vaccinated, too many continue to refuse. Of course, there are those who were vaccinated getting milder “breakthrough” cases of omicron, forcing them to stay home.

Secretary Pete can arrange for roads, bridges, and ports to be repaired, but he can’t fix the pandemic workforce problem. The reluctance of such a large group to get vaccinated means everyone will continue to deal with issues up and down the supply chain. We — the American people — have to get our brains in gear and do what needs to be done.

While we still can.