When we got up this morning, there was a red squirrel settled in the seed box, I took some pictures. We had an errand to run down in Dartmouth and were worried about getting there. Why worry? 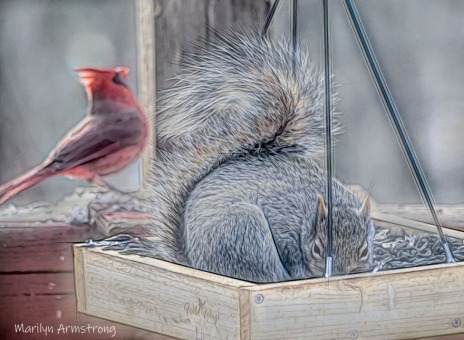 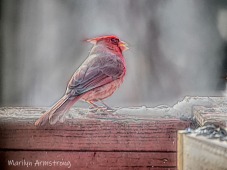 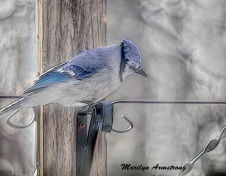 Blue Jay trying to decide on whether to hop into the flat feeder, with the squirrel 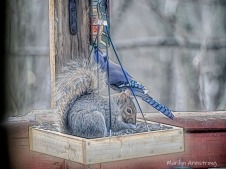 The roads in Massachusetts — even before today — have caused me to rethink the meaning of roads. In New York, you were pretty sure the road you were on was the road you were supposed to be on. From end to end, it was the same road. In this state which has designed its roads from old Native American trails and mail routes from the 1600s have no logic or reason to them. As a start, a “route” isn’t a “road.” A route is a bunch of roads linked together by a number (like, say Route 16) and is often part of dozens of roads. Many roads are more than one route who knows how many roads.

There’s one place near Quincy (pronounced ” Quinzy”) where three routes run together: Routes 95 South, 6 East, and 1 North. It’s the whole north-south combination that can be really confusing. Massachusetts has spent  billions of dollars trying to get their roads to make sense, but with each major construction, somehow it ends of up worse than before. For reasons that pass understanding, the GPS (ALL GPS’s) give you names of roads rather than their route numbers. Sometimes they give you a miscellaneous collection of numbers and names, as in “bear right onto 6 east then left onto 195 north, then left at the next exit for 1 North and follow the sign that says “MALL.” What?

We try to ignore the numbers and look for signs that tell us where we are supposedly heading. This isn’t too bad during the day, but it can be a killer at night. Sometimes we get there — but often, we don’t. After snowstorms, it gets even weirder trying to find where you are going.

(Note: In a year, this has actually gotten worse rather than better.) 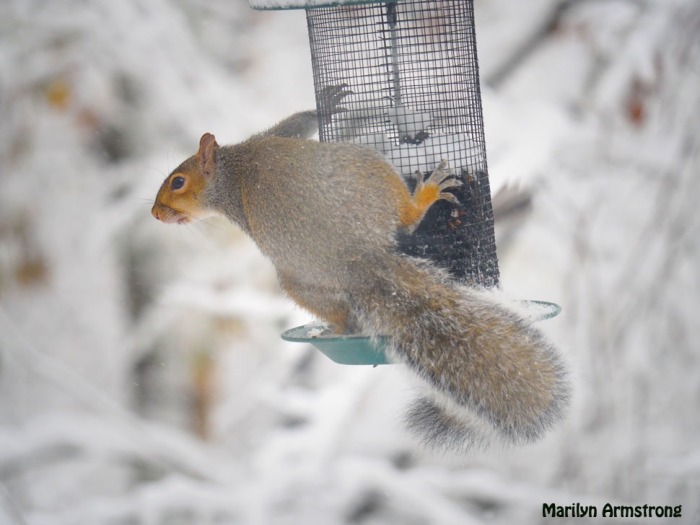 When we finally got home, that squirrel was still sitting in the feeder. I think he spent the entire day there.

Birds came and sat on the feeder with him. He didn’t care. As long as he could sit in the feeder and keep eating, he was a happy squirrel. And so went our day.