Home › evil › BEEN DOWN THIS ROAD BEFORE

BEEN DOWN THIS ROAD BEFORE

And A Bumpy Road It Was, by Rich Paschall

The memories live on. It’s not like they were yesterday, but they are still pretty clear. We lived through cold wars and real wars and you would have thought we had enough of it all.  Here they are again. How can the world be so unprepared for a tyrant once again invading a neighbor? The response has been strong, but is it enough?

Now the tyrant makes vague threats about retaliation and puts his nuclear arsenal on some sort of alert. Did you read Fail-Safe?  See the movie? I did. Worse yet, we lived through the cold war in fear that tomorrow may bring the end. 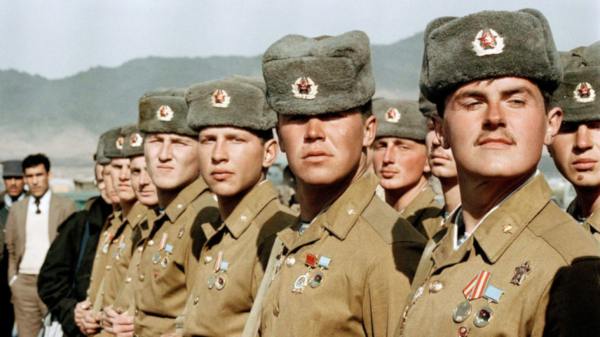 I recall Soviet Premier Khrushchev pounding his shoe on the table. He told the west “We will bury you.” He later said he did not mean that literally, but we took it that way. He brought on the division of Berlin. He was on the other end of the Cuban missile crisis when the Soviets wanted to erect missiles 90 miles from Miami.

We prepared for the cold war by having drills at our grade school where we would hide under our desks if there was going to be a nuclear attack. I am not sure that elementary school students under their desks would have survived a nuclear blast in Chicago, but we practiced anyway. We knew where the “fall-out shelters” were located in case we had to go underground to hide from radiation fallout after a nuclear blast. I guess that assumed we would still be alive.

People had stockpiles of canned goods in case there were no grocery stores left. Some people literally had basements full of goods “just in case.” Perhaps people actually thought they could live in their basements for years if they really had to do it.

A doomsday clock was established 75 years ago to let us know just how close we were to the end of the world based on a calculation of when we might destroy ourselves. We are now just 100 seconds to midnight. The Bulletin of Atomic Scientists made this determination before the invasion of Ukraine and subsequent political maneuverings.

Nuclear threats and far-off wars hung over our heads in the 60s and early 70s. Battles in other countries keep coming around and somehow we are always a player in the game. I guess that goes with being a global superpower and nuclear weapons holder. When we were in elementary school, it was pretty much a stand-off between the Soviet Union and the United States. Now nine countries have nuclear weapons and who knows who might be willing to use them on whom. It is stated that Russia has more nuclear warheads than the US, UK, and France combined. Who can say what a mad man will do when his back is against the wall?

Our generation, baby boomers, like many before us had hoped to leave a better world for our children and grandchildren. In that regard, we have failed. For all of our technological advances, we have taken many steps backward. We have not pushed the doomsday clock back. We have not kept tyrants in check. We have not ended the things that are poisoning our world. Even worse, we must face misinformation here by the Fake News channel and certain Republican politicians as well as Russian bots invading social media. How will the current crisis end? If it does not fit the orange one’s narrative, you can expect the FAUX News channel to tell a different story than everyone else.

A Different Kind of Fall-Out

At the airline, I work with someone from Ukraine. She has family there. At this writing they are safe but we know that can change. We get updates when she has them. I only work part-time now, so I will not hear every day. She is a co-worker and a friend. This is painful. I can not imagine what they are living through.

Before the pandemic, I had applied for a visa to visit a friend in St. Petersberg, Russia. While my application was being processed, the world began to shut down. I never got to go. We have been friends since he was a student and learning to improve his English. It has been ten or more years and we have talked often. He too is a friend. No, we have not talked lately.

My Ukrainian friend and Russian friend are good people. They want what we all want: a good job, food on the table, a nice place to live. I can not stop being friends with one or both because of the actions of their governments. I am sad for both. We should all be sad about the current state of the world, not just the state of the union.