I’VE HAD A FEW – RICH PASCHALL

“Youth is the most beautiful thing in this world—and what a pity that it has to be wasted on children!”

You are likely familiar with the above saying or some variation thereof, often attributed to George Bernard Shaw. It is a realization many of us come to in later life. We may like to do certain things, only to discover that they are outside our physical abilities to do so.  “Why didn’t we ______ (fill in the blank) while we still could?”

This may be the reason adults sometimes tell children to enjoy their youth. Go out and play. Do things while you are young. Enjoy life. Travel. Explore. Dance. Sing. Love. “Don’t wait until it is too late.”

If you have seen any of the articles in recent years on the regrets people have in later life or the regrets of those dying, you know that wasting youth was often chief among them. Some of that lost time may have resulted from people telling us to “Grow up,” “Man up,” “Act your age” or some such thing. Often we will learn later that it is bad advice for the very young. “Act your age” should mean just that but it is often given out as instruction to act like an adult, whatever that means.

As you get older, “Go out and play” can lose meaning, but why should it? Even if our outdoor games change, why should we not go out and play? What a shame it is to grow up and realize you did not go out enough. I played touch football in the park with a group of guys until I was 49. A foot injury took that away. I wish I could have done it longer, but I have no regrets for going out with guys and playing in the park. Perhaps I should have done it more often. 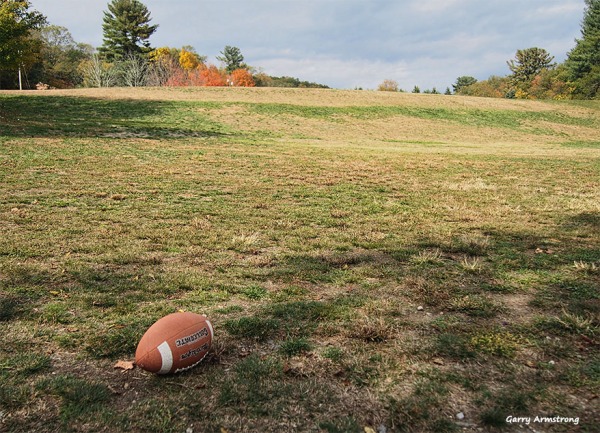 Another common regret is not keeping up with a musical instrument. I have a clarinet in the closet. I did play it in a band for a while. I not only wish I had played it more often, I wish I had taken the time to become more proficient at it. I also have a very good guitar in the Living Room. I can not recall when I played it last. I had the great desire to become good at it, but I did not take the time to play it often enough. Yes, it is hard to fit practice into a busy schedule, but just picking it up for a few moments a day would be betting than looking at it sit there in a “gig bag.”

We might be afraid to be spontaneous. It might seem a bit irresponsible at times, but why not fill some free time with the ideas that pop into your head. They don’t have to be radical or crazy, it can just be a spur of the moment sort of thing. Yes, people may decide to go bungee jumping or sky diving. Those are not my kind of ideas of spontaneity.

One late night a friend suggested to a few of us that we go get a piece of pie somewhere. So we piled into his car and took off. At the time he was the only one of us with a car. He thought that Milwaukee would be a good place to find pie and off we went. Milwaukee is 90 miles away and we had no idea where we were going exactly. Well after midnight we found a diner, had pie, and drove back. I know it sounds like a little thing now, but it is one of our favorite memories.

My good friend in France and I often made up our adventures as the day went along. “Let’s go drink a German beer…in Germany!” Fortunately, Freiburg was not too far away. There are a few wonderfully spontaneous moments in my memory bank. I wish now that there had been more.

“Life is a banquet, and most poor suckers are starving to death!” – Auntie Mame

No matter the age, you should cultivate a love for life. What a terrible thing it could be to grind yourself to the finish line, only to discover you did not enjoy life. We can take it too seriously, worry too much, frown on other things and other people. Is that a way to live? Enjoying the finer things is an art form, so perhaps we should start at the art museum. In fact, there are many great museums and cultural attractions here in our city. I wish I had gone to more of them.

If you have not seen the outstanding movie Auntie Mame starring Rosalind Russell, I suggest you enjoy the adventure of the woman with a thirst for all things life could offer. Even the much-maligned musical version with Lucille Ball will capture the spirit of everyone’s crazy Auntie Mame.

With all the things tossed our way in youth by caring and uncaring adults, we may find ourselves spending too much time worrying about the future until there is no more future left. Some regret not allowing themselves to be happy. The stresses of “making a living” may actually take the living out of life. Worrying about a job, family, friends, and what others think or may think can replace happiness. You do not have to wear your serious face every moment of the day. Smile, be happy.