A CHANGE OF VIEW – RICH PASCHALL

The extra bedroom had been turned into a den or office of some sort. It was supposed to be a place to work or study, but actually, it was just a place for Rob to hide out from the family. In there he could read or daydream or actually make use of the computer he was determined to learn more about. This determination did not go much farther than turning it on, looking at the home page, and checking his email. Rob did not get many emails. His friends knew he rarely read them anyway. Rob did not have to use the computer much at work and he used it less at home.

Over time the den had become cluttered with books and magazines. That was Rob’s doing. “These are the things to be read,” he thought. The internet contained sound bites and memes and celebrity pictures and Rob was convinced it held little value for him. You might say Rob was a bit of a throwback to a previous generation. The passing years had confused him and upset the neat world order in his family.  So, he needed his refuge to occasionally escape the modern era.

He had a conservative wife with conservative looks and conservative taste. Despite her ever-youthful appearance, she was likely better suited to the era of black and white television than the present day. She did not seem the daring young girl Rob married over three decades earlier. There were also two teenage children, a boy, and a girl. Rob recalled how he used to call them his “little prince and princess.” Rob’s neatly appointed wife thought he carried on with the “prince and princess” thing too long. Becky continued to be “daddy’s little girl” and certainly acted like a princess, but Josh had transformed into someone else. Until now, Rob had no idea how Josh’s world had changed.

This particular Thursday evening Rob sat alone in the den waiting. He had come home to do something he had never done before, and now he was waiting for a particular moment. He looked up at the clock and it revealed the hour was closing in toward 7 pm. His teenagers had not arrived home and his ever-patient wife was just starting to make dinner. On most days he would not sit in a room with just a low watt energy-saving bulb burning and do nothing but wait, but that was his mission now. He was unsure what he would say when the waiting ended, his mind was actually rather blank and his face was free from an expression of any kind. He looked rather like an old soldier who just had a mortar shell go off nearby. 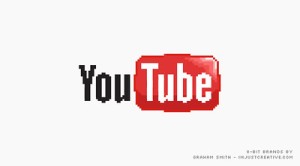 Earlier in the day, Rob was talking to one of the other dads at work. The other dad was much younger, which may have been why he was more in tune with the teenagers and the internet. “Do you ever watch YouTube videos?” the younger dad had asked. “No,” Rob replied, “I am not sure if I have ever seen one.” “Here is one you will want to see. Search this title.” He handed Rob a piece of paper. “It is important. Do it today. Here too is the ‘username’ of the one who posted it just in case you have any trouble finding it.” The younger dad would answer no questions and would not say anymore on the subject. Rob had put the folded-up piece of paper in his pocket and did not take it out until he reached the den. Once there, he went immediately to his desk, turned on the computer, and sat silently.

As he waited for the computer to start up he read the few words on the paper over and over. Could this possibly be some sort of joke? Would they all laugh about it tomorrow in the company break room? Would this just be a few minutes of needed entertainment? When the computer was on, Rob searched for the title. At first, he was confused and a bit nervous. There were so many videos with similar titles he was unsure what to pick. Then he noticed the user name.

When he located the title that matched the one written out for him, he clicked on it quickly, before he could change his mind. He watched the whole thing and when it was over, a single tear rolled down his cheek. There was just one before his tears and his mouth dried up and his palms began to sweat. In his 50+ years, he had never felt like this before, ever. When the clock struck seven, the computer was still on and Rob was still silent.

Soon after the seven o’clock bells tolled for Josh, he opened the front door and came strolling in. When he passed the door of the den Rob yelled, “Josh, get in here.” Josh had never in his life heard such a sound come from his father. As a matter of fact, Rob had never heard such a sound before either. Whatever was the cause of this greeting, Josh knew it could not be good. He stuck his head through the doorway and said, “Yes, sir” in a timid little voice leftover from his “little prince” days. In his 17 years, 3 months, and 2 days, Josh was never this nervous, even when he broke Mrs. Applebaum’s car mirror playing baseball in the street.

“Come over here,” Rob commanded. Josh walked over and stopped across the desk from dear old dad, who just looked old at the moment. “No, over here,” Rob said, pointing to the floor next to where he sat. Josh came around the desk as Rob made ready with his new knowledge of YouTube. When the little prince was in place, Rob clicked on the video and Josh knew immediately what was on the bill. His heart and stomach tensed up as if someone was strangling them from inside. 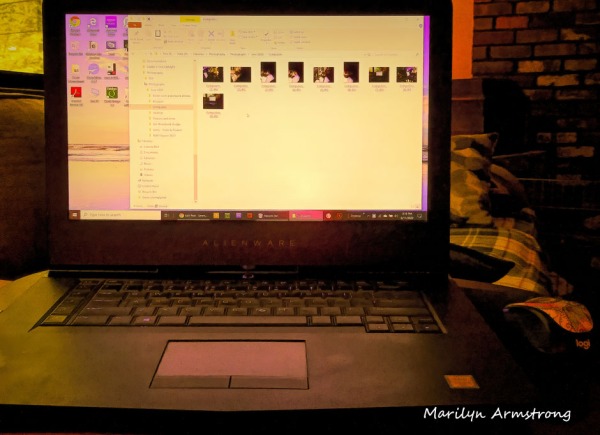 “Dad,” the little prince squeaked. “Quiet,” Rob growled in return. And so for the first time, father and son watched a YouTube Video together, all 8 minutes and 22 seconds of it.  When it was over and an uncomfortable few seconds had passed, Rob said, “Go,” in a soft voice that gave away hurt and betrayal. Josh rushed from the den, ran to his room, and slammed the door. Rob emerged from the den to find his pretty wife rushing to the scene.

“What’s up with you two?” she said. “Did the prince do something wrong?” Rob gave his response a moment of thought and said, “Why didn’t we have kids sooner in life?”  “YOU did not want to,” she laughed. “You said we should be financially sound before we started a family.” She was right, of course. That is exactly what he said. He said it many times throughout the first dozen years of their marriage.

“I think teenagers were not as difficult years ago. There just seems to be so much more to deal with now.” The pretty wife with the perfect hair and the perfect smile looked puzzled, but Rob said no more about it that night or for many nights to come. He had no idea how to tell her that the little prince had come out as gay to the entire world by way of a YouTube video, but was unable to find a way to tell his parents.