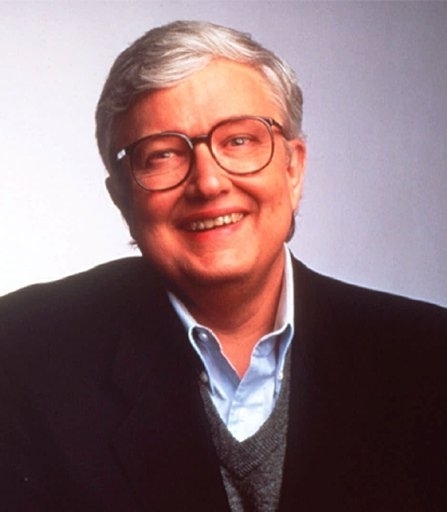 I can’t say that I ever spoke to Roger Ebert, but I can say I was once in the same room with him — specifically, the critics’ screening room in Chicago, where as the entertainment editor for my college newspaper I watched a terrible movie called Farewell to the King, and he and Gene Siskel were there as well, sitting, if I remember correctly, in the back of the little theater. Other critics were snarking and catcalling the screen (I mentioned it wasn’t a very good film), and either Siskel or Ebert (it was dark and I was facing the screen) told them to shut it. They shut it. After the movie was done I rode down in the elevator with him. And that was my brush with greatness, film critic style.

For all that I consider Ebert to be one of my most important writing teachers. He was my teacher in a real and practical sense — I was hired at age 22 to be a newspaper film critic, with very little direct practical experience in film criticism (not withstanding Farewell to the King, I mostly reviewed music for my college paper). I was hired in May of 1991, but wouldn’t start until September, which left me the summer to get up to speed. I did it by watching three classic movies a night (to the delight of my then-roommates), and by buying every single review book Roger Ebert had out and reading every single review in them.

He was a great teacher. He was passionate about film — not just knowledgeable about films and directors and actors, but in love with the form, in a way that came through in every review. Even when a movie was bad, you could tell that at least part of the reason Ebert was annoyed was because the film failed its medium, which could achieve amazing things. But as passionate as he was about film, he wasn’t precious about it. Ebert loved film, but what I think he loved most of all was the fact that it entertained him so. He loved being entertained, and he loved telling people, in language which was direct and to the point (he worked for the Sun-Times, the blue-collar paper in town) what about the films was so entertaining. What he taught me about film criticism is that film criticism isn’t about showing off what you know about film, it was about sharing what made you love film.

I saw how much Roger Ebert loved film that summer, through his reviews and his words. By the end of the summer, I loved film too. And I wanted to do what he did: Share that love and make people excited about going to the movies, sitting there with their popcorn, waiting to be entertained in the way only film can entertain you.

I left newspaper film criticism — not entirely voluntarily — but even after I left that grind I still loved writing about film and went back to it when I could. I wrote freelance reviews for newspapers, magazines and online sites; I’ve published two books about film. Every year I make predictions about the Oscars here on the site. And I can tell you (roughly) the domestic box office of just about every studio film since 1991. All of that flows back to sitting there with Roger Ebert’s words, catching the film bug from him. There are other great film critics, of course (I also have a soft spot for Pauline Kael, which is not entirely surprising), but Ebert was the one I related to the most, and learned the most from.

In these later years and after everything that he’d been through with cancer and with losing the ability to physically speak, I read and was contemplative about the essays and pieces he put up on his Web site. Much of that had nothing to do with film criticism, but was a matter of him writing… well, whatever. Which meant it was something I could identify with to a significant degree, since that is what I do here. It would be foolish to say that Ebert losing his physical voice freed him to find his voice elsewhere. What I think may be more accurate was that losing his physical voice reminded Ebert that he still had things he wanted to say before he ran out of time to say them.

His Web essays have a sharp, bright but autumnal quality to them; the leaves were still on the trees but the colors were changing and the snap was in the air. It seemed to me Ebert wrote them with the joy of living while there is still life left. I loved these essays but they also made me sad. I knew as a reader they couldn’t last. And of course they didn’t.

I had always meant to send Ebert a copy of Old Man’s War, for no other reason than as a token of appreciation. I knew he was a science fiction geek through and through (he had a penchant for giving science fiction films an extra star if they were especially groovy in the departments of effects and atmosphere). I wanted to sign the book to him and let him know how much his work meant to me — and for him to have the experience of the book before the movie, whenever that might be. I tried getting in touch with one of his editors at the Sun-Times, who I used to freelance for in college, to get it to him, but never heard back from her. Later it would turn out he and I had the same film/tv agent, who offered to forward on the book for me. I kept meaning to send off the book. I never did. I regret it now.

Although he can’t know it now, I still think it’s worth saying: Thank you, Roger Ebert, for being my teacher and for being such a good writer, critic and observer of the world. You made a difference in my life, and it is richer for having your words in it.

Or, if you prefer, you can call it Webster Lake.

I’m not sure what I was expecting, but whatever it was, this was different. In fact, Abracadabra Moonshine is unlike anything else I’ve ever read. These quirky stories are fairy tales, but not aimed at children. These are designed to intrigue a mature adult sensibility. I don’t mean mature in the sense that the stories are rife with sex and violence, but rather that characters have logged some time on earth and gained some perspective from the experience.

The stories are charming, witty and clever with unpredictable endings. There’s a little something for everyone … a perfect book for bedtime. If you live in or around Boston, you’ll enjoy the local settings, too. My favorite, Abracadabra Moonshine (in two parts, non contiguous) made me ponder whether or not I should start going to more craft shows. Maybe check out the leather goods.

The stories are  mostly quite short, some a bit too short for me. I am a fast reader and occasionally found myself at the end before I had entirely absorbed the beginning. Rereading solved the problem. The longer tales were more satisfying for me, but I still wanted more. I found myself waiting for the other shoe to drop, literarily speaking. The brevity was surely an intentional choice on the author’s part. There is nothing wrong with the stories or their endings. I just prefer longer form literature and always have. Recently I have I begun to read short story collections and I am in the process of readjusting my reading speed to suit the medium. That’s not easy after a lifetime of flying through books.

On the up side … and it is a very big up side … the stories are perfect bedtime stories. A single tale was just right for reading in its entirety as I was preparing to drift into dreamland. The subject matter was captivating, but not ugly or disturbing. I read a lot of fantasy, much of it violent and sometimes ugly. It was a treat to have an opportunity to dig into stories that were interesting and creative, but not gory or grim. I do not mean every tale has a “happily ever after” ending. Not at all. But at worst, characters get what they deserve. No one is tortured or dismembered.

The writing is elegant, the twists and turns of the plots are clever. The dialogue is believable. It’s a delicious book for grown up children on their way to sleep. If you have never lost your fondness for fairy tales, these will remind you of the stories of your childhood, but set in the modern world. I plan to reread the entire book again. Abracadabra Moonshine is too good to read just once.

It is available from Amazon.com in Kindle format. Enjoy!