I couldn’t resist. Too funny.

Oh selfie oh selfie
Such self loving ain’t healthy
But by God I can’t help me
How I love me endlessly.
iPhone prepped nice and steady,
Prepared pout and pose ready,
In a club somewhere trendy
With my girls who’re my Besties.
With some guys who just met me,
In a toilet nonchalantly,
Silly face or seriously,
Or just me being me.
In my room getting ready,
Half naked, in flagrante,
Showing off my hot body
And my big bubble booty.
The people will love me
Repost and promote me.
They’ll all look and see me.
They’ll all want to be me.
Everybody will watch me
Nobody can stop me
Oh selfie oh selfie
How I love me endlessly.

Daily Prompt: Why Can’t We Be Friends?

We can’t be friends because you won’t like me. Really. Count on it. 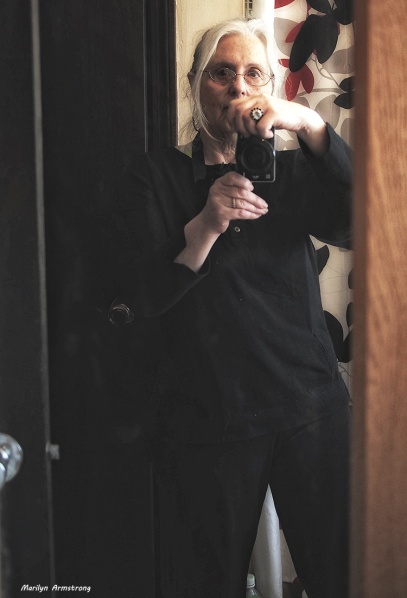 Even if I like you, more than likely won’t return the feeling. I talk too much. My tongue is sharp. If you say dumb things, I will snort derisively. I will not take you seriously if you don’t know any history and don’t read books.

If you take photographs with trash cans in the background, I will not admire them, even if the subject is your most beloved grandchild. She/he would look better — guaranteed — without the trash cans. Unless you are making some kind of artistic statement about grandchildren and trash and I sincerely hope you are not.

I am not everyone’s cuppa tea. Sometimes, I’m not even my own cuppa tea. Actually, I’m not all that fond of tea, except for green tea ordered with Japanese food.

This probably makes me a bad person. Screw it.

Ouch! That really hurts! My back’s been a mess since I was a kid. Fell off one horse too many. Rebuilt in 1967 — fusion and laminectomy using saws, drills and chisels — long before micro surgery and instrumentation. I’m not special because I deal with pain. I’ve got plenty of company. Sometimes, too much company. We’re all squished together in an over-crowded lifeboat.

I’ve had a lot of problems with my back over the years. The fusion, made from bone paste taken from my hip, began to disintegrate about 25 years ago. Nature kindly replaced it with a sheathing of arthritic calcification. That’s not such a bad thing because without the arthritis, I’d (literally) fall apart.

Looking at pictures of me in years gone by, I got to wondering how life landed me here. How did the bright-eyed woman become this creaking achy old thing fighting to keep moving under her own power?

Who is this person?

She doesn’t look or act like me. I can vouch for this because I used to be her, but now I am not at all sure who I am or whose body this is. Maybe while I slept, someone gave me an impostor body. I would jump right on the impostor theory except being me is not something a sane person would want. If I had a say in the matter, I would be healthier, wealthier and younger. Some other body, but I’d keep the brain. I like that part of me.

Remember Christopher Reeve? One minute, he was a big, handsome, strapping movie star. A dreadful split second later, he was someone else.

My down hill slide occurred at the pace at which bones and joints calcify. I broke my back when I was a kid. I was reconstructed when I was 19. For the next 35 years, I refused to pay any attention to my spine. I was not going to be disabled. Not me. It was mind over matter and I am strong.

Turns out, mind over matter only takes you so far. Seven years ago, I began to have trouble walking. My balance became erratic. I lost sensation in my feet and miscellaneous reflexes disappeared. (I didn’t yet know about the heart problems which no doubt contributed.)

I went to doctors, orthopedic hot shots. All of them said I need a new spinal fusion, the old one having fallen apart over the long years. Diagnosis: Horrible spine. Solution: New fusion in which I get screwed together using metal rods. After surgery, I would be in even more pain than now, but my spine would be stable. Say what? This surgery would be the 21st century version of the surgery I had in 1967.

I said Hell no and took my case to the top spine guy in Boston, the Supreme Court of spinal diagnosis. He said I don’t need surgery. More to the point, he said the surgery wouldn’t solve my problems.

This time I heard: “Your back has got you through this far, it’ll take you the rest of the way. Pain control, gentle exercise, and recognize your limits. Don’t do anything stupid.” Like fall off a horse? Lift heavy packages?

There are a lot of members of the back pain club. After you join the club, you usually get a lifetime membership. I finally discovered I have a problem I can’t fix. No amount of persistence, research, medical attention or cleverness is going to make it go away. So I’ve designed the world to make my back happy. We have a back-friendly home. From our adjustable bed, to the reclining sofa, our place is kind to spines.

There’s no moral to this story. It’s just life. If you don’t die young, odds are you hurt. The years roll on, pain gets worse.

I’ve had to accept reality but I don’t have to like it. Sooner or later we all face an intractable problem. Or several. It’s a nasty shock, especially if you’ve always believed you are unstoppable. When you hit that wall, I recommend buying very comfortable furniture.

Entry hall to the college … the portals of academia.

Bright sunlight through the arched glass doorways of the school turn the entry hall luminescent. It’s the way schools ought to look … the way such places always look in your memories. 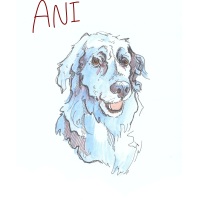 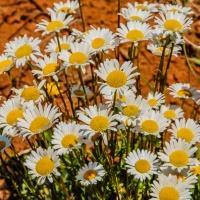