GETTING THE ANSWER – RICH PASCHALL

His 20’s seemed like an absolutely magical time.  Bobby began them with frequent social activities with his high school and college friends.  There was softball, touch football and sometimes bowling.  There were concerts and plays.  There were house parties and gatherings at local sports bars.  Every weekend was an adventure and Bobby was a willing participant in all of it.  If nothing was happening on a given weekend, Bobby would organize something.  He would have people over for a beer tasting event and purchase several different types for people to taste and judge.  He would gather up a group to watch an important sports event at a neighborhood bar.  He would organize a group to go to an Oktoberfest or other festival.  Bobby would not let a weekend go by without something happening.  In this regard, Bobby was quite dependable. 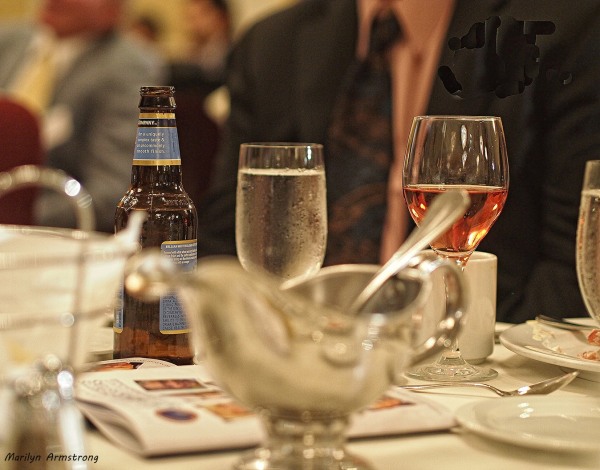 As he reached the end of his twenties Bobby found it a little more difficult to keep the parties going.  Some friends married, started families and were not free every weekend for a Bobby social event.  Others moved away and were no longer nearby to jump into neighborhood activities.  And some were just tired of the Bobby social calendar which began to rely more on drinking in bars than anything else.  Bobby, however, did not slow down and always found someone to participate in his weekend outings, but the numbers had dwindled and Bobby could no longer command the attention of his many friends.

As he marched into his 30’s the lack of friends was barely noticed by Bobby.  He continued his assault on neighborhood bars.  The bartenders of his favorite places knew his name and usually had his beer poured by the time he sat down.  Regular patrons of these bars knew Bobby by name as well.  This made Bobby feel at home whenever he went out to the bars.  It was nice to have friends here, he frequently thought.  It did not dawn on him that all these people were just drinking acquaintances and not really friends, until he reached his middle 30’s.

By that time he found all the partying was wearing him down.  He was no longer in the fine athletic shape he enjoyed when he was just twenty-one.  He did not participate in sports or work out as he once did.  Bobby was handsome and had been quite desirable to many of the young women and perhaps even to some of the guys when he was 30 pounds lighter.  He had paid no mind to that, however, as the social calendar was the most important part of Bobby’s week.  There is no telling why Bobby did not, or could not, develop real friendships.  He was totally clueless as to the reason all the friends he had 15 years earlier drifted away from him.  Perhaps he had drifted away from them.

Headaches and hangovers became the frequent companions to the rapidly approaching middle age Bobby.  It was starting to take him all week to recover from one weekend so he could start up again on the next weekend.  He had taken notice of that and started to give serious thought to getting into better shape.  “I really need to start working out again,” was the thought that began filling his week days.  As a result he joined a health club and actually made a few week day stops there, but his run down feeling generally prevented him from becoming a frequent patron of the club he passed every weekday on his way home from work.

When he was not too hung over, Bobby resumed going to church on Sundays.  It was a practice he abandoned in his early 20’s, since it just did not fit his social calendar.  Now he was asking for guidance.  He desired to change his lifestyle and felt he needed God’s help to do that.  So he prayed often but with little result.  On several Sundays a month he now begged and pleaded with God to help him break free of the cycle of drinking and partying and replace it with something meaningful.  Bobby was smart enough to realize that the weekend bar hopping would never just end without something else to do, and Bobby could not imagine what that might be.

Finally Bobby decided to give up the weekend outings when the New Year came for as long as he possibly could, with or without God’s help.  He figured a New Year’s resolution to stop the weekend madness until at least St. Patrick’s Day would be a great idea.  With a little perseverance, he might give up drinking for lent too.  Imagine no weekend outings until past Easter.  Actually, Bobby could not imagine that but he thought he might give it a try.  While this might seem a reasonable resolution, it terrified Bobby.  He thought he might go stir-crazy during the party break.

Since Bobby had planned that New Year’s Eve was the last night out for a while, he was disappointed to learn there would be a lot of snow.  He ultimately decided not to go out in a storm and he watched New Year’s Rockin’ Eve instead.  It brought back memories of old Dick Clark counting down the old year.  “There are too many drunks on the road anyway.  I can go out anytime.”  So the new year started on a new note.

When the next weekend came, arctic cold arrived to dissuade Bobby from going anywhere but home on the weekend.  As a mater of fact, January had settled into a pattern of snowfalls and subzero temperatures.  Each time Bobby was tempted to go out, he feared losing his nice parking spot on the snowy street or being stuck in sub-zero weather.  By the third weekend, he wanted to hit the local sports bar for the play off games, but the deep snow and bitter cold forced Bobby to reconsider such a plan.  Now all Bobby was seeing was his apartment, his workplace and the snowy roads in between.  After many weeks of this unusual weather pattern, Bobby began to wonder why God was torturing people with the snow and cold.  Surely something was wrong that the awful weather did not just go on for a few days or even a few weeks, because now it had gone on for over a month.

On a February Sunday, Bobby felt pretty good and decided to return to church.  Weather had forced him away from church as well as the bars.  He hardly got out at all for weeks, and then just to the store for a little shopping.  Bobby felt he should point out to the Lord that his weather was keeping Bobby away from church.  Although he did not really expect God to answer, he thought he would just ask him what is up with that.  So he started down the right aisle of the big old church and went half way up toward the front where he picked out a seat he had often chosen.  “Well?” Bobby said to God once he sat down.  He stared at the large stained glass window behind the altar for several minutes before Bobby realized that God had indeed answered his prayers.