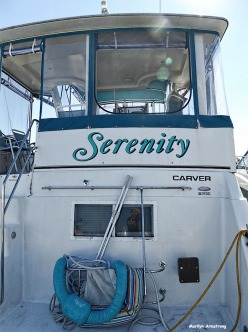 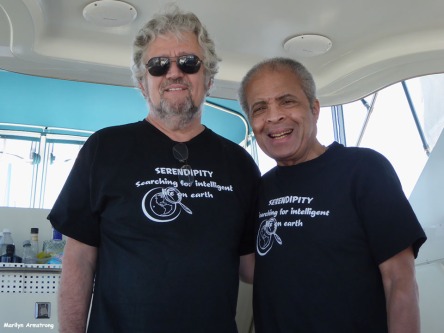 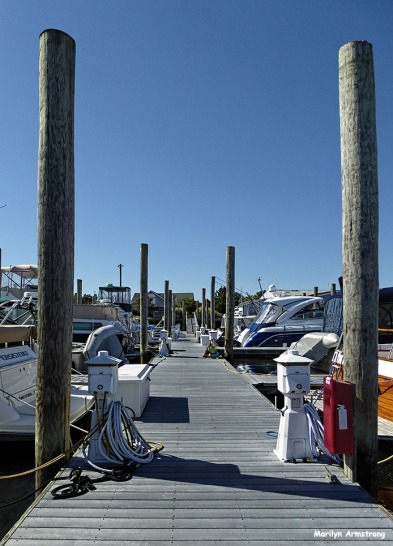 Garry and Marilyn finally — after three or four reschedulings — finally made it to Connecticut to visit Tom and Ellin Curley. Yes, these are real live friends who we have known a very long time. So long that Tom can remember the first house I lived in when Owen was still a rug-rat.

Tom has all his hair. In our world, that’s noteworthy!

Tom and Ellin live in a lovely home in the woods with a stream in the back yard. And a boat called Serenity docked on the Housatonic River in Stratford, Connecticut. Pretty nice boat. Pretty big river. The boat’s transmission is currently MIA, having blown itself up some time back — not while we were aboard,  but it’s a great story, in case Tom (hint, hint) feels like writing about it.

We spent last Thursday hanging out on the boat. It turns out, boats are a great place to hang out, even when they are tied up at the dock. Since Tom has a dinghy with an outboard in good working order, we could still motor up the river, even if the bigger boat is not currently able to do more than float.

Tom took me on a ride, while Garry and Ellin chose to hang with Serenity.

The Serenity is named (by Tom) after the brilliant Joss Whedon sci fi/western series “Firefly” that ran on Fox. “Firefly” lives on Netflix. There’s also a movie, aptly titled “Serenity.” Ellen liked the concept of Serenity which seemed (still seems) a perfect name for a boat. If you can’t find serenity on a boat, you’re hopeless. Many years ago, I had a (very small) sailboat and enjoyed some of my  most serene afternoons sailing her in the salt marshes off the coast of Long Island. But I digress.

I had brought with me the newest in Serendipity swag-wear — the latest version of our tee-shirt. It’s hard to find gifts for people who don’t need anything. Garry and I don’t need anything either, at least not anything anyone can afford to get for us … so after I designed the tee-shirt, it occurred to me I actually could give them each a tee-shirt since both of them blog.

Tom and Ellin were exceeding gracious by dressing in matching tee-shirts, something Tom had sworn he would never do — not ever under any circumstances because (in his opinion) it’s the final sign of senility. But I said I wanted pictures. I had a camera and a photo-hungry blog.

It was a great little mini vacation. Thank you, friends, again for a really love time. And the weather was perfect too. Not too hot, not too cool. Absolutely perfect.

Garry and I together shot more than 300 pictures, so you’ll see more pictures as I come up with excuses to post them. In the photo galleries, the first set are mine, the second are Garry’s. There are many more! Some days are just incredibly photogenic.