Home › Gallery › AN ARRAY OF PAST FLOWERS – Marilyn Armstrong

AN ARRAY OF PAST FLOWERS – Marilyn Armstrong

It’s another grey, cold day. I’m not yearning for flowers as a dedicated gardener. I just long for color. It has been gray and often very dark gray almost all the time since last December. No snow all winter. A little in late autumn and very early December, then nothing until … April?

I cannot entirely blame climate change for our messy, cold, wet spring because spring is an awful season in New England. Everyone used to call it “Mud Season.” First, you’d get snow that lasted from Thanksgiving until late March or mid-April, then it would melt, often accompanied by torrential rains and a wet basement.

I also comforted myself by pointing out to me that at least we weren’t going to run out of water. Because from May or June through August, there was little or no rain at all.

We went one year with not a single rainy day in May to one of two in June, so by August everything was tinder-dry. We were lucky to not have any fires. We did have a pretty big one last month, but they got it put out fast. Afterward, it rained heavily for a few days, which really put the sodden finishing touches on it. 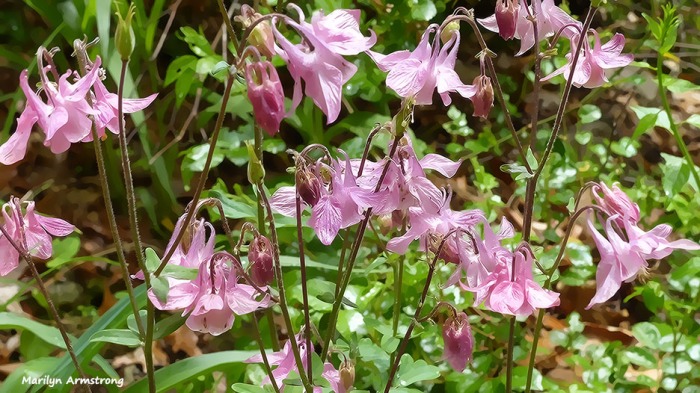 We had a ridiculously warm winter with the kind of torrential rain and wind we normally reserve for our so-to-speak spring. Then, it turned cold. Most of the winter was in the fifties and sixties and periodically, the 70s. 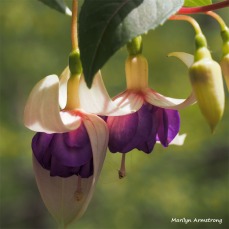 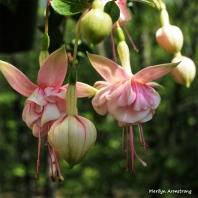 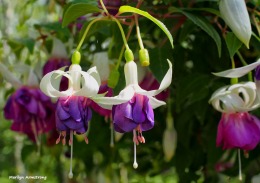 As soon as it became “technically” spring, the temperature at night dropped into the 30s and occasionally even colder and even in the middle of the day, it was only in the low 40s. This can be bearable if the sun would shine. I don’t need sun every day, but once in a while would be nice, especially if we got two days in a row without a storm!

Since our flowers are more than a little pathetic, I thought I’d find flowers of the past. Maybe I’ll feel warmer. You think? 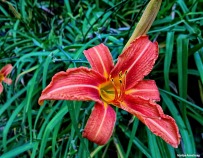 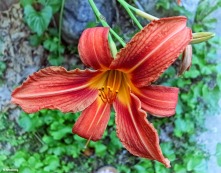 More bud and daylilies — and part of the tractor 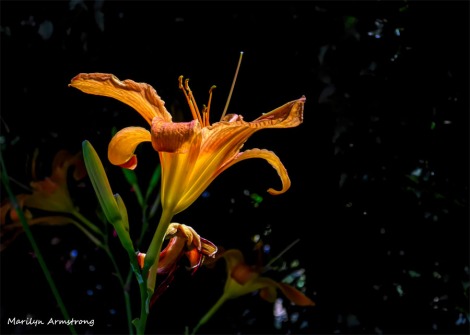 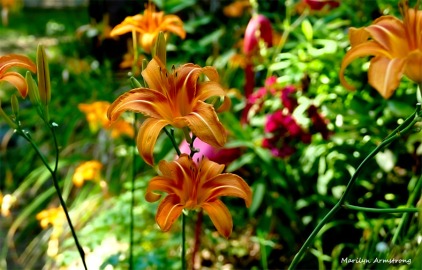 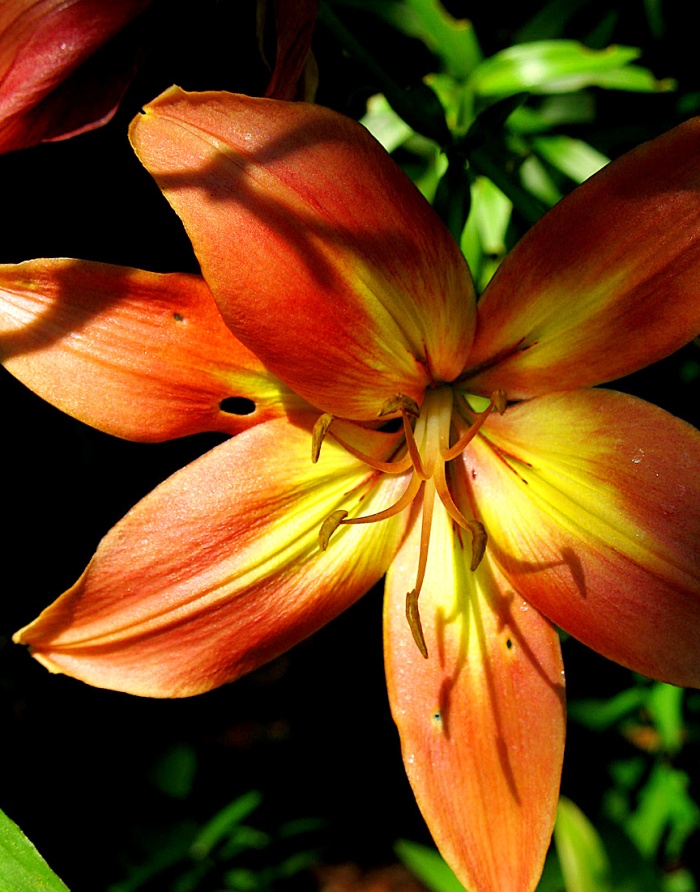 From Child’s Garden of Verses

All the names I know from nurse:

And the Lady Hollyhock

These must be fairy names!

Tiny woods below whose boughs

Where the braver fairies climb!

But the fairest woods are these;

Where, if I were not so tall,

I should live for good and all.